Hatton, winner of the event in 2016 and 2017, heads into the weekend on 10 under; Three courses - Kingsbarns, Carnoustie and the Old Course at St Andrews - used for the Alfred Dunhill Links Championship. 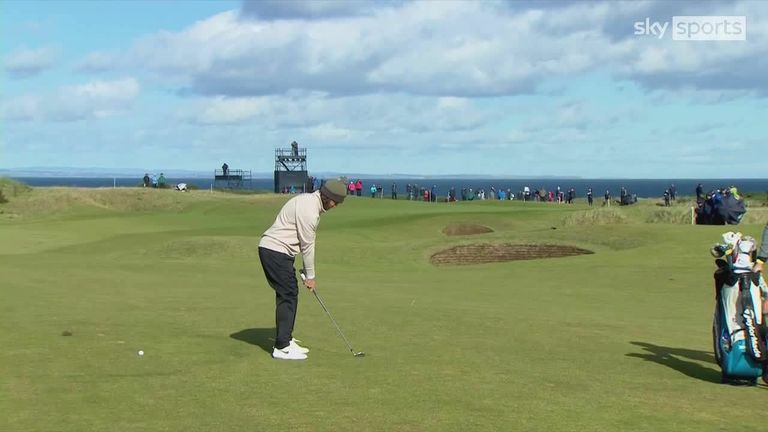 Tyrrell Hatton has bolstered his hopes of a third Alfred Dunhill Links Championship victory after taking a one-shot lead into the weekend in Scotland.

Hatton, who won his first two European Tour titles at the event in 2016 and 2017, followed his opening-round 64 at Carnoustie with a two-under 70 in windy conditions at Kingsbarns.

The Englishman heads into the weekend a shot ahead of Daniel Gavins, who made a four-under 68 at Carnoustie, while Danny Willett is two off the pace in tied-third alongside China's Haotong Li. 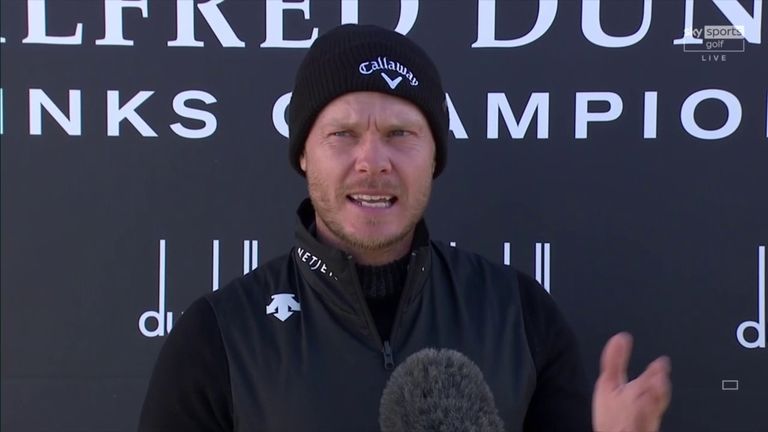 "I'm happy with how I scored," Hatton said. "It was really tough out there. It was quite easy to make mistakes, very easy to hit bad shots. I guess I was fortunate at times - when I did hit a bad shot, I didn't end up in too much of a dodgy position."

Hatton bogeyed the 10th - his opening hole - but made birdies either side of a dropped shot at the par-three 13th, with the world No 19 then cancelling out a blemish at the 16th by birdieing the 18th to get himself back to level par for the day. 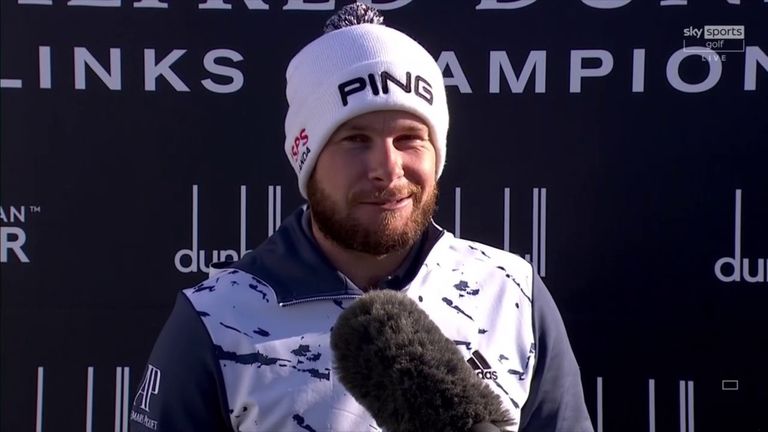 The 29-year-old made back-to-back birdies from the sixth to get to 10 under and closed out a blemish-free second nine, while Gavins got within a shot of the lead after mixing an eagle and three birdies with a lone bogey.

Willett played a three-hole stretch in four under and recovered from a double-bogey at the sixth to birdie the ninth and card a second-round 69 at Kingsbarns, while Li - who has missed the cut in every event he has played in 2021 - is also on eight under after a level-par 72 at St Andrews.

Li, beginning on the back nine, responded to a three-putt bogey at the 13th and another dropped shot at the next with three consecutive birdies from the 17th. The world No 489 hit his tee shot into a bush on his way to a bogey at the fifth and three-putted from inside 20 feet at the par-four next, only to roll in a 15-footer on his penultimate hole.

Tommy Fleetwood is three off the pace on seven under alongside Jeff Winther, while Alex Noren heads into the weekend four behind and Shane Lowry jumped to six under after a round-of-the-day 67 at Kingsbarns.

Who will win the Alfred Dunhill Links Championship? Watch live on Saturday from 1pm and Sunday from midday on Sky Sports Golf.