After two years without a win and a 2021 ravaged by ill-health, Danny Willett fought his way back into the winners' circle on the European Tour with a superb two-shot victory at the Alfred Dunhill Links Championship 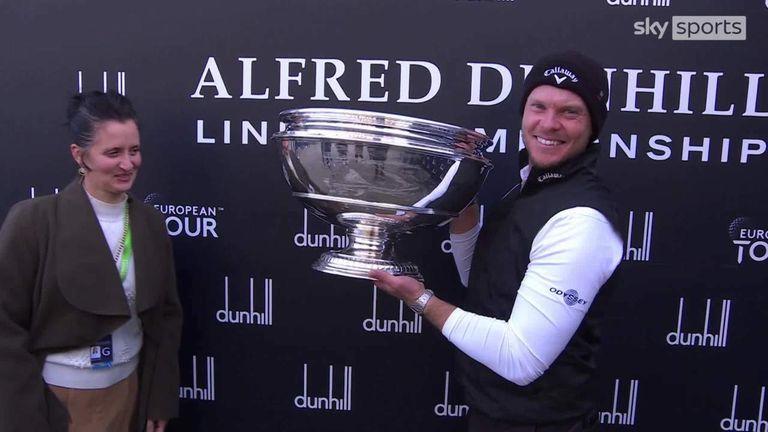 Danny Willett celebrated his 34th birthday with his first win in over two years after a resolute final round at the Alfred Dunhill Links Championship.

Willett's closing 68 at St Andrews was enough to clinch a two-shot victory as Ryder Cup stars Tyrrell Hatton and Shane Lowry were unable to make inroads into their overnight three-shot deficit.

The former Masters champion enjoyed a good start under bright skies with three birdies over the first five holes, and he picked up further shots either side of the turn before parring safely home to stay at 18 under par.

That score was plenty enough to land his first victory since the European Tour's flagship BMW PGA Championship in 2019, since when Willett had slipped to 170th in the world rankings while also battling a number of ailments this year.

Willett's dismal 2021 has seen him test positive for Covid-19 in March, have a wisdom tooth removed in April, and he was also rushed to hospital shortly after playing at The Memorial in June, suffering with appendicitis and also a troublesome hernia which he had removed.

But the pain was a distant memory as he plotted his way carefully around the Old Course, which he played in 10 under par for 36 holes over the weekend, with his mistake at the fourth on Sunday being his only bogey at St Andrews.

With Lagergren in the clubhouse after a 66 took him to 16 under, Willett's negotiated the fearsome 17th with probably his best shot of the season, knocking a bold mid-iron to 20 feet to set up a stress-free par that enabled him to enjoy the victory stroll up the final fairway. 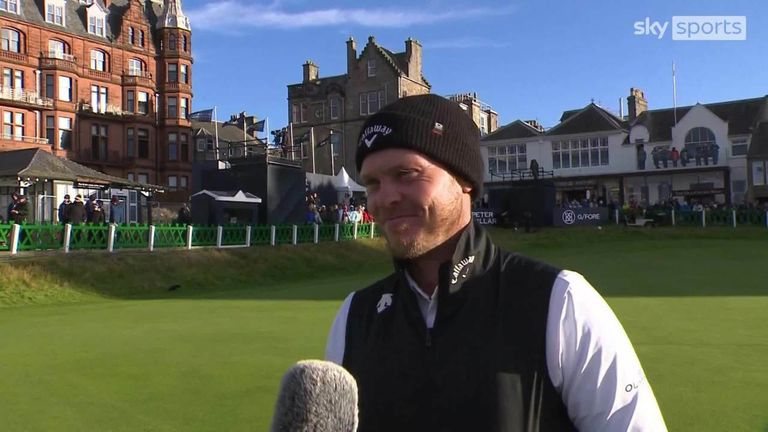 "It's been a good week," said an emotional Willett, whose only top 10 finish this year was in Puerto Rico in March. "Things have been good. The results haven't really been there, but, you know, deep down inside things are pretty close.

"And I've always said if I get a bit of a sniff, I'm usually all right. And today was a nice example of that. Scoring was pretty low on that front nine, and we were able to do to fend off a few guys and play real solid on the back.

"This is a big one. Yes, it's been a relatively average year. We said we'd scratch 2021 out, but fingers crossed now we've got six, seven events left we till we put the clubs down at Christmas, and hopefully we can push on a bit from this."

Hatton capped a bogey-free 67 with his fifth birdie of the day at the last which hauled him into a tie for second with Lagergren, with Lowry and the evergreen Richard Bland sharing the final podium position on 15 under par.

"I'm happy with how I played," said two-time winner Hatton. "Out of the four days, it was probably the best my game felt, but I didn't really hole too many putts. I'll maybe look back on that with a little bit of frustration.

"But it's been a great week. Obviously I was quite tired after the Ryder Cup. So if you told me at the start of the week I'd end up finishing tied second, obviously I'd been quite happy with that.

"And this event has continued to be nice to me, and obviously enjoyed playing with my dad as well. So it's been a special week. And end of the week, I'm happy."

Lowry admitted he is looking forward to spending "a few days on the couch", and the Irishman added: "I'm happy about this one. I feel like I left it all out there today. And top five, coming off of last week, it's my best finish for a while.

"My golf has been good, but you need to finish with a better score around here to get the job done today. It is what it is. I'm a bit disappointed, but I'm really happy with how I played this week and how I handled myself after last week."