Sergio Garcia in tied-fourth on seven under alongside Ryder Cup team-mate Viktor Hovland; Jordan Spieth, Collin Morikawa and Ian Poulter among the group five shots back - watch live throughout the week on Sky Sports Golf 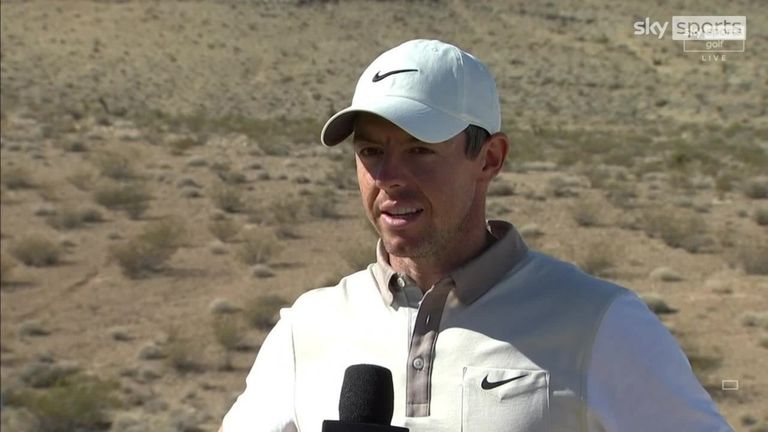 Robert Streb produced a remarkable run of scoring to hold a one-shot lead after a low-scoring opening round of The CJ Cup in Las Vegas.

The CJ Cup at Summit

The world No 141, without a worldwide top-10 all year, made an eagle and five birdies over his first six holes on his way to an 11-under 61 at The Summit Club, his lowest round on the PGA Tour.

Streb's closest challenge came from Keith Mitchell, who carded a bogey-free 62, with Harry Higgs in third on eight under and Ryder Cup team-mates Sergio Garcia and Viktor Hovland in the group four off the pace alongside Hudson Swafford.

"I've never had a start like that, so it was kind of fun," Streb said. "I was trying to stay in the moment the best I can, and I don't know. You just feel like you can start aiming at stuff. Things seemed to be going my way."

That ties the lowest under par through 5 holes in the ShotLink Era 🔥 pic.twitter.com/eA3Hn1XwU3

The two-time PGA Tour winner ended his lightning start with a run of pars from the seventh and a bogey at the par-three 11th, only for him to birdie his next three holes and add another from 20 feet at the 16th before signing off his round by holing from 10 feet at the last.

Mitchell made ten birdies in his blemish-free start and Higgs carded five birdies in a seven-hole stretch to help get him to third spot, while Garcia holed a 20-foot eagle on his final hole to close out a seven-under 65.

"It was a solid day at five under, but to be able to finish it off with an eagle, it makes it a little bit sweeter," Garcia said. "Very happy about my round, very happy about a lot of the shots that I hit."

Jordan Spieth, two-time major champion Collin Morikawa, Rickie Fowler and Ian Poulter are all in a logjam five behind that also contains Hideki Matsuyama, with Brooks Koepka and Tyrrell Hatton - celebrating his 30th birthday - part of the group on five under. 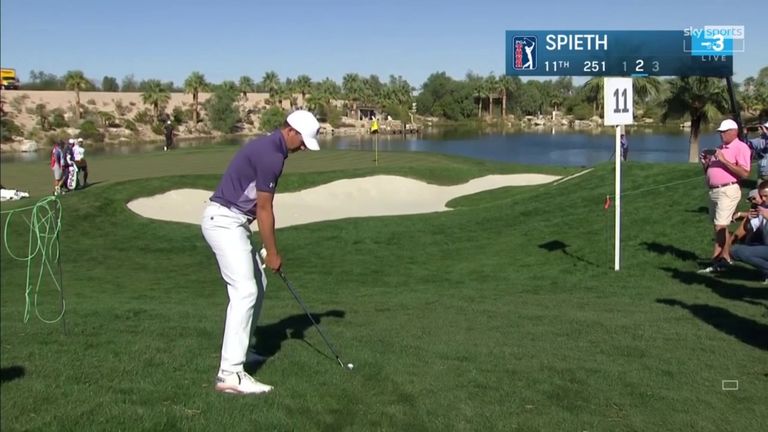 A penultimate-hole triple-bogey saw Rory McIlroy begin his week with a three-under 69 and Justin Thomas carded the same score despite triple-bogeying the par-four ninth, with 69 of the 78-man field finishing the day under par.

World No 2 Dustin Johnson struggled to a two-over 72 and Justin Rose finished on three over after quadruple-bogeying his second hole of the day, while defending champion Jason Kokrak props up the leaderboard after an opening-round 77.

Watch The CJ Cup throughout the week live on Sky Sports. Live coverage continues on Friday with Featured Groups from 3.15pm via the red button, ahead of full coverage from 10pm on Sky Sports Golf.