Sky Sports' Robert Lee on Thomas Pieters: “He’s only 29 and I do believe that he has the best years ahead of him." - Listen to the full conversation on the latest Sky Sports Golf podcast. 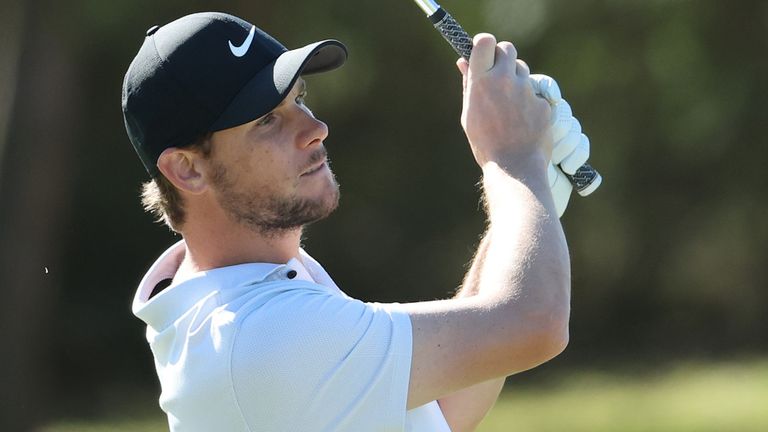 Thomas Pieters is back in the winner’s circle on the European Tour, but could the Belgian soon find himself at the very top of world golf?

Pieters ended a 27-month winless run with a two-shot victory at the Portugal Masters, lifting him back inside the world's top 100 and securing him a spot at the season-ending DP World Tour Championship for the seventh consecutive year.

The 29-year-old became the first rookie to win four of his matches at a Ryder Cup during the 2016 contest at Hazeltine and got as high as 23rd in the world rankings the following campaign, after four top-five finishes on the PGA Tour, although has had limited success in recent seasons.

Pieters had registered top-20 finishes in four of his previous six starts before his latest win in Vilamoura, his fifth European Tour title, with the Sky Sports Golf podcast team believing the win could spark a run even further up the world rankings.

"Thomas Pieters is a world No 1 in waiting," Robert Lee told the Sky Sports Golf podcast. "He is so good. When you look at his game, he putts well, he pitches and chips it well and he hits it unbelievably well.

"He does everything well. He's so strong in every department, but there must be a disconnect because he is so good. He has won five times - which is hard to do - and five wins is great, but he's so much better than that.

"There has to be a disconnect somewhere and there must be a fundamental reason why he's not pushing towards the world's top 10 players. Once you're in the top 10 and you're established there then you can start looking a little bit further north, and there's no reason why he can't do that.

"He's only 29 and I do believe that he has the best years ahead of him. There should be nothing holding Pieters back."

As well as reflecting on Pieters' Portugal success, this week's episode discusses a dominant victory on the Ladies European Tour for Lydia Ko in Saudi Arabia and Viktor Hovland's title defence in Mexico.

Lee and Bunkered digital editor Michael McEwan join regular host Josh Antmann to give their verdict on the PGA Tour's decision to limit the use on green-reading books from next season, plus look back at the other talking points from a busy week in the sport.

There's also an extended interview with Challenge Tour graduate Andrew Wilson, who discusses his career so far and reveals the emotions he experienced securing his European Tour card last week.