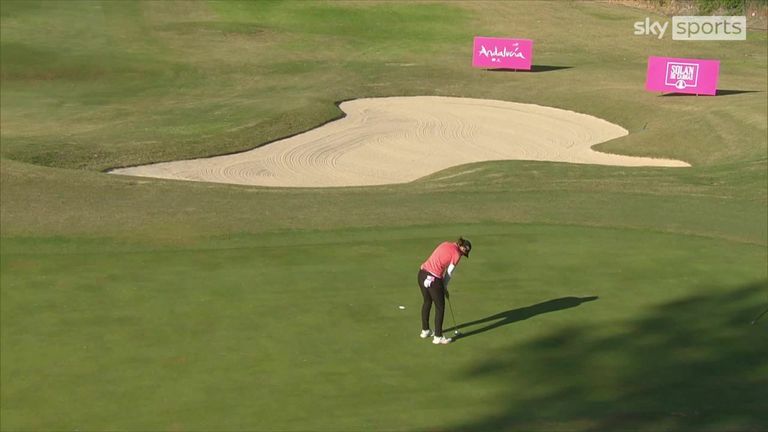 The Spaniard produced a two-under round of 70 to move to 10 under par at a blustery Los Naranjos Golf Club.

Three birdies and one bogey on the back nine ensured the four-time LET winner remained at the top of the leaderboard.

"I think it was a very tricky day, very windy and very tough. This course is tricky with the wind so I'm very happy with the way I handled myself and the last three holes."

Ciganda will play alongside 2021 Race to Costa del Sol champion Atthaya Thitikul in the final round with the teenager moving up to second place with a five-under round of 67.

England's Cloe Frankish fell out of contention as a four-over-par 76 saw her move back to one-over, while her compatriot Hannah Burke is level par after a third-round 73.