Rory McIlroy, a two-time winner in 2021, carded an opening-round 66 to grab a share of the early lead at the Tiger Woods-hosted event; watch the second round live on Friday from 6.30pm on Sky Sports Golf 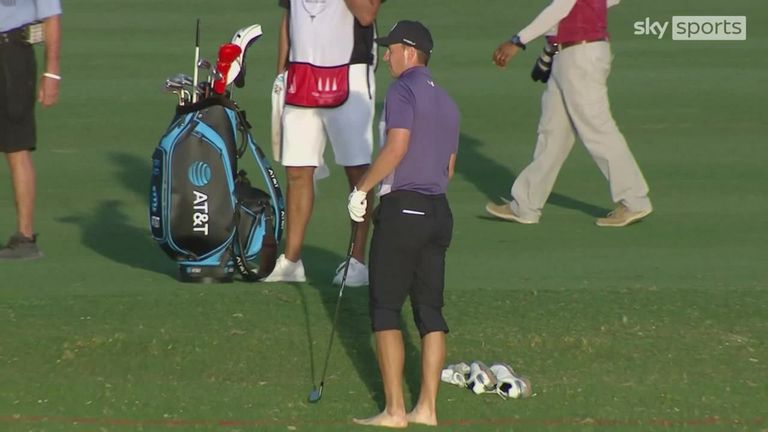 Rory McIlroy is part of a three-way tie for the lead after a low-scoring opening round at the Hero World Challenge in the Bahamas.

McIlroy overcame a mid-round double-bogey to post an eagle and six birdies on his way to a six-under 66, seeing him move alongside Daniel Berger and Abraham Ancer at the top of the leaderboard.

Justin Thomas sits a shot off the pace alongside Brooks Koepka and Webb Simpson, while Collin Morikawa - who can move to world No 1 with a win this week - is two strokes back after an opening-round 68.

🐦
🐦
🐦@JustinThomas34 is dialed in and off to a hot start. pic.twitter.com/jBuYnnlYzU

Playing alongside Morikawa, McIlroy picked up a shot at the par-three second and fired his approach at the fourth to tap-in range, before holing from 10 feet at the fifth for a third birdie in five holes.

McIlroy responded to a double-bogey at the par-five ninth by starting his back nine with successive birdies, with the Northern Irishman chipping in for eagle from off the 14th green and taking advantage of the par-five next to move into a share of the lead. 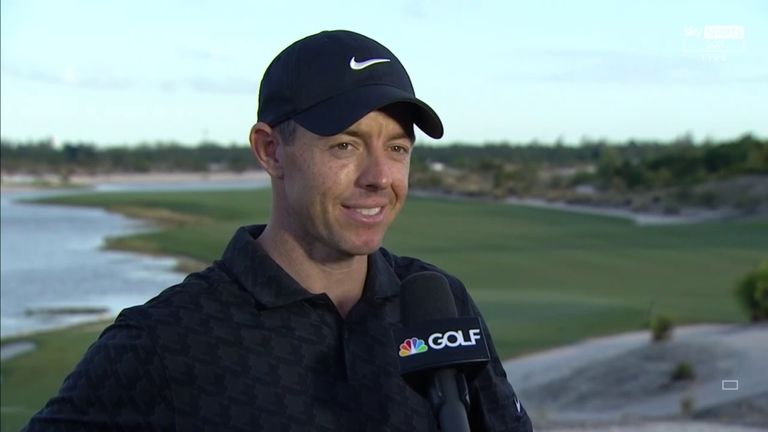 "I can't rely on doing what I did today," McIlroy said. "I made three twos out there, one on a par-four. I need to take care of the par-fives just to make it a little more stress free."

Berger was briefly four ahead after playing his opening 11 holes in seven under, only to bogey the 12th and cancel out a birdie at the 15th by dropping a shot at the last, while Ancer completes the trio on six under after five birdies in a seven-hole stretch on his back nine.

Thomas opened with five birdies in his first seven holes and briefly held the solo lead until a final-hole double-bogey, while Simpson also bogeyed the last having birdied five of his previous six holes to get to five under.

Patrick Reed, Viktor Hovland and Tony Finau are alongside Morikawa in tied-seventh, with Tyrrell Hatton in a share of 11th on three under and 18 of the 20-man field under par after the opening day.