Hero World Challenge: Collin Morikawa moves five ahead in the Bahamas and closes on world No 1

Morikawa closing in on a fourth victory of the year after a third-round 64 at the Tiger Woods-hosted event; Watch the final round live on Sunday from 4pm on Sky Sports Golf. 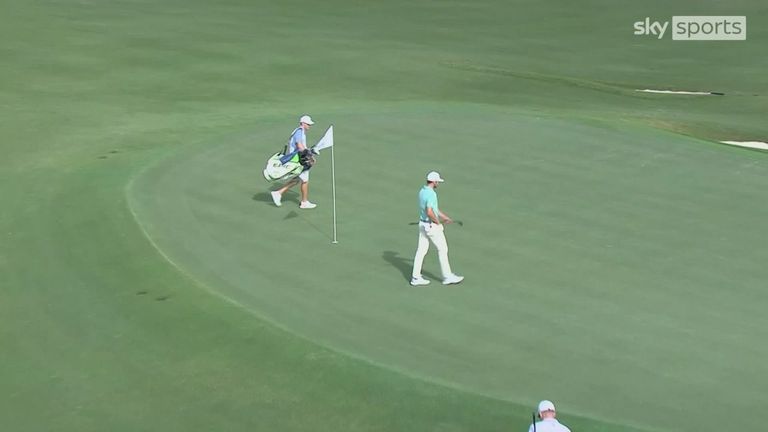 Collin Morikawa moved a big step closer to the world No 1 spot after taking a five-shot lead heading into the final round of the Hero World Challenge.

The two-time major champion, who can leapfrog Jon Rahm at the top of the standings with a victory, pulled clear of the field after making an eagle and six birdies on his way to a bogey-free 64 in the Bahamas.

Morikawa's closest challenge comes from Brooks Koepka, who holds solo second on 13 under, with Patrick Reed one of five players sitting six off the pace in a share of third place. 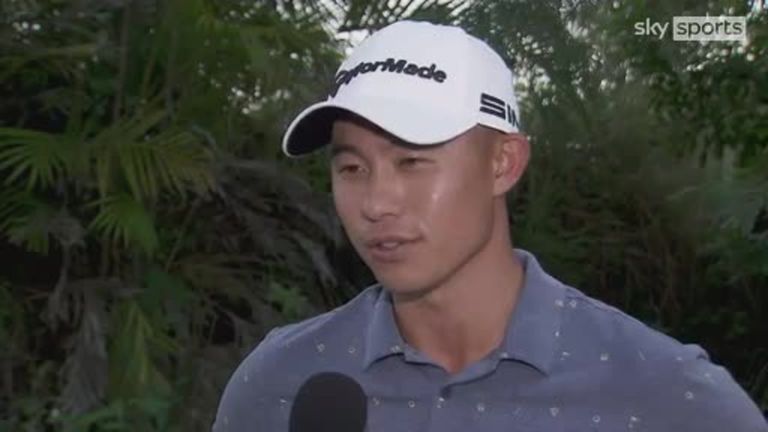 Overnight leader Bryson DeChambeau fell eight behind after a third-round 73, while Rory McIlroy equalled the worst score of the day and dropped to 18th in the 20-man field after a three-over 75.

Starting one behind DeChambeau, Morikawa followed a chip-in eagle at the par-five third by picking up a shot at the par-four next, with three consecutive birdies from the ninth seeing the 24-year-old jump three ahead.

The world No 2 added successive gains from the 14th to go eight under for his round, with a sensational sand save at the par-four last closing out a blemish-free day and seeing him bolster his hopes of registering a fourth victory of the year.

Koepka mixed five birdies with a double-bogey at the par-three eighth to help card a three-under 69, while Tony Finau briefly led during his third round but bogeyed two of his last three holes to slip back to 12 under.

Sam Burns played a six-hole stretch in seven under on his back nine, only to drop three shots over his closing two holes to join the group tied-third, with Reed, Viktor Hovland and Daniel Berger completing the quintet six behind.

Scottie Scheffler holds ninth spot ahead of England's Tyrrell Hatton, who posted a one-under 71, while McIlroy racked up a quadruple-bogey nine at the par-five 11th to drop third-bottom of the leaderboard.

Who will win the Hero World Challenge? Watch the final round live on Sunday from 4pm on Sky Sports Golf.