Jordan Spieth and Henrik Stenson hit by two-shot penalties after playing tee shots from the wrong hole during the final round of the Hero World Challenge; turned their scores at the par-five ninth to a triple-bogey and double-bogey respectively 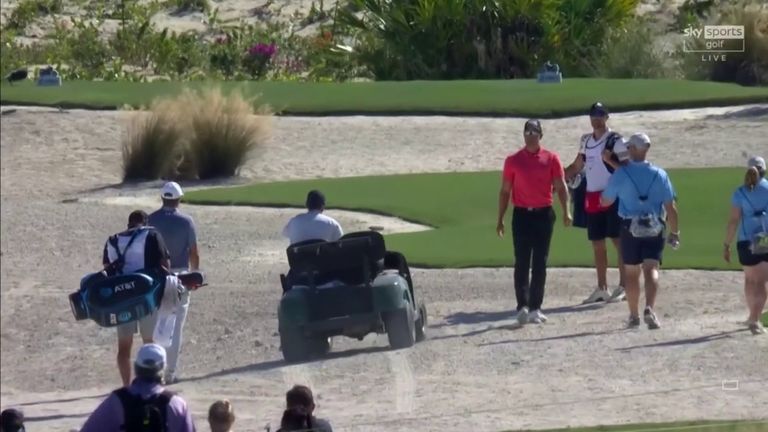 Jordan Spieth and Henrik Stenson saw their disappointing week at the Hero World Challenge go from bad to worse after being penalised for a costly mistake during the final round.

The pair, both former winners of the Tiger Woods-hosted event, propped up the 20-man leaderboard at the Albany before moving further away from the chasing pack with their error on the ninth hole.

Stenson, the 2019 champion, was two under for the day when he reached the par-five, while Spieth was level-par for his Sunday after mixing two birdies with two bogeys over his opening eight holes.

The two players both struck their drives from where they thought the ninth tee box was, although it quickly transpired that the tee had been moved overnight and they had actually hit their shots from the par-three 17th teeing area.

The players were made aware of their two-shot penalty by the PGA Tour rules officials, which turned Spieth's bogey into a triple-bogey and Stenson's original par into a double-bogey.

Spieth double-bogeyed the par-four next and also triple-bogeyed the par-three 12th, with the three-time major champion ending the week in bottom spot despite birdieing three of the last six holes in his final-round 76. Stenson's level-par 72 saw the Swede finish on one over.

Click on the video above to see Spieth and Stenson's tee shot fail!