PGA Tour rookie of the year Will Zalatoris shoots seven-under-par 65 and is tied at the top of the leaderboard with Jason Day after three rounds at Torrey Pines; overnight leaders Jon Rahm and Justin Thomas slip away after enduring tough rounds on Friday 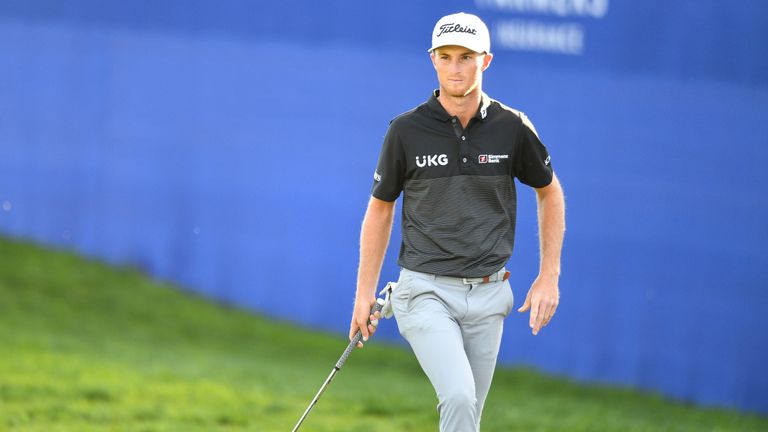 Will Zalatoris shot a seven-under-par 65 on Friday and moved into a tie at the top of the leaderboard with Australia's Jason Day after three rounds of the Farmers Insurance Open at the Torrey Pines South Course in San Diego.

The PGA Tour rookie of the year last season was tied with Day at 14-under 202 heading into Saturday's final round, having started the day six shots off the lead which was shared by three players, including world No. 1 Jon Rahm of Spain and Justin Thomas, ranked No. 6.

An eagle two at the 381-yard, par-four second hole got Zalators' third round off to a hot start. He hit a 338-yard drive to 38 yards from the pin and chipped in from there, landing the ball on the front of the green before it rolled to the cup.

He added five birdies, including three in a row at the eighth, ninth and 10th holes, leaving the American in prime position for his first PGA Tour victory. He made a splash last season when he finished second at the Masters.

Yet his best shot Friday might have come from an awkward lie near a bunker at the 11th. He scooped the ball out of the rough, over a bunker and back into more rough in front of the green, where it checked up and released to within an inch of the cup for a par.

"[The second hole] was pretty awesome, but the one on 11 was just kind of a joke," Zalatoris said.

"That's a shot that you're having an up-and-down contest with your buddies, you're just trying to get it somewhere on the green and I just got away with it. That's a shot that you're having an up-and-down contest with your buddies, you're just trying to get it somewhere on the green and I just got away with it.

Will Zalatoris on his impressive shot on the 11th

"Two is probably a little bit more important in my opinion just because it got the momentum right for the day."

Day had a pair of birdies on the front nine before closing strong with a wild final seven holes. He followed a bogey five at the 12th with birdies on the 13th, 16th, 17th and 18th holes to grab a tie for the lead.

"It's nice to be able to know that I've done it on the golf course twice, not only in regulation but also in play-offs, but tomorrow's a new day and you don't know what's going to come," Day said. "I've just got to kind of get a good rest tonight, get into it tomorrow and just be patient."

After a 66 in the opening round and a 65 on Thursday to grab a share of the lead, Rahm stumbled Friday with a double-bogey six at the 10th.

He put his second shot just over the green and found the edge of the green again on his chip back to the pin, then missed an 11-foot putt for bogey and had just one more birdie the rest of the day.

In total, the Spaniard shot an even-par 72 on Friday and fell into a third-place tie with England's Aaron Rai (68) at 13 under.

"I played great, I think," Rahm said. "I feel like I played a lot better than the score shows. There was only two holes where I struggled and probably gave a couple too many back. 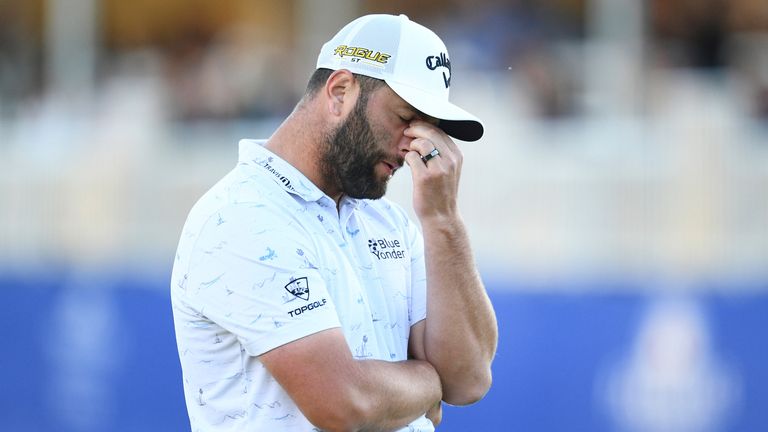 I feel like I played a lot better than the score shows. There was only two holes where I struggled and probably gave a couple too many back.

"Today's one of those days that happened at Torrey Pines South. I played great golf, but I just couldn't take the opportunities and it's going to be hard to shoot low."

Thomas' struggles included a pair of bogeys on the front nine and another pair on the back. He added three birdies on the front side.

The low round of the day belonged to Cameron Young, whose eight-under 64 was only able to move him into a five-way tie for eighth place at 11 under. Also at 11 under was first-round leader Billy Horschel (69).