Rory McIlroy set the pace in Tulsa after a five-under 65 while Jordan Spieth started his bid for the career Grand Slam with a two-over 72; Tiger Woods sits nine behind after an opening-round 74 - Watch the PGA Championship throughout the week live on Sky Sports Golf 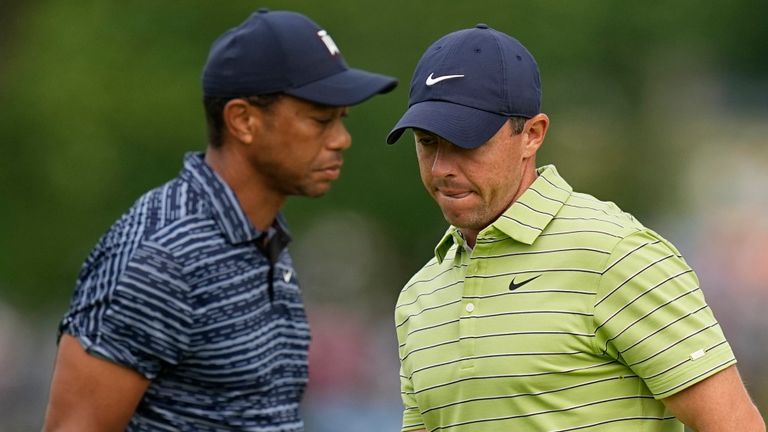 Rory McIlroy ended his torrid first-round record in majors to race into a one-shot lead after the opening day of the 104th PGA Championship at Southern Hills.

McIlroy had posted a combined 35 over par in the first round of majors since his most recent victory at the 2014 PGA Championship, including a one-over 73 at The Masters last month, only to improve that statistic by dominating his star-studded group on the opening day in Tulsa.

Playing alongside Jordan Spieth - chasing the career Grand Slam - and Tiger Woods, who won the 13th of his 15 majors when this venue last hosted the event in 2007, McIlroy pulled clear of the field and set a target that was not beaten with an impressive five-under 65. 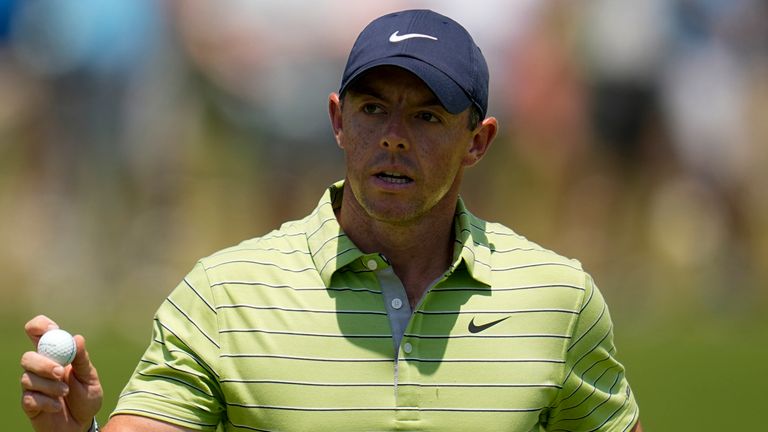 Beginning on the back nine, McIlroy opened with back-to-back pars before a brilliant approach into the par-four 12th left him inches from the flag and marked the start of a run of four consecutive birdies.

McIlroy got up and down from a greenside bunker to take advantage of the par-five 13th and rolled in from 25 feet at the next, with a 10-foot birdie at the 15th lifting him into the solo lead and helping him reach the turn in 31.

The Northern Irishman holed a 15-footer at the second but missed a birdie opportunity from half the distance at the fourth, only to convert from 12 feet at the 665-yard par-five next to temporarily go three ahead. 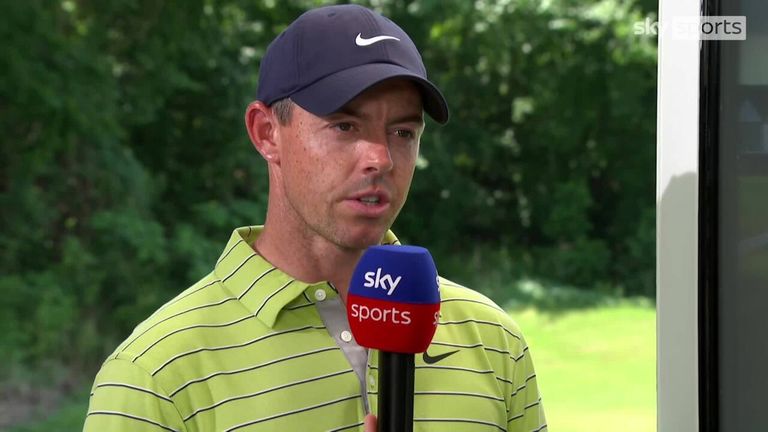 McIlroy's hopes of a '61 round' and the lowest in major history were ended when he missed from nine feet to save par at the sixth, before losing his outright advantage after failing to get up and down from a greenside bunker on his penultimate hole.

The 32-year-old responded by nailing a 20-footer at the ninth to register a seventh birdie of the day, giving him a one-shot advantage after the morning wave over American duo Will Zalatoris - who birdied two of his last three holes - and Tom Hoge. Matt Kuchar and Abraham Ancer both sit two off the lead, with 2017 champion Justin Thomas joining the share of third place when he posted a three-under 67 - the lowest score from the afternoon wave.

Cameron Smith recovered from a slow start to join Xander Schauffele in carding a two-under 68, a score matched by Matt Fitzpatrick in the afternoon, while Woods and Spieth were unable to replicate McIlroy in building on their impressive starts.

Woods, making his first start since his long-awaited comeback at The Masters, had followed a close-range birdie on the 10th by holing from 15 feet at the 14th, only to drop a shot at the next after a poor tee shot and he then recorded three consecutive bogeys from the 18th.

The former world No 1 briefly stopped the rot by birdieing the third but bogeyed the next to slip further behind, before following a bogey at the 17th by taking two shots out of the rough on his way to a final-hole blemish that left him signing for a four-over 74. 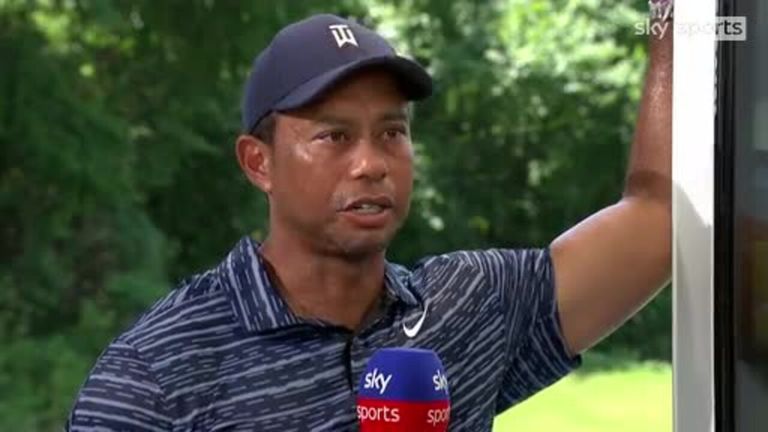 Spieth had also started strongly with a 10-foot birdie at the 12th although he quickly saw his round derailed with three bogeys in a four-hole stretch from the 15th, with the three-time major champion dropping another shot when he missed from four feet at the sixth.

A 12-foot birdie at the next and clutch save from the rough at the last salvaged an opening-round 72, although Spieth has work to do if he is to keep his hopes alive of becoming just the sixth golfer in history to complete the career Grand Slam.

The world's top three finished over par in the afternoon, with Scottie Scheffler bogeying two of his final three to post a one-over 71 and Collin Morikawa bogeying the last to sign for an opening-round 72. Jon Rahm, the only player who can overtake Scheffler as world No 1, followed a double-bogey at the eighth with two bogeys on his back nine to struggle to a three-over 73.

Dustin Johnson matched Rahm's tally and four-time major champion Brooks Koepka carded a first-round 75, while FedExCup champion Patrick Cantlay is in danger of missing the cut after a six-over 76. The afternoon starters will also get the worst of the conditions in Friday's second round, where gusts are expected to reach 45 miles per hour.