Justin Thomas' return to the winners' circle, a different type of disappointment for Rory McIlroy, Tiger Woods' future and the possible impact of the Saudi-backed LIV Series feature in our top talking points from the 2022 PGA Championship

Justin Thomas joined an extremely elite group on Sunday as he became just the sixth player since the Second World War to have recorded 15 PGA Tour wins - including two major titles - before reaching the age of 30.

While an incredible level of talent helped all six achieve so much so early in their career, the fact that Thomas has joined this group speaks to the remarkable consistency in his game.

The 29-year-old has not missed a cut since last year's PGA Championship - a streak that reached 24 tournaments this weekend, while he also has amassed 11 top-10 finishes in his last 17 tournaments.

Despite that incredible run and the prolific nature of his career, the win at Southern Hills was his first since the 2021 Players Championship.

It is a scary thought for his rivals, but with the boost of getting that winning feeling back, Thomas appears - perhaps more so than many of his peers - perfectly set to dominate the sport as he enters his 30s.

It all seemed so promising for Rory McIlroy after the opening round in Tulsa.

A stunning five-under-par 65 to earn the lead on Thursday evening ended a torrid run in the opening round of majors and ignited hopes of ending his eight-year wait for one of the sport's four biggest prizes. 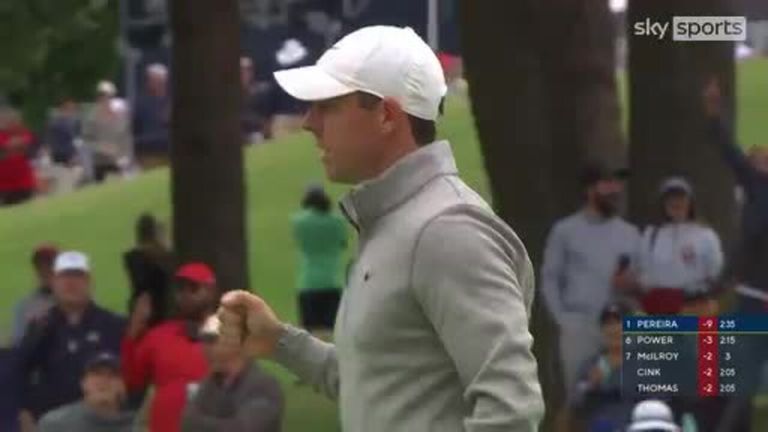 However, the theory that all McIlroy needed to do was get off to a better start in a major was swiftly proven wrong as he proceeded to play himself out of contention over the second and third rounds.

As was the case at The Masters last month, a final-round fightback followed, but it was too little, too late once more, and only adds credence to suggestions that - at this stage of his career - McIlroy can only summon his best golf at majors when the pressure is off.

With the 'slow start' diagnosis for McIlroy's major drought no longer applicable, the Northern Irishman must question why he continues to be unable to consistently produce his best when it matters most. While there was no doubt that the Thursday-Friday group made up of Tiger Woods, McIlroy and Jordan Spieth was the most eye-catching, the group the winner appeared most likely to come from was the one made up of the world's top three ranked players.

Fresh off his dominant display at The Masters, Scottie Scheffler was playing alongside fellow major champions Jon Rahm and Collin Morikawa, but the world No 1 would fail to make it to the weekend as he shot six over across the opening two days.

Ice-cool throughout at Augusta, Scheffler's frustration levels were so great at Southern Hills that he had an uncharacteristic outburst during his opening round. 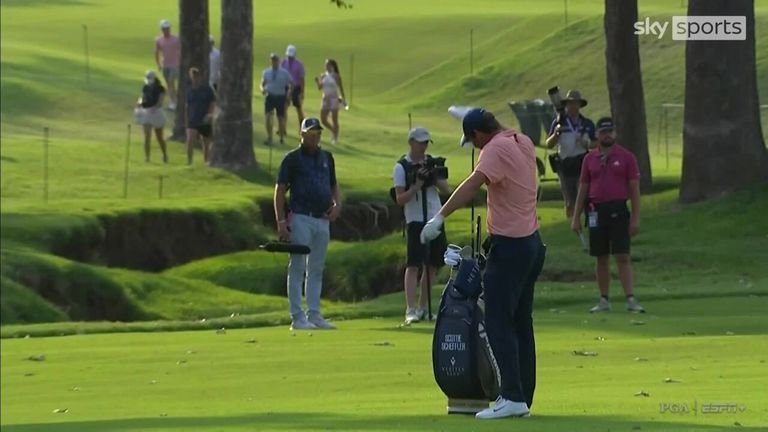 Rahm and Morikawa both made it to the weekend, but neither came anywhere near contending, and finished their rounds on Sunday around the same time the leaders teed off.

While they were dealt the tougher half of the draw in terms of weather on the opening days, all three would have expected to overcome those conditions - as others managed - and be in position to contend.

Each will consider this an opportunity missed, but will no doubt arrive at Brookline for the US Open next month highly motivated to avoid another no-show.

What should wounded Tiger do next?

It was a tough week for Woods, but he still managed to provide golf fans with a treat as he gritted his way into the weekend with a 69 on Friday, despite visibly struggling to get round on his rebuilt right leg.

That would be the high point for the 15-time major champion, as he carded a nine-over 79 in tough conditions on Saturday before withdrawing from the tournament ahead of the final round.

There appears to be a split in opinion among the experts on what Woods' best path going forward is regarding his schedule, with the US Open to come next month and The Open in July.

Some believe Woods needs to get himself tournament-ready by playing events in the build-up to majors, while others think he should wait and make his next appearance at The Open, which he has already committed to.

Sky Sports' Paul McGinley has said he does not want to see Woods become a "ceremonial golfer", drawing a comparison to the career of five-time major champion Seve Ballesteros.

"All we can do is wish him well," McGinley told the Golf Channel. "We'd love to see him back, we want to see him back. He's such a proud player that he doesn't want to come back and just be a ceremonial golfer.

"We don't want to see that either. I went through that with Seve Ballesteros, watching him on the European Tour being a ceremonial golfer to some extent his last four or five years and it wasn't very nice to experience.

"We don't want to see that with Tiger Woods and hopefully there's some more to come and better rehab to come, and also golf courses that are going to be kinder to him."

Lee Westwood, Sergio Garcia and Richard Bland arrived at Southern Hills with additional attention on them, having all made public their intention to play at the first event of the Saudi-backed LIV Golf Invitational Series in Hertfordshire next month.

None of three Europeans would make the cut. Westwood (+6) and Bland (+10) disappointed despite being in the more favourable half of the draw, while Garcia (+7) could not defy the tougher conditions.

Reports on the eve on the tournament claimed Westwood's long-time sponsor UPS had cut ties with the Englishman, while all three have been subject to criticism over their intention to play at the event.

Each may insist their poor performance had nothing to do with the external circumstances, but it is at least notable that the trio all struggled.

It remains to be seen whether they will ultimately tee it up at the Centurion Club from June 9-11, with possible sanctions to come from the PGA Tour and DP World Tour, but it will be interesting to monitor how they - and other players who want to play the LIV events - are received by the golfing community.

When are the rest of this year's majors?

There is only a very short wait for major action, with the US Open being held at The Country Club in Brookline from June 16-19.

The men's major season then reaches its climax at The 150th Open from July 14-17, with Woods confirming he intends to tee it up at St Andrews, with all the majors once again exclusively live this year on Sky Sports Golf.