Brittany Altomare came from three down to beat Minjee Lee in the second round of matches at Shadow Creek; England's Jodi Ewart Shadoff followed up her win over the reigning champion with a victory over So Yeon Ryu 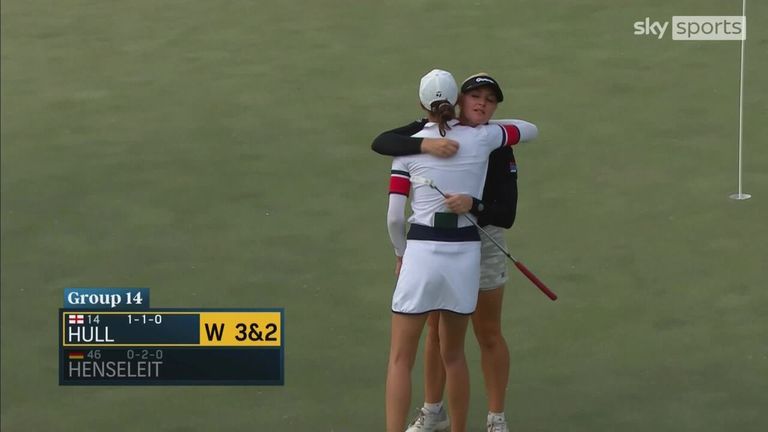 Brittany Altomare rallied to beat top-seeded Minjee Lee 2 and 1 on Thursday in hot conditions at Shadow Creek in the second round of group play in the Bank of Hope LPGA Match-Play.

Three down after five holes and again after seven in the heat, Altomare cut her deficit to one at the turn with a birdie on the eighth hole and an eagle on the par-five ninth.

The American pulled even with a par on the par-four 12th and took a 2-up lead with birdies on 13 and 14. She then halved the next three with pars to end the match.

"I didn't start off the way that I wanted to but, if I've learned anything from Solheim the last couple years, it's you just can't give up because you never know what's going to happen in match play," Altomare said.

"I wouldn't say intimidated, but I just knew I had to play well. Obviously, she's playing great and she's an amazing player. There are not enough words to describe her golf game."

The winners of the 16 four-player groups will advance to single elimination at the conclusion of round-robin play Friday. Altomare (1-1) will face Youngin Chun (0-2) on Friday, and Lee (1-1) will play Caroline Masson (2-0). Masson beat Chun 2 and 1.

Lee is trying to win for the second straight event after taking the Founders Cup on May 15 in New Jersey. The Australian is ranked fourth in the world.

Jodi Ewart Shadoff followed her opening 6 and 5 victory over defending champion Ally Ewing with a 3 and 2 decision over So Yeon Ryu (0-2). Ewing beat Jasmine Suwannapura (1-1) 3 and 2.