Linn Grant ended the week on 24 under and nine clear of both Henrik Stenson and Marc Warren at the Scandinavian Mixed; the Swede's historic DP World Tour victory is her sixth worldwide win since turning professional last summer 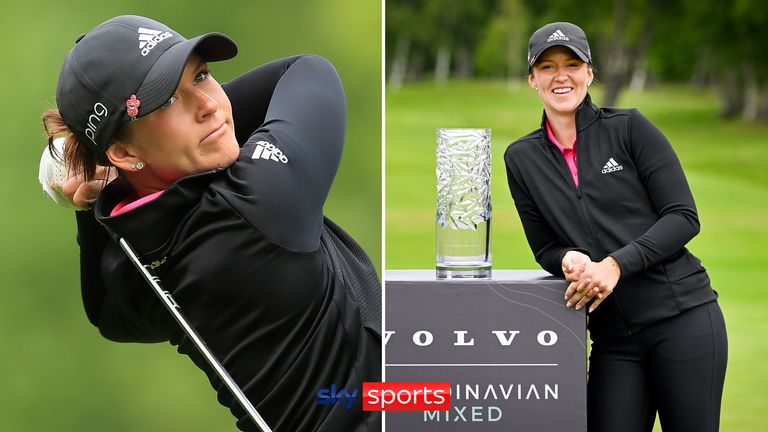 Linn Grant has become the first female winner in DP World Tour history after cruising to a dominant nine-stroke victory at the Scandinavian Mixed in Sweden.

The 22-year-old, already a two-time winner on the Ladies European Tour this season, completed the biggest victory of her career at an event where 78 women and 78 men from the DP World Tour play over the same course for one prize fund.

Grant took a two-shot lead into the final day at Halmstad Golf Club and never relinquished control during a special Sunday, birdieing five of her opening six holes on her way to a brilliant bogey-free 64 on home soil. The Swede ended the week on 24 under, nine ahead of Scotland's Marc Warren and tournament co-host Henrik Stenson, with Grant's total some 14 shots better than nearest female challenger Gabriella Cowley.

Playing alongside Jason Scrivener, Grant - who only turned professional last summer - made a dream start with back-to-back birdies and extended overnight advantage by firing a brilliant tee shot to set up a close-range gain at the fourth.

Grant got up and down from just short of the green to take advantage of the par-five fifth and added another birdie at the next to go five under after just six holes, before negotiating the next three holes problem-free to reach the turn in 31.

Grant was unable to take advantage of birdie opportunities at the 15th and 17th, with a two-putt par at the last signing off a career-changing success and equalling the lowest round of the week.

"I didn't see it [the lead] until the 13th green, where the screen was, and it was a little bit [of a shock]," Grant admitted. "I thought maybe three or four ahead, but then when I saw eight I was like I can actually breathe out a little bit and go on and do my thing. 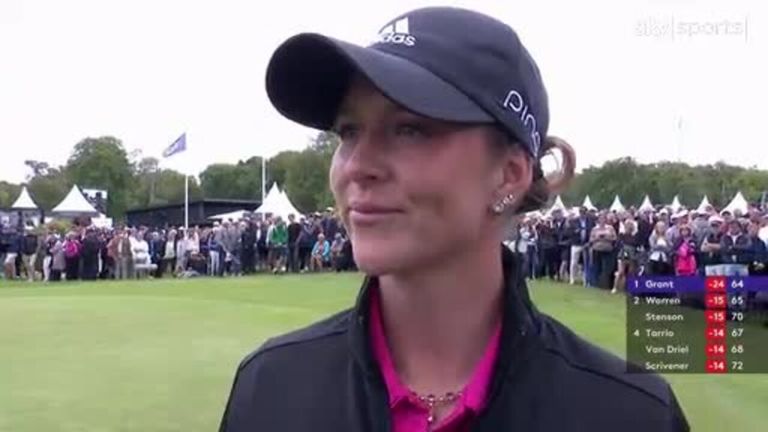 "I just hope that people recognise women's golf more, sponsors go to the Ladies European Tour and hopefully this pumps up the women's game a little bit more."

When asked how much the thought of beating the men was a motivating factor, Grant added: "For sure, that was the most important thing! It's a nice feeling and all week I've just felt it was the girls against the guys and whoever picked up the trophy was representing that side of the field."

Warren charged up the field on the final day with a bogey-free 65, with Stenson joining him on 15 under after a final-hole birdie. Scrivener finished in tied-fourth with Spain's Santiago Tarrio and Dutchman Darius van Driel, some 10 strokes behind Grant.

Grant only turned professional last summer but already has three LET titles to her name and six worldwide, with tournament co-host Annika Sorenstam backing her compatriot to enjoy more success in the future.

"What a performance!" Sorenstam said. "I'm so excited and so happy for Linn. She has played very well, running away from the field, but it has been nice to see her up and play really solid golf. This golf course is not as she has made it seem! 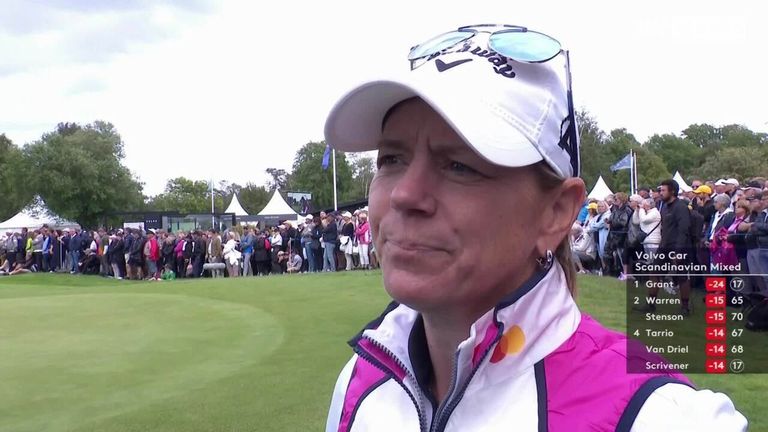 "This shows that we can play against each other in a fair competition and I hope we can use this and people see the quality of women's golf - Linn couldn't prove it any other way.

"To come to Sweden, to have this tournament and have a Swedish winner on home turf, it doesn't get much better than that! We're all about entertainment, all about having fun and all about providing something special and I think that Volvo Car Scandinavian Mixed has definitely done that."

On whether Grant could become a new star in the women's game, Sorenstam added: "I hope so. I've gotten to know Linn a little bit, she has played some of the Annika Foundations events, but she has really blossomed over the last year and a half or so.

"I played with her the first two days and she was very impressive. She hit it high, hit it long and didn't really make a lot of mistakes. To be so aggressive on the greens, it takes a little bit of experience. I know she has won recently but she's quite new to the winner's circle."