Brooke Henderson finishes a shot clear of LPGA Tour rookie Sophia Schubert after battling to a level-par 71, with England's Charley Hull and Carlota Ciganda among the large group tied third after an incredible final day 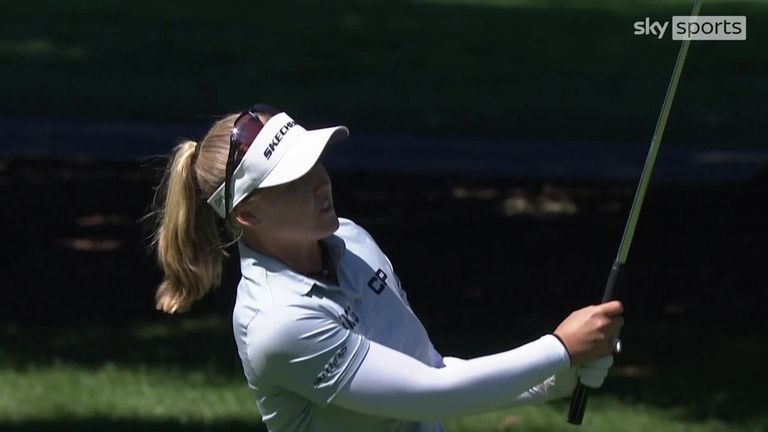 Brooke Henderson came through a rollercoaster final round to snatch a dramatic victory and second major title after a thrilling finish at the Amundi Evian Championship.

Henderson rolled in a 10-foot birdie on her final hole to salvage a level-par 71 and finish a shot clear of Sophia Schubert, on a day where at least 10 players challenged for major victory.

England's Charley Hull finished two strokes back in a share of third as she threatened to claim a maiden major title, with Carlota Ciganda, Lydia Ko, Hyo Joo Kim and Japan's Mao Saigo also ending the week on 15 under. 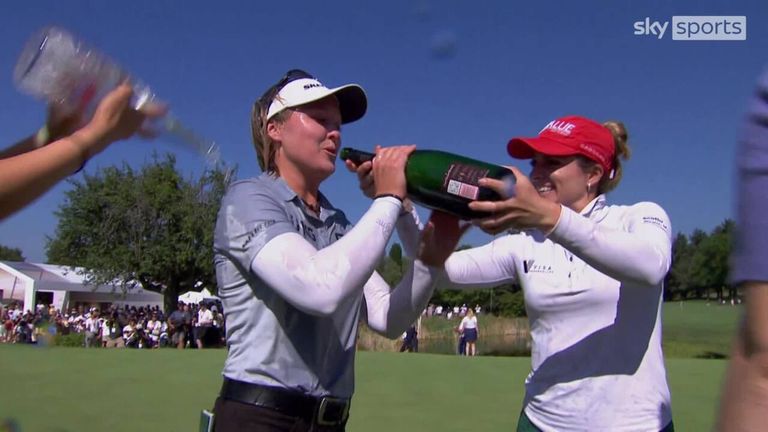 "It was definitely an interesting day," Henderson said. Not the day I wanted but I stayed patient. The saying is majors are won on the back nine on Sunday so I kept that in mind. I'm super excited to have my second major win."

Henderson saw her two-shot overnight lead disappear with a bogey at the first, as So Yeon Ryu rolled in a 15-foot birdie to briefly move alongside tied for the lead but then followed a dropped shot at the third with a double-bogey at the par-five fifth.

Nelly Korda briefly jumped ahead when she holed out from a bunker to eagle the ninth and move to 14 under, while Henderson double-bogeyed the sixth but birdied the par-five next to temporarily edge back ahead.

The overnight leader bogeyed the 11th to allow Schubert - who had started the final day four behind - to move into the solo lead with back-to-back birdies, only for Henderson to birdie the par-three 14th to move into a four-way tie for the lead.

Henderson and Schubert took advantage of the par-five next to get to 16 under and then both made pars on the next two holes, as Sei Young Kim's hopes ended with a penultimate-hole double-bogey.

Schubert had to settle for a closing par after missing her 10-foot birdie attempt, as Henderson recovered from finding trees off the tee to produce a brilliant birdie-four to secure a second victory of the season. 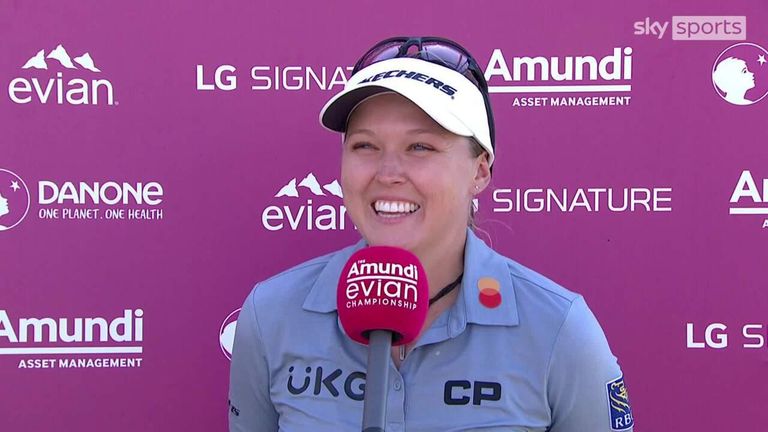 Hull had started six shots adrift but mixed eight birdies with four bogeys to move up the leaderboard on the final day, while compatriot Georgia Hall was in a share of eighth place alongside the likes of Jin Young Ko and Nelly Korda after a birdie-eagle finish saw her sign for a final-round 65.

"I've had quite a good start to the season," Hull said. "Was in contention quite a bit. I played a couple LET events, was in contention there. Yeah, just feel good going into Scottish and British [AIG Women's Open]. Back in contention, especially in a major."

The LPGA Tour season heads to Scotland next week for the Trust Golf Women's Scottish Open, before the AIG Women's Open - the final women's major of the season takes place from August 4-7. Both events will be live on Sky Sports Golf.