Darren Clarke secured his first senior major title with a narrow victory in Scotland; Victory sees the Northern Irishman join Gary Player, Bob Charles and Tom Watson as only players to have won The Open and Senior Open in their careers 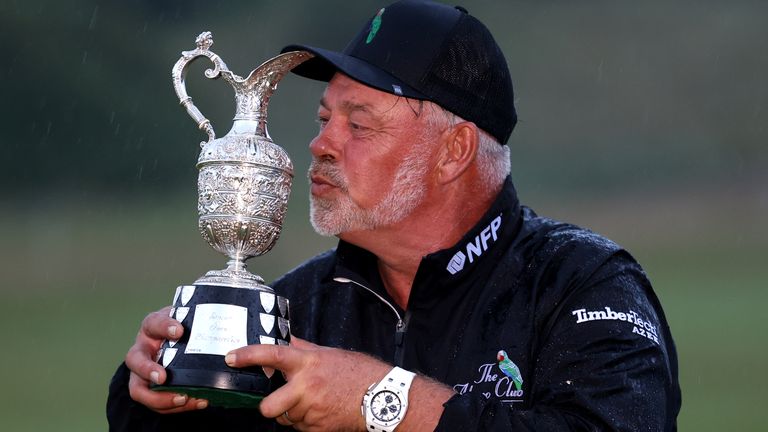 Darren Clarke held off a late charge from former Ryder Cup captain Padraig Harrington to claim a one-shot victory after a weather-delayed final round at the Senior Open.

Clarke mixed two birdies with a lone bogey in tough conditions on the King's Course, seeing the Northern Irishman end on 10 under.

Victory is Clarke's first senior major title and sees him become only the fourth player in history to win The Open and the Senior Open, following on from Gary Player, Bob Charles and Tom Watson. 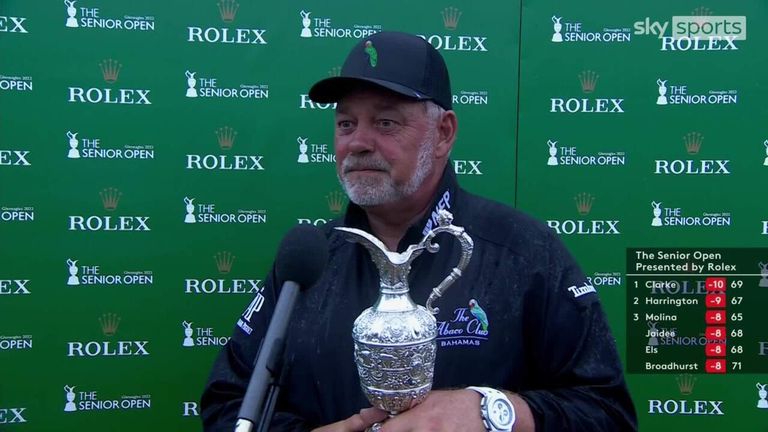 "When I won some of my biggest tournaments, The Open, WGCs, I have a sense of calmness," Clarke said. "I don't know where it comes from because if I'd been able to grab a hold of it a few more times in my career, I probably would have won a few more times.

"This week, I had that calmness again. I think it comes from being accepting, knowing that I hit some poor shots now and again. I'm not going to hole that many putts or whatever. And when you're accepting, it's easier just to amble along and accept the outcome." 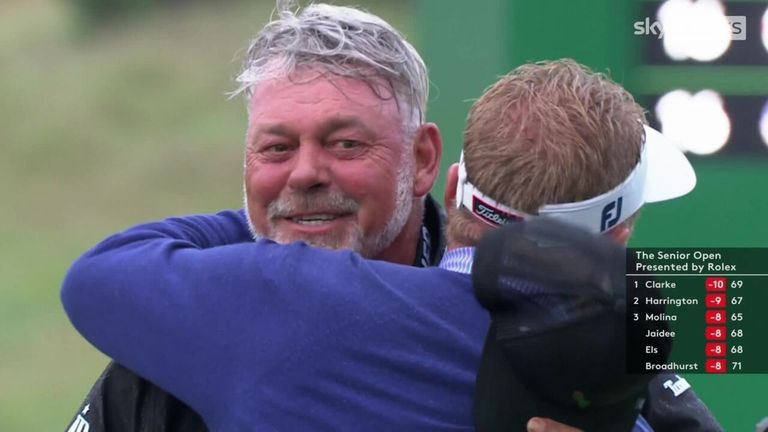 The 2011 Champion Golfer of the Year opened with nine straight pars and cancelled out a bogey at the par-five 10th with a birdie at the par-four 12th, before an incredible two-putt from just off the par-five 18th green saw him edge ahead of clubhouse leader Harrington.

Harrington had limped to the turn in 37 but charged up the leaderboard on his back nine with six birdies, including four in the last five holes, with the US Senior Open champion narrowly missing out on a second successive senior major victory.

Doug Barron carded a bogey-free 65 to equal the lowest round of the day, matched by Argentina's Mauricio Molina after a birdie-birdie finish, with the pair part of a six-strong group sharing third place.

A final-hole eagle lifted Paul Lawrie inside the top-10 on home soil, while four-time Senior Open champion Bernhard Langer dropped to tied-12th after a one-over 71 and Jerry Kelly slipped down the leaderboard with a seven-over 77.