Bubba Watson's move to the breakaway LIV tour was announced ahead of the series' third event at Trump National Golf Club Bedminster, which gets under way on Friday with recent defector Henrik Stenson in the field 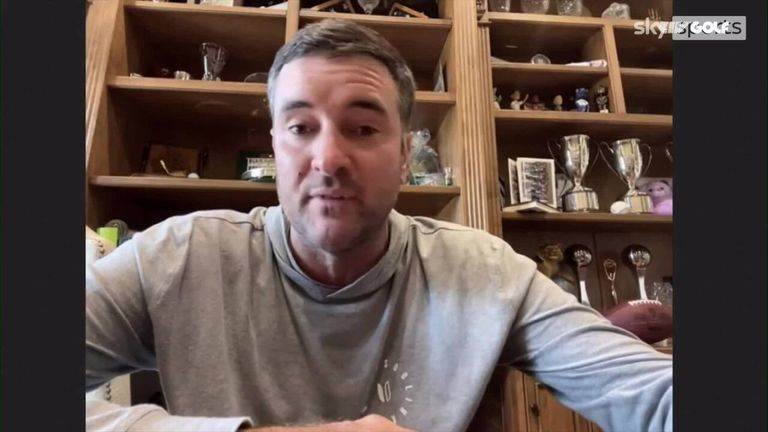 Bubba Watson has become the latest high-profile player to switch to the LIV Golf Invitational Series.

The two-time Masters champion's move to the Saudi-backed series was confirmed ahead of the start of the third LIV series event at Trump National Golf Club Bedminster in New Jersey.

Watson has long been linked with joining the breakaway tour and the 44-year-old's move follows Henrik Stenson's recent defection. Stenson is making his LIV debut as Bedminster.

The world No 86 will serve as an off-course captain during this week's event as he continues his recovery from a torn meniscus suffered last May.

"When I think about the team atmosphere, in 2016 at the Ryder Cup I was seventh in the world but I was assistant captain and that was fun for me, I enjoyed it more than playing golf itself," said Watson.

"For me to give some knowledge, to give encouragement, to help the team grow and help the team get better and try to win tournaments but also try to grow the game when you're talking about junior camps and things like that that our teams can do together, it's a no-brainer.

"My wife loved the idea, we prayed about it, we came to this decision and here we are. Having people on your team, it's not an individual sport anymore where you are just out there trying to figure out how to play the game yourself, you have ideas and you can bump ideas off others.

"I've heard nothing but great things, everybody I've walked to on the Tour says it's amazing, they were so excited they'd done it."

The former World No 2 has represented the United States at four Ryder Cups and won on 14 occasions since turning professional.

"Bubba Watson is a tremendous addition to LIV Golf - another major champion joining the growing list of stars on our teams. His game combines the power, innovation, and excitement that the LIV Golf brand represents," said LIV Golf CEO and Commissioner Greg Norman.

"He's a risk-taker who has cemented his name among the world's very best and we're eager for him to come aboard to bring new energy and audiences to this league."

His decision to step across leaves LIV with 12 major champions combining for 23 majors in total, which includes seven of the last 13 Masters.

Among the debutants at this week's LIV event are Jason Kokrak, Charles Howell III, Paul Casey and Henrik Stenson, the latter of whom was removed as 2023 European Ryder Cup captain in light of the Swede joining the breakaway tour.