"I urge you to consider the human rights aspect of your potential involvement with LIV Golf and use your influence to positively raise the situation of women in the country and to publicly distance yourself from the Saudi regime," - Lina Alhathloul

A Saudi activist has written an open letter to the LPGA's commissioner, board of directors and players to urge them not to align with LIV Golf.

LPGA commissioner Mollie Marcoux Samaan said in July she would "engage in a conversation" with LIV Golf chief executive Greg Norman about a potential collaboration with the Saudi-funded breakaway.

Now, as some of the LPGA's top players compete in the Saudi-backed Aramco Team Series in New York, Lina Alhathloul has urged them to think twice after describing her sister Loujain's imprisonment by the Saudi authorities for campaigning for women's rights.

"The general situation for women in Saudi Arabia has not improved, as the Saudi narrative suggests," Alhathloul wrote on social media.

"Still, the legal framework that treats adult women as minors continues to affect all aspects of women's lives negatively and severely restricts their fundamental liberties.

"I understand that you might believe that your involvement with such a country could positively impact their fate but, given the present context, your participation in events hosted by the Crown Prince will only help rehabilitate him and cover up all the violations.

"In fact, I am sounding the alarm on the consequences of such actions.

"I urge you to consider the human rights aspect of your potential involvement with LIV Golf and use your influence to positively raise the situation of women in the country and to publicly distance yourself from the Saudi regime."

Former US Open champion Graeme McDowell said the world rankings system will become inaccurate and irrelevant if points are not awarded for events on the LIV Golf Series.

LIV Golf, which is backed by Saudi Arabia's Public Investment Fund, submitted an application to the Official World Golf Ranking (OWGR) board in July and earlier this month, formed an alliance with the MENA Tour in a bid to fast-track its quest for ranking points.

The OWGR said it would make a decision after reviewing changes to the MENA Tour, prompting LIV golfers to say it was dragging its feet.

Dustin Johnson has been crowned the inaugural LIV Golf Individual Champion with an event to spare.

"This guy standing in the middle of the three of us (Johnson), if his world ranking is inaccurate, then the whole system is inaccurate," McDowell told a news conference on Wednesday, speaking alongside Johnson and Harold Varner III.

"I feel like LIV tried to do everything they possibly can to be legitimate in the eyes of the OWGR. The word 'Official' has to go away from OWGR if they don't take care of the players out here." 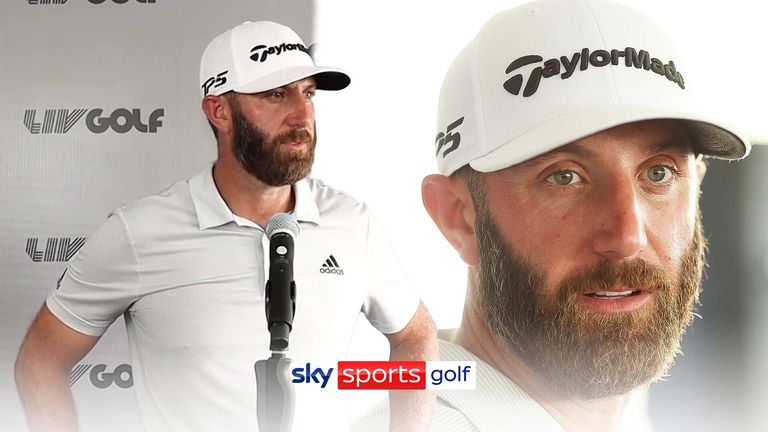 Johnson, whose ranking has dropped to 24th from third at the end of 2021, pocketed $18m after clinching the individual LIV title with a 16th-place finish in Bangkok.

LIV Golf has lured some of the US-based PGA Tour's top members with huge sums of money, leading to a feud between the sport's top players and organisers.

Players who compete in the breakaway series have been suspended from the PGA Tour.

Attempts of Europe's DP World Tour to follow suit have so far been unsuccessful, with LIV players still eligible to compete at its showcase events pending a court hearing next year.

On Tuesday, former Masters champion Hideki Matsuyama said he was "fully committed" to the PGA Tour but thought golfers competing on the LIV should be eligible for ranking points.

LIV's individual competition concludes in Jeddah from October 14 to 16 before a final team championship in Miami.