Cameron Smith's Punch team go through to the semi-finals of the LIV Golf Team Championship-Miami tournament after knocking out Phil Mickelson's Hy Flyers; each team in the semi-finals is guaranteed $750,000. 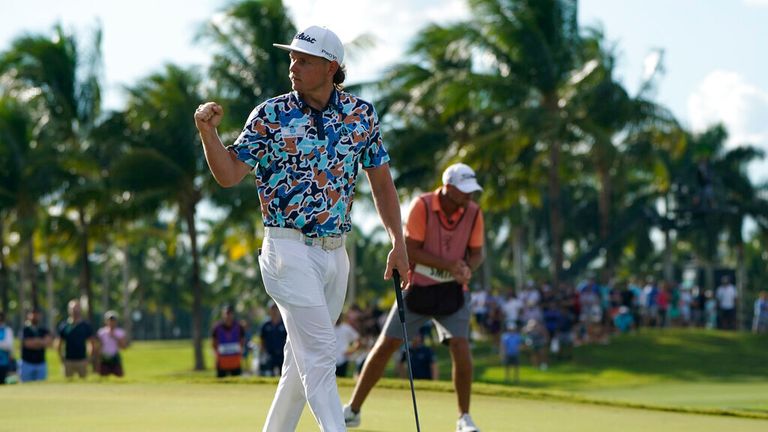 In the other quarter-finals, Harold Varner III easily handled four-time major champion Brooks Koepka, triumphing 4 and 3, but it was Koepka's Smash team who advanced against Niblicks.

Ian Poulter and his Majestiks went through with a comfortable sweep of the Iron Heads, in which none of the matches went the distance.

Graeme McDowell and Richard Bland led the Cleeks to victory over Torque, with the quarter-final winners joining the four teams who had already earned byes based on previous LIV events.

"I think Phil maybe had some gamesmanship in there a little bit," said Smith. "He seemed to take forever today.

"I think we were three or four holes behind, so that was a bit painful. But other than that, it was good.

"We both struck the ball good. I probably didn't hole as many putts as I'd like, but I was able to get the job done there on the last."