When is The 148th Open and how can I watch it on Sky Sports? 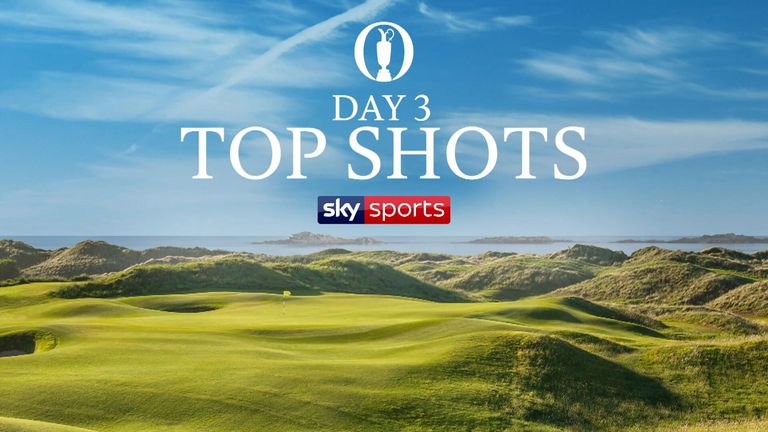 Shane Lowry is in pole position to claim a maiden major title at The Open, with extended coverage of the final round live on Sky Sports.

Golf's original major returned to Northern Ireland for the first time since 1951, with round-the-clock coverage during the 10 days surrounding the championship available on Sky Sports The Open.

Lowry fired a stunning bogey-free 63 during the third round to move four ahead of nearest challenger Tommy Fleetwood heading into Sunday's finale, with 12 hours of live coverage getting underway from the earlier than scheduled time of 7.30am.

Sky Sports will show the opening tee shot at 7.32am and follow the final men's major of the year through to its conclusion, with The Verdict then reviewing the best of the day's action.

Defending champion Francesco Molinari's meeting with Thomas Pieters will be one of two morning Featured Groups available via the red button, with that pair going out at 9.17am and the other feed following Bubba Watson's final round with Kevin Streelman.

Justin Rose and Rickie Fowler's star-studded pairing is one of the afternoon Featured Groups, with world No 1 Brooks Koepka out in the group later with compatriot JB Holmes.

Featured Holes coverage is also on the red button and will follow the players as they progress through the fifth, sixth and seventh, while a special round up on Monday, 'How The Open Was Won', looks back at all the key moments from the week.

A special new documentary, 'The Road to Royal Portrush', reflects on The Open's return to Northern Ireland and has a number of exclusive interviews, while Nick Dougherty offers more advice and guidance in a new edition of Tee Time Tips.

Other special Open programming will be available to download via Sky Sports On Demand, while Sky Q customers can catch up with clips, highlights and entertaining features.

Live text commentary from first tee to last will be available on skysports.com and Sky Sports' mobile apps, with behind-the-scenes coverage and live clips available via Sky Sports' Facebook, Twitter and Instagram accounts.

Watch the final round of The 148th Open live on Sunday from 7.30am on Sky Sports' dedicated channel - Sky Sports The Open.