The 22-year-old edged out English duo Matt Wallace and Eddie Pepperell, and Robert MacIntyre of Scotland at Hillside as he rolled in a 10-foot birdie putt at the 18th to card a two-under 70 and finish on 16-under 272.

Wallace, playing alongside Kinhult, just missed a slightly longer putt at the last for a birdie of his own as he was forced to settle for a share of second place on 15 under with defending champion Pepperell, who closed with a flawless 66, and MacIntyre, who picked up three shots over the final two holes. 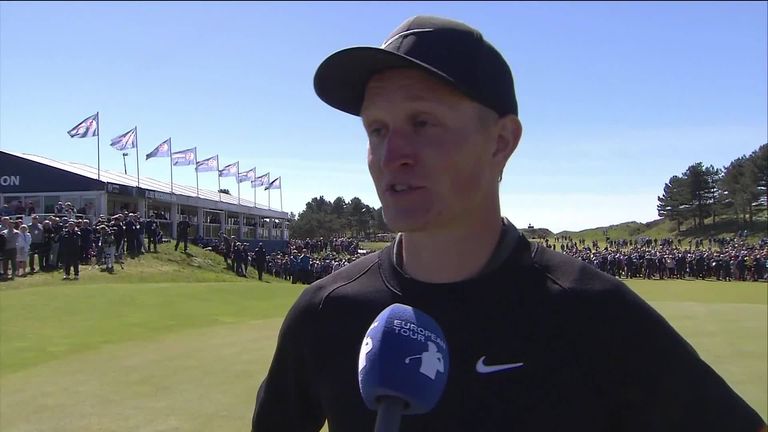 Tournament-host Tommy Fleetwood's challenge faded over the closing holes as he carded a one-over 73 to finish in a tie for eighth on 10 under.

Wallace, seeking his fifth European Tour victory, and Kinhult, whose best previous finish this season was 18th, had a two-shot cushion over the rest of the field at the start of the day and for much of the round it appeared as though the pair would go head to head in the battle for the title.

A bogey at the first by Wallace, after he found a nightmare lie in a greenside bunker, handed the early initiative to Kinhult before they both birdied the par-five second.

A run of seven successive pars then followed for the pair before Wallace moved back into a share of the lead by holing a 20-foot birdie putt at the par-three 10th. Both players birdied the 11th, taking them to 16 under and seemingly keeping the pursuing Pepperell and Fleetwood, who had got to 13 under at bay.

Wallace was the first to falter with a bogey at the 12th before Kinhult handed him the outright lead with back-to-back bogeys at the 15th and 16th after some nervy-looking shots.

Pepperell, meanwhile, had been making stealthy progress after starting the round five off the lead on nine under, with four birdies over the first 11 holes before further gains at the 14th and 17th lifted him into a share of the lead on 15 under.

The par-five 17th produced some drama in the final group with Wallace appearing to set up a birdie with an excellent second shot from the rough which came up just short of the green, but he then missed from four feet after chipping up.

Kinhult's second shot drifted right of the green but a superb up-and-down took him back into a share of the lead, which suddenly became a four-way tie after MacIntyre came from nowhere as he birdied the last for a 68 thanks to a fine approach shot after an eagle at the 17th where he hit a five-wood to three feet.

With a four-man play-off looming, Kinhult and Wallace both hit excellent approach shots into the 18th with Wallace (71) then showing his frustration as he slammed his putter into the green after missing his birdie putt from around 13 feet, and Kinhult then stepped up to claim the title.

Richie Ramsay, the third member of the final group, also birdied the last for a level-par 72 after a poor start saw him drop three shots over the first four holes after starting two off the pace. That lifted the Scot into sole possession of fifth place on 12 under.

English duo Paul Waring (67) and Jordan Smith (68) shared seventh place on 11 under, with Fleetwood one of seven players on 10 under.

Fleetwood was in a position to challenge at 13 under after birdieing the 11th, but his hectic schedule this week appeared to catch up with him as he slipped back with bogeys at the 12th, 15th and 17th. 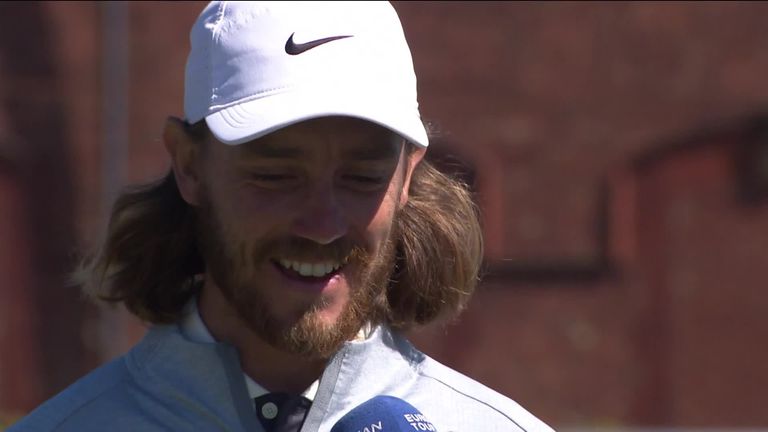 He did at least equal Justin Rose's best performance as tournament host at Walton Heath last year as he tied for eighth, with Pablo Larrazabal, Martin Kaymer and Renato Paratore, who all closed with 66s, Joost Luiten, Oliver Wilson and Niklas Lemke.