Race to Dubai leader Patrick Reed shares the lead with Matt Fitzpatrick and Laurie Canter heading into the final round of the DP World Tour Championship; watch live on Sunday from 6.30am on Sky Sports Golf 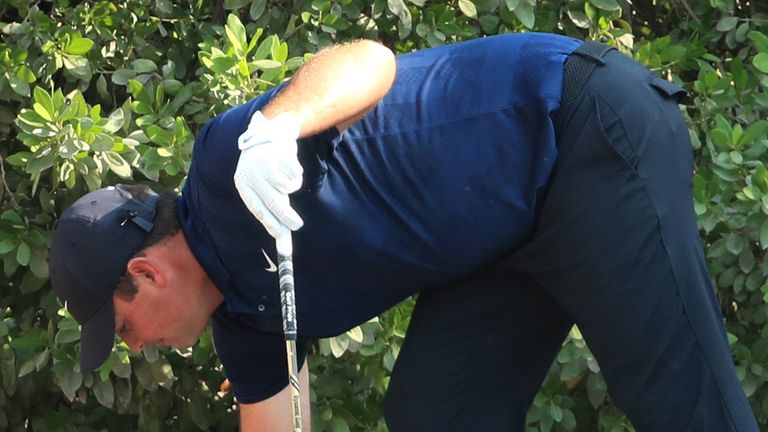 Paul McGinley and Nick Dougherty review the best of the action from the third round of the DP World Tour Championship in Dubai.

The European Tour's Race to Dubai season is set for a thrilling climax, with three players holding a share of the lead heading into the final round of the DP World Tour Championship.

Race to Dubai leader Patrick Reed, looking to become the first American to top the European Tour's Order of Merit, produced a short-game masterclass to scramble to a one-under 71 at Jumeriah Golf Estates and retain a share of his overnight advantage.

Reed birdied the last to join Matt Fitzpatrick and Laurie Canter on 11 under, with Lee Westwood - one of four players who guarantee they will end the season as European No 1 with a victory - in the group of four players sitting a shot off the pace.

Viktor Hovland, a winner on the PGA Tour last week, is alongside Westwood in a share of fourth with Robert MacIntyre and Adri Arnaus, while Sami Valimaki is two back on nine under.

Starting the day with a two-shot advantage, Reed opened with six straight pars and added a close-range birdie at the seventh but lost his overnight advantage when he bogeyed the 12th and missed a six-footer to save par at the 14th.

Reed holed out from the sand for an unlikely birdie at the 15th and capitalised on narrowly avoiding the hazard off the 17th tee to salvage a par, before taking advantage of another fortunate break at the par-five last to roll in a 10-foot birdie to get to 11 under.

Playing partner Fitzpatrick birdied the second but need to hole a 15-footer at the sixth to salvage a bogey after finding water off the tee, with the Englishman then matching Reed's birdie at the seventh and draining a 20-foot birdie at the 12th. 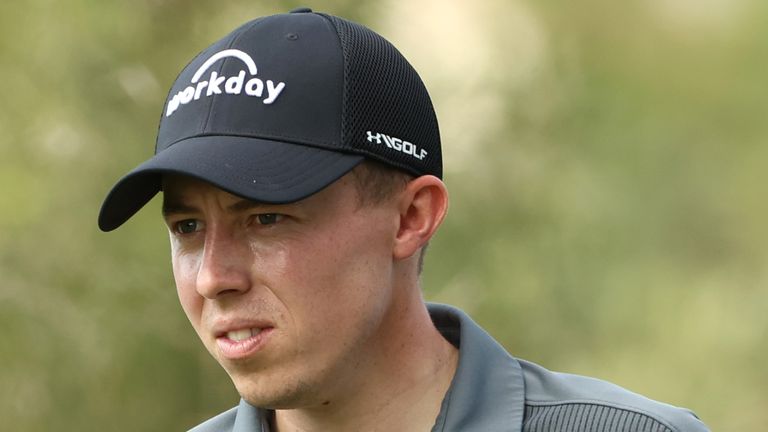 Matt Fitzpatrick discusses moving into a share of the lead heading into the final round of the DP World Tour Championship in Dubai.

Fitzpatrick made a two-putt birdie at the last to also move alongside Canter, who opened with three birdies in his first seven holes and cancelled out a blemish at the 12th by picking up shots at the 15th and 18th to set the clubhouse target.

Four birdies in a six-hole stretch on the back nine helped Westwood to a four-under 68 and Arnaus signed off his 67 with two birdies in his last three holes, while Hovland and MacIntyre both jumped up the leaderboard by carding bogey-free 66s.

2018 champion Danny Willett is three off the pace after a birdie-birdie finish and Tyrrell Hatton is four back in tied-tenth alongside Andy Sullivan, while Tommy Fleetwood slipped out of contention and seven behind following a two-over 74.

Who will win the DP World Tour Championship? Which player will end the season top of the Race to Dubai standings? Watch the final round live on Sunday from 6.30am on Sky Sports Golf.