Bryson DeChambeau has previously experimented with a 48-inch driver to try and gain more length; R&A and USGA are proposing limiting club lengths to a maximum of 46 inches to try and combat the "ever-increasing cycle of hitting distance" 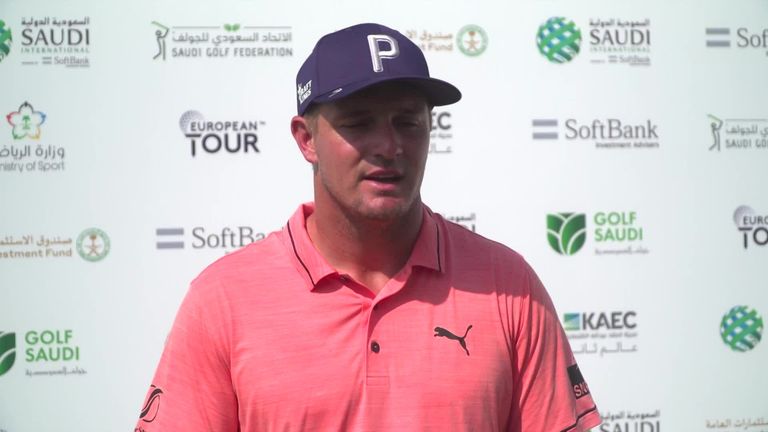 Bryson DeChambeau has given his support to potential rule changes on equipment from golf’s governing bodies and believes it is "flattering" that he may no longer be able to use a 48-inch driver.

The R&A and USGA jointly announced proposed alterations to equipment rules as part of their follow-up on the Distance Insights Project, which aims to limit the continued increase in hitting distance within golf.

One of the proposals would limit the length of a driver shaft to 46 inches, a regulation that could come into effect and "impact the 2021 season", with DeChambeau unconcerned about the possibility of not being able to use a longer club.

"I think the most important factor in this whole discussion is that they [golf's governing bodies] are focused on keeping the integrity of the game and trying to make it more of a fair playing field while not taking out the human element," DeChambeau said ahead of the Saudi International.

"I'm still playing the 45.5 inch driver and it's suiting me perfectly well. So if someone was trying to go to the 48 [inch driver] for them they could gain six, seven miles an hour pretty quickly and now it's not a possibility.

"And I think it's going to be more difficult for people to gain speed easily. They are going to have to work really hard, just like I have. For me right now, I feel like it's a pretty good advantage from the way I look at it."

DeChambeau has experimented with the 48-inch driver in a bid to gain yet more length off the tee, having already developed into the longest-hitter on the PGA Tour, although will now look at other ways to ensure he retains his advantage.

"It's a little flattering in a sense because I did talk about that 48-inch driver for so long, and it just didn't work for me the way I wanted it to," DeChambeau added. "I think it's really cool to see that there's some change off of the conversations that I've had, it's just pretty interesting to me.

"I did work with it quite a bit, but we just didn't have the right heads for me yet at that point in time. We were getting close, but right now it's made the decision really easy on what to do next.

"But again, my driving ball speed is so high that it's tough to get to those speeds with anybody else on Tour unless you're Kyle Berkshire or Justin James or anybody else that's hitting it really far out there."

Watch the Saudi International throughout the week live on Sky Sports. Live coverage begins on Thursday from 8am on Sky Sports Golf