Scottish trio Calum Hill, Richie Ramsay and Connor Syme are all two shots off the pace on 12 under, as Adri Arnaus leads the Canary Islands Championship after back-to-back 64s in Tenerife - watch live on Saturday from 11.30am on Sky Sports Golf 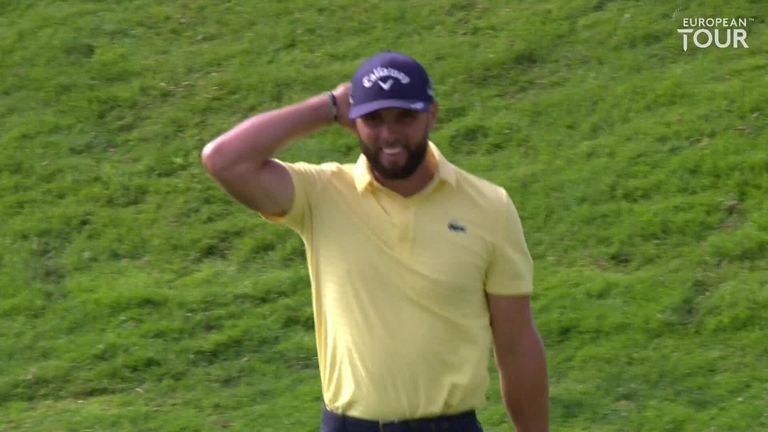 A look back at the best of the action from the second round of the Canary Islands Championship at Golf Costa Adeje in Tenerife.

Adri Arnaus produced an incredible finish to grab the halfway lead at the Canary Islands Championship, with three Scottish players part of the chasing pack.

The Spaniard birdied six of his last seven holes to card a second successive 64 at Golf Club Adeje and jump to 14 under, one ahead of Gran Canaria Lopesan Open champion Garrick Higgo.

Scottish trio Calum Hill, Richie Ramsay and Connor Syme are all two shots off the pace on 12 under alongside overnight leader Francesco Laporta, while Andrew "Beef" Johnston moved inside the top-10 after posting a eight-under 63 and equalling the lowest round of the day.

Arnaus posted back-to-back birdies from the third but failed to get up and down from the greenside bunker to save par at the sixth, only to surge up the leaderboard with a back-nine birdie barrage.

The world No 132 rolled in from 10 feet at the 12th for the first of four straight birdies and converted from a similar distance at the 17th, before making a two-putt gain at the par-five last to secure the 36-hole lead. 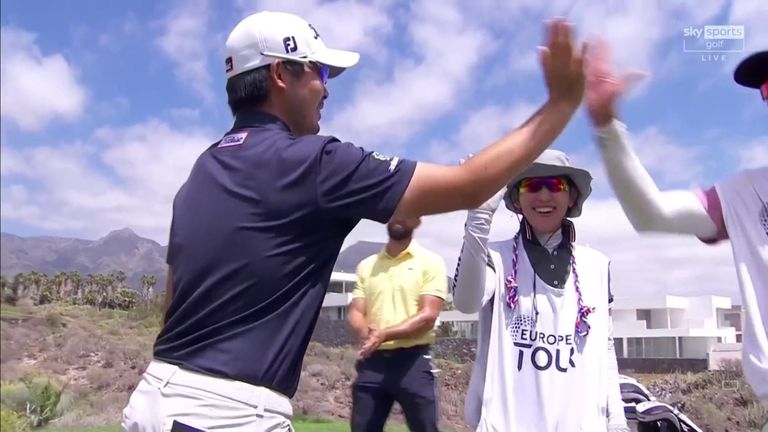 Higgo followed a front-nine 34 by holing a 30-footer at the tenth and picking up three further birdies along the closing stretch, with a 15-foot eagle on his final hole taking him to 13 under.

Hill birdied four of his opening five holes on his way to a six-under 65, while Ramsay carded six birdies on a blemish-free card and Syme pitched in for eagle at the par-five last to all head into the weekend tied-third.

What a way to finish!

Overnight leader Laporta recovered from two bogeys in his first five holes to card a three-under 68 and complete the quartet on 12 under, while Johnston is joined three off the pace by Richard Mansell, Aaron Cockerill and last week's Tenerife Open winner Dean Burmester.

Some 23 players are within five strokes of the lead at the halfway stage, while Masahiro Kawamura is safely through after a hole-in-one at the par-three seventh helped him to a five-under 66.

Watch the Canary Islands Championship throughout the week live on Sky Sports. Live coverage continues on Saturday from 11.30am on Sky Sports Golf.