An emotional Marcus Armitage is finally a European Tour champion after a superb seven-under 65 propelled him to a two-shot win at the Porsche European Open in Germany. 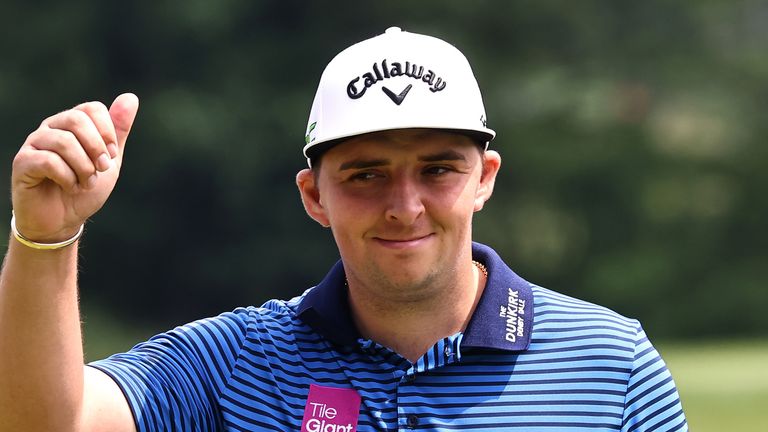 Highlights from an enthralling final round in Hamburg, where an emotional Marcus Armitage fired a 65 to land his maiden European Tour title.

Marcus Armitage made his European Tour breakthrough after an outstanding final round swept him to victory at the Porsche European Open in Hamburg.

Armitage made a mockery of one of the toughest tracks on the Tour schedule at Green Eagle Golf Courses, closing with a seven-under 65 which was enough to secure a two-shot win after the likes of Matthew Southgate and Darius van Driel faltered down the stretch.

The 33-year-old was four shots behind overnight, but he stormed into the lead after covering the outward nine in just 29 strokes, including a hole-out for an eagle-two at the par-four seventh.

"The Bullet", one of the Tour's most popular figures on social media, extended his advantage over the chasing pack with three birdies in four holes from the 11th before the first signs of nerves appeared at the long 16th.

Armitage came up well short of the green with his third and opted to putt, a decision which backfired when he left his fourth 20 feet shy of the target and led to his first dropped shot of the final day.

The charismatic Englishman then missed the green at the par-three 17th, but he regained his composure and played a delightful pitch to scramble a priceless par, and he made a good par-five at the last after his drive found the thick rough.

Having set the clubhouse target at eight under par, Armitage retired to the practice range to prepare for a possible playoff, which looked likely when Southgate recovered from a six at 11th with birdies at 12 and 15 to pull within one. 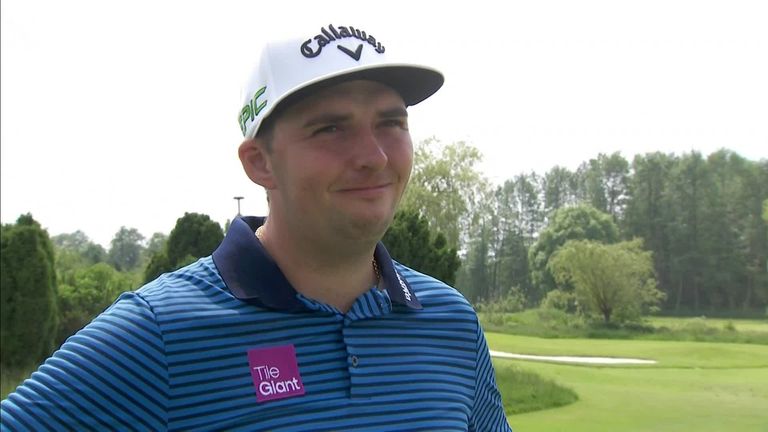 But, needing a birdie at the last to force extra holes, Southgate pulled his drive into the water on the left and was too far back to attempt to reach the green with his third, while Van Driel surprisingly opted to lay up from just over 220 yards despite requiring an eagle to match Armitage's score.

Both failed to hole out from the fairway to leave an emotional Armitage celebrating his maiden European Tour triumph, with Southgate and Van Driel settling for a share of second place with first-round leader Thomas Detry (69) and former Ryder Cup star Edoardo Molinari (70).

"It hasn't really sunk in yet, it's a new feeling I suppose," said Armitage, whose win also secures a place in next week's US Open at Torrey Pines. "When I had a practice round the other day I've never lost so many balls in a practice round in my life. To be stood here being Porsche European Open champion is pretty cool.

"I'm an emotional guy, I'm struggling to keep a lid on it here. I was just trying to breathe and be calm, not touch my phone because that will be going berserk.

"But then you start thinking about everybody at home like my fiancée. Twenty years ago I lost my mum and I've dreamt about this since that day, being a winner, and you have days where you think it might not happen but I just stuck at it.

"Today is a great day and I'm sure she would be proud, and everybody in my team that's helped me - this one's for me. All those days on my own dealing with life and I'm sure a lot of people do, all those lonely days on my own working on my dream and I think I've got to take a lot of credit for it myself."