European Tour: James Morrison three ahead after threatening '59 round' at Omega European Masters

A 10-under 60 helped James Morrison break the course record and open up a three-shot lead in Switzerland; Marcus Armitage and Robin Sciot-Siegrist in tied-second - watch live on Friday from 12.30pm on Sky Sports Golf 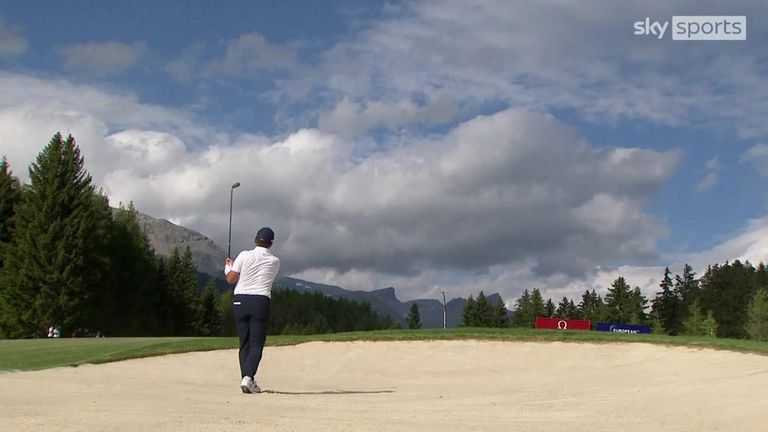 James Morrison raced into a three-shot lead at the Omega European Masters after making a history-making start to his week in Switzerland.

Morrison, without a European Tour title since 2015, mixed an eagle and nine birdies with a lone bogey on his way to an opening-round 60, seeing the world No 223 break the course record at Crans-sur-Sierre Golf Club.

The 36-year-old came close to a historic '59 round' in Crans Montana, with a final-hole birdie seeing him set the clubhouse target at 10 under, putting him three ahead of compatriot Marcus Armitage and France's Robin Sciot-Siegrist.

"It's a four-round event, my 10 under isn't going to win today," Morrison said. "You'll need to be minus 20 or plus. Just got to keep your foot down and keep going and use that as a gee-up.

"Had a really good look on the last (the chip for eagle and a sub-60 round) and thought, just try to make this. The minute your focus goes like that, you chip it stiff, make birdie and shoot 10 under par. I was trying to hole that shot on the last, but next time maybe." 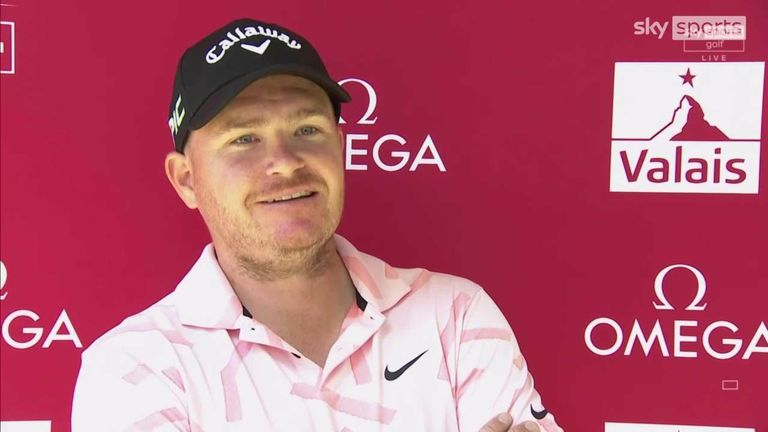 Beginning on the back nine, Morrison followed a chip-in birdie from off the 11th green by picking up a birdie-two at the 13th and holing a 30-foot eagle at the par-four next, with a two-putt gain at the par-five 15th taking him to five under after just six holes.

Morrison missed a five-footer to save par at the 18th but holed from long-range at the first and fired his approach at the second to tap-in range, with three birdies in a four-hole stretch from the fifth leaving him requiring a final-hole eagle to card the second sub-60 round in European Tour history.

The Englishman finished short of the green on the 633-yard par-five and was unable to hole his short pitch over the bunker, although was able to leave himself a close-range birdie to extend his advantage over the chasing pack.

Sciot-Siegrist responded to an opening-hole bogey by holing a 20-footer at the next and making four consecutive birdies from the fifth, before picking up shots at the 12th, 14th and 18th to get to seven under.

The world No 518 held solo second until being joined by Armitage, who made three straight gains from the seventh and posted four birdies in a four-hole stretch from the 13th on his way to a bogey-free 63.

Andy Sullivan and Dean Burmester both birdied two of their final three holes to post opening-round 64s, with Belgian duo Thomas Detry and Nicolas Colsaerts both in the group five off the pace.