Haotong Li and Thomas Pieters finished their final rounds locked at 22-under par; the 18th hole returned for the play-off; Li thought a chance had gone after overhitting a chip from the edge; he then stunned the crowd by finding the hole from 50ft 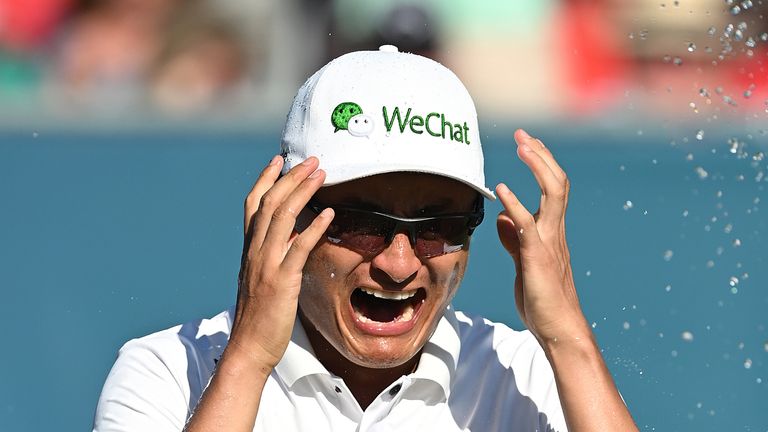 Haotong Li holed a putt from 50ft to win the BMW International Open in a dramatic play-off with Thomas Pieters.

Li and Pieters finished their final rounds on Sunday locked at 22-under par, with the 18th hole then coming back into play for the first play-off hole.

The Chinese player approached the green well, but then a very heavy-handed chip left him in big trouble after Pieters had successfully come out of the bunker.

Li, who had missed a putt to win the title outright at the end of his final round, then stunned the crowd by finding the hole from 50ft and roared in delight when Pieters was unable to extend the play-off. 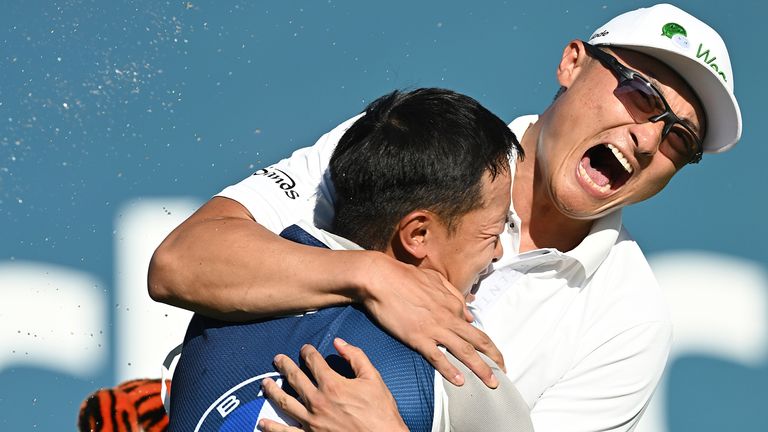 "I don't have the words to describe this right now," Li said.

"As soon as I chipped the ball, I thought that I'd given another chance away. I couldn't believe that was going to happen to me again. 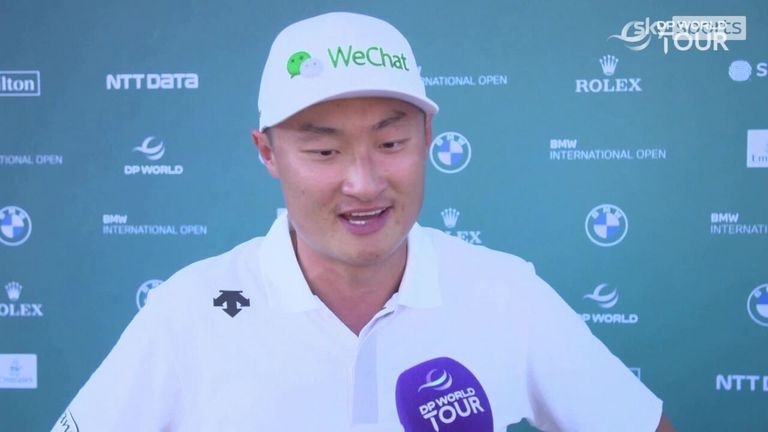 "Ten months ago, I thought I would quit golf and somehow, [look] where I am now, it's golf. It's so hard to describe. I had no idea I could win this play-off."

Li had held the lead at the end of every round in Munich, including equalling his career-best round and the course record with a 10-under-par 62 on the opening day.

"I knew it was going to be super tough and I just kept thinking to hang in there. Win or lose, I just wanted to play my best out there and luckily I did."

The 26-year-old missed 14 cuts last year but highlighted his form early in Munich. He carded rounds of 62, 67 and 67 to hold a three-shot lead going into the final day.

Li then started strongly and was was five strokes ahead after five holes of his final round.

After four bogeys and just one birdie between the sixth and 15th, he subsequently needed birdies at the 16th and 17th to maintain a one-shot advantage over Pieters down the last.

When Pieters birdied the 18th and Li's 11-footer to win lipped out, the pair headed back down to the start of the par-five last for their play-off.

Li opened the play-off hole by riding his luck, he twice flirted with the water on his way to the back of the green at Golfclub Munchen Eichenried.

After overhitting his chip way past the flag, he found the form to hole the monster birdie putt back up the hill. Pieters, who himself had been in the bunker, was then unable to put in a seven-foot attempt to extend the contest.

Both Li and Pieters finished two clear of New Zealander Ryan Fox, who was in the mix until he failed to birdie any of his last three holes.

England's Jordan Smith ended his competition tied in eighth position, after a final round of 72 did not live up to his earlier rounds of 67, 66 and 67.