Waring chasing first victory since his breakthrough DP World Tour success in 2018; Englishman and playing partner Eddie Pepperell both holed out for eagle at the par-five 17th during their opening rounds at Hillside - watch throughout the week live on Sky Sports Golf 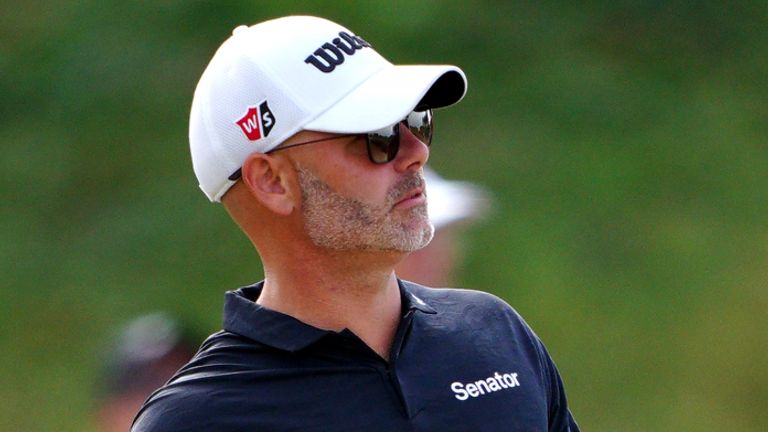 Paul Waring equalled the course record to open up a two-shot lead after a low-scoring opening day at the DP World Tour’s Cazoo Classic.

Waring produced an eagle-birdie finish to card a brilliant nine-under 63 at Hillside in Southport, pulling him ahead of compatriot Garrick Porteous at the top of the leaderboard.

The Englishman birdied three of his opening five holes and cancelled out a bogey at the sixth by rolling in from 20 feet at the eighth to reach the turn in 33, with a two-putt gain at the par-five 11th and 25-footer at the 13th taking him to five under. 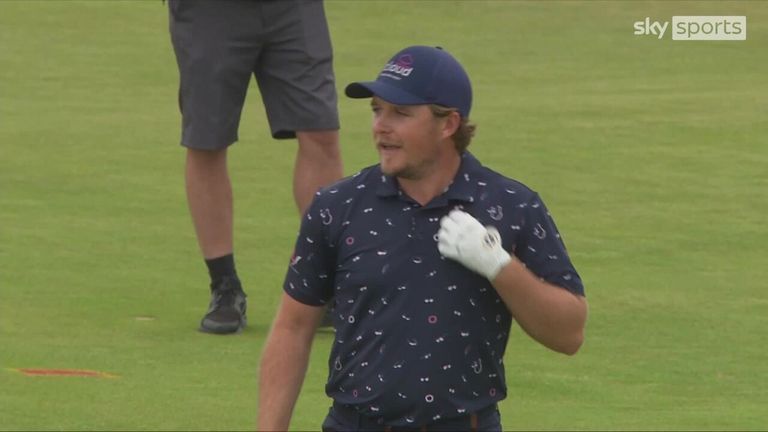 Waring birdied the 15th and holed out from a greenside bunker to match playing partner Eddie Pepperell's eagle at the par-five 17th, with a final-hole birdie closing out his best round of the season so far.

"I'd felt like I've been playing nicely over the last few weeks and months, just not having any results," Waring said. "So to actually put it all together for a round of golf, I'm absolutely made up."

Porteous birdied three of his last five holes to sit in solo second ahead of Richard Mansell, who bogeyed his final hole, with Scotland's Grant Forrest carding a bogey-free 66 to also sit in a share of third with Jens Dantorp.

"It has kind of been a while since I have gone out and really started a tournament well, so it was nice to get on the front foot early and play good golf today," Forrest said. "I just feel things are starting to come together, it has been a bit of a struggle this year so far."

Matthew Southgate is three back after a five-under 67 and Pepperell is within four of the lead after his bogey-free start, as Robert MacIntyre - the highest-ranked player in the field - struggled to a one-over 73.

"It was nice, I got off to a solid start," Southgate said. "Hit buckets of good sort of long iron shots which is pretty key around here and distance control was good. It is the first time in a while it has been neat and tidy."

Watch the Cazoo Classic throughout the week live on Sky Sports. Live coverage begins on Friday from 3.30pm via the red button, before switching to Sky Sports Golf from 7pm.