Luke Donald and Lee Westwood have confirmed they will tee up with tournament host Ian Poulter in the British Masters supported by Sky Sports.

Poulter will welcome a host of big names to his home club at Woburn in October as the historic event returns to the European Tour schedule for the first time since 2008.

Donald and Westwood will host future editions along with Justin Rose, and the tournament has already had a big impact on golf fans in the UK as all tickets for the opening round were snapped up during a recent 'Sky Sports Thursday' promotion.

Westwood lifted the British Masters title in 2007 after a five-shot win over Poulter, but he narrowly missed out on a successful defence the following year when he lost a play-off to Gonzalo Fernandez-Castano.

"It is always great to play in England and I'm delighted that we have finally got the British Masters back on the European Tour schedule," said Westwood, who also finished in the top 10 in the tournament at Woburn in 1999 and 2001.

"Woburn has always been one of my favourite courses and I've got a good record round there, so hopefully I can do well again. It looks like it is going to be a very good field supporting the event on its return and I'm sure the British public will support it too, so it should be a great occasion."

Donald has a fine record on British soil having won the BMW PGA Championship twice as well as the 2011 Scottish Open, and the 37-year-old is relishing the return of the British Masters.

He said: "I think most of the British players on Tour have been hoping to get more big events at home for a number of years, so to have the British Masters back on our schedule is really positive news and it's a tournament that I will be very proud to be associated with. 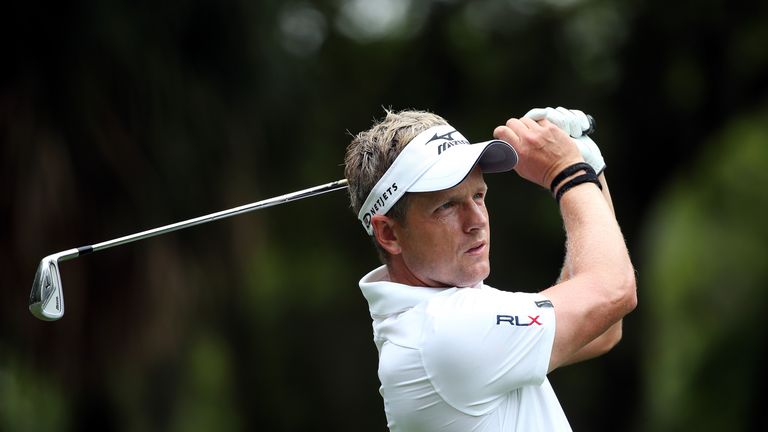 We are playing at one of the great courses in England at Woburn, we have a strong prize fund and we have the support of Sky Sports, so it's shaping up to be a really good week

"It's going to tick a lot of boxes; we are playing at one of the great courses in England at Woburn, we have a strong prize fund and we have the support of Sky Sports, so it's shaping up to be a really good week.

"I think having the top British players involved as tournament hosts is a cool idea as well. We are seeing more of that on The European Tour with Rory in Ireland and Paul Lawrie with his own match play event in Scotland, and it seems to be working really well."

The British Masters supported by Sky Sports will be played from October 8-11 at Woburn. Tickets for the final three rounds are still available by going to http://tickets.sky.com/Golf/British-Masters.