PGA Tour: Shots of the week from the 3M Open at TPC Twin Cities 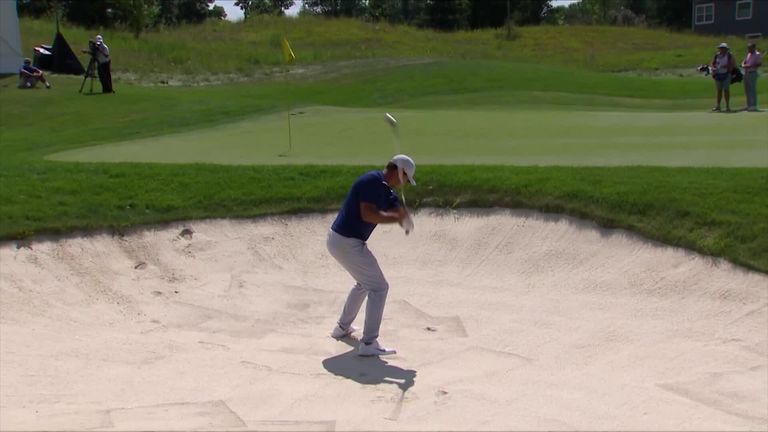 Fairway hole-outs, monster putts and an unlikely ace all feature in the top shots of the week from the PGA Tour's 3M Open.

Michael Thompson returned to the winner's circle for the first time since 2013 with a two-stroke victory at TPC Twin Cities, where an incredible bunker shot helped him hold off Adam Long on the final day.

Tony Finau was in contention for the second week running and went inches away from a hole-out eagle, having already made one from a similar distance earlier in the week in Minneapolis, with the American having to settle for a tied-third finish.

First-round Ricky Werenski joined Finau three strokes off the pace, with a stunning approach shot one of his highlights of the week, while former Masters champion Charl Schwartzel also ended in the logerjam on 16 after holing a huge birdie during the final day.

Bo Van Pelt made a hole-in-one during the opening round and Sky Sports' Rich Beem produced a delightful chip-in from the rough in his first PGA Tour appearance of the year, while Brooks Koepka and Tommy Fleetwood also feature in the week's top effort.

Click on the video above to look back at the shots of the week from the 3M Open!