PGA Tour: Bryson DeChambeau leads despite missing out on a '59 round' at BMW Championship

Bryson DeChambeau missed a six-foot birdie putt on the final that would have secured a 59 for the 13th sub-60 round in PGA Tour history; World No 6 set the clubhouse target at 16 under after a 12-under 60. 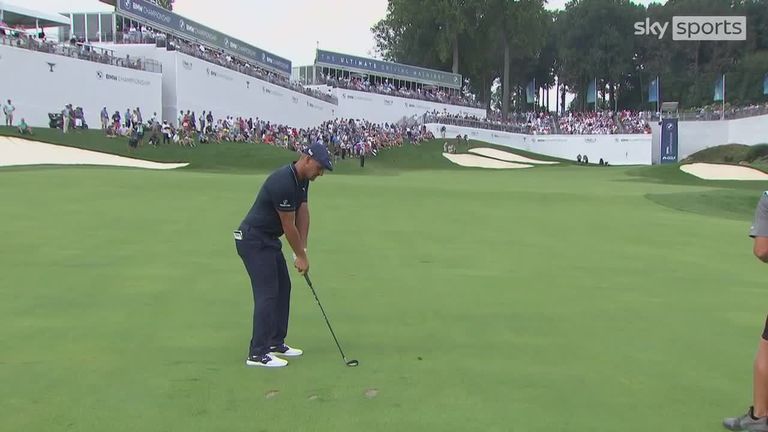 Bryson DeChambeau narrowly missed out on PGA Tour history on his way to jumping to the top of the leaderboard during the second round at the BMW Championship.

The eight-time PGA Tour winner carded two eagles and eight birdies on his way to a scintillating second-round 60 at Caves Valley Golf Club, taking him to 16 under and a shot ahead of Patrick Cantlay and world No 1 Jon Rahm.

DeChambeau was 12 under after 16 holes and threatened to match the PGA Tour's record-low score of 58, set by Jim Furyk during the final round of the 2016 Travelers Championship, only to par his final two holes and miss out on the first sub-60 round of the season.

"A lot of putts went in, a lot of things went right," DeChambeau said. "We got a lot of great numbers out of the rough today, and I played my butt off. Never thought too much about anything until the last few holes, and I striped a nine-iron on 17, striped a drive, striped a wedge on 18 and just wasn't able to clutch those putts up.

"I stroked it pretty well today. Going to go work on that a little bit and make sure I'm hitting it down my lines for this weekend, so I have myself a chance to win this weekend."

DeChambeau rolled in a 10-foot birdie at the first and made a two-putt gain from a similar distance at the par-five next, before holing an 11-foot eagle at the fourth and picking up a shot at the fifth to leave him five under after just five holes.

The 2020 US Open champion converted from five feet at the seventh and drained a 30-footer at the eighth to reach the turn in 29, with back-to-back birdies from the 11th and another from eight feet at the 14th taking him 10 under for the day with four holes to play. 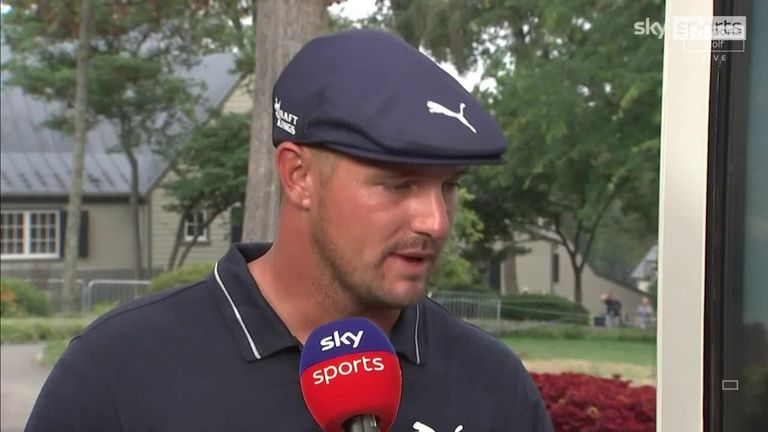 DeChambeau then struck an incredible approach into the par-five 16th to inside four feet to set up an eagle, leaving him requiring a birdie-birdie finish to equal the lowest round in PGA Tour history.

The American was unable to convert his 15-foot birdie try at the par-three 17th, leaving him needing a final-hole birdie to card a sub-60 round, where DeChambeau fired his approach to six feet but missed the putt to leave him just short in his bid to enter golf's record books. 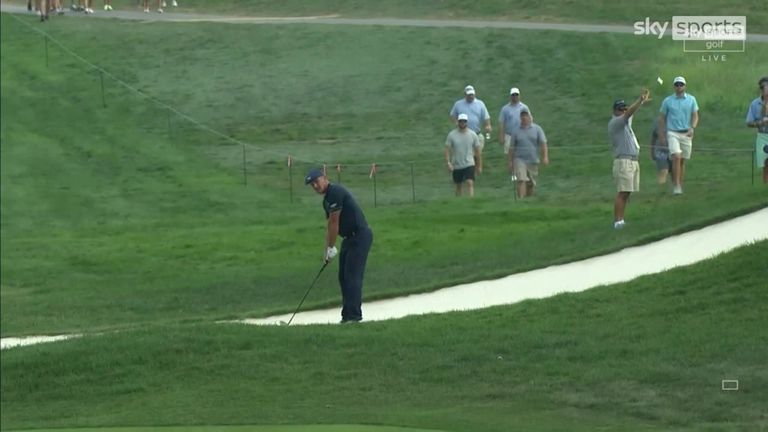 DeChambeau's score equalled the lowest round of the season on the PGA Tour and was the best of his PGA Tour career so far, while a win this week would see him move top of the FedExCup standings heading into the season-ending Tour Championship.

Cantlay also had an outside chance of creating history after five birdies in a six-hole stretch from the 11th took him to 10 under for the day, only for him to fail to get up and down from the greenside bunker on his penultimate hole and fall a shot off the lead.

Rahm was seven under for his round with three holes to complete when play was suspended due to darkness, following the threat of storms earlier in the day, with Sergio Garcia and Sungjae Im four off the pace in a share of fourth.

Sam Burns is five behind with one hole to play after back-to-back birdies from the 16th, while Rory McIlroy heads into the weekend six strokes back after a second-round 70.