Jon Rahm carded an eight-under 64 to stay within two strokes of early leader Davis Thompson, with 15 players separated by three shots after the opening day; Watch the American Express live on Friday from 8pm on Sky Sports Golf 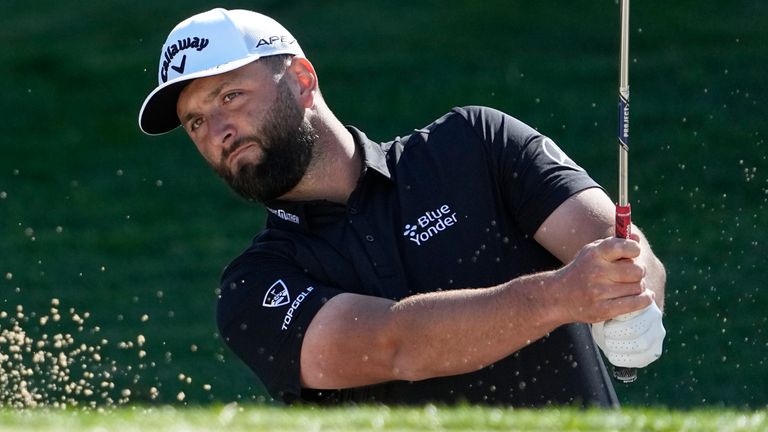 Davis Thompson posted back-to-back eagles on his way to opening a two-shot lead after the first round of The American Express, where Jon Rahm also impressed.

Thompson followed three birdies in his first four holes with eagles at the next two par-fives on his way to a bogey-free 62 at La Quinta Country Club - one of three courses used during the PGA Tour event.

The 23-year-old sits on 10 under after also birdieing the ninth, 13th and 18th during a low-scoring opening day, with Rahm one of five players sharing second after mixing nine birdies with a lone bogey at the same course.

"I got off to a hot start and just kind of coasted on my way in," Thompson said. "It's always good to see some putts go in early and give you confidence to just keep it rolling."

Rahm birdied his opening two holes and made three in a row from the fifth, before the Spaniard cancelled out a failed up and down from off the tenth green by birdieing his next three and picking up a shot on the penultimate hole.

"It's a great start to the tournament," Rahm said. "You can't really win it on this golf course, but you can sure fall off the pace. It's a great start, solid round of golf, great putting out there. Hopefully I can keep that going the whole week and feel a little bit better tee to green."

Olympic gold medallist Xander Schauffele is one of nine players on seven under after an opening-round 65 at La Quinta, with Sungjae Im and South Africa's Dean Burmester among the others within three of the lead.

Justin Rose and Scotland's Russell Knox are both four off the pace and former major champion Jason Day is in the group five behind, while world No 2 Scottie Scheffler is six back after starting witha bogey-free 68 at La Quinta.