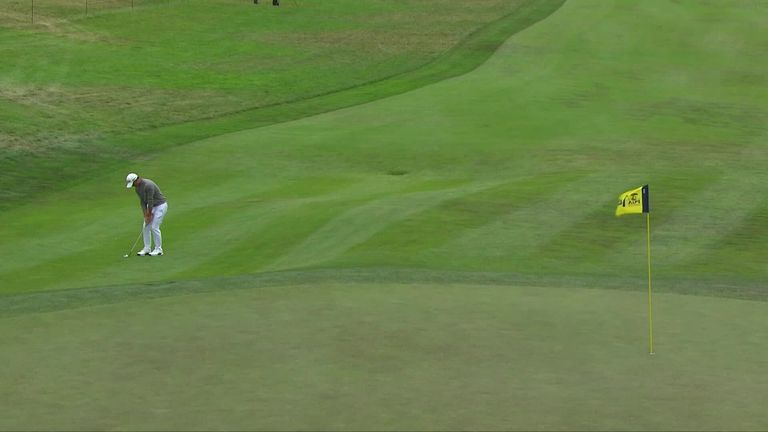 Huge birdies, impressive chip-ins from all over the golf course and a major ace all feature in the top shots from the final round of the PGA Championship.

Collin Morikawa secured a maiden major title at TPC Harding Park, with his incredible tee-shot at the driveable 16th setting up a eight-foot eagle and helping him to a two-stroke victory.

The 23-year-old also chipped from off the green at the 14th to pull clear of the chasing pack, while overnight leader Dustin Johnson produced a similar effort from the rough late in his final round.

Morikawa's closest challenge came from Johnson and Paul Casey, who came inches away from holing out from the fairway early in his round, with Tiger Woods also showing off some impressive iron play with his approach into the par-four fifth.

Byeong Hun An celebrated a moment of brilliance at the par-three 11th after posting the only hole-in-one of the week, while Abraham Ancer continued the theme of long-range birdies by draining a huge effort at the par-three eighth.

Tony Finau and Cameron Champ also delivered memorable efforts as they flirted with the top of the leaderboard, with plenty of thrills and spills during a special Sunday in San Francisco.

Click on the video above to see the shots of the day from the final round of the PGA Championship!