Richard Boxall reviews a mixed first round for Rory McIlroy at the Open de France and looks at what he expects from the world No 4 over the rest of the week.

The secret is a top quality player can be scrappy and still knock it round in level-par, which is exactly what he did during the first day at Le Golf National.

It was a proper scrambling round and I think when he considers the way he played, he'll be quietly confident to only be five off the pace.

He's a great player, there's no question about that, but I just think he won't be too happy with his wedge play. Six was a prime example of where he hit a great tee shot to leave a good birdie chance, but didn't knock it close enough and ended up having to hole from five or six feet for just a par.

It wasn't just there where he struggled, as he didn't get it quite right at the 16th and then came up short-right with his putt to drop a shot.

I was slightly surprised he hit the driver off the 18th because if you slightly pull it, with his length and power, it's going nowhere other than bouncing straight in to the water. It was a really good save though, as it was a long third shot after finding the hazard.

He made another mistake at the fourth, but after knocking his tee shot in the bunker again at the fifth he hit a brilliant shot from the sand and the putt wasn't going anywhere other than the hole.

At the seventh, he had trouble off the tee and did well at the second attempt from the rough to roll in a bogey putt and make sure he finished level-par.

McIlroy is always going to be there or thereabouts, as aside from Oakmont he's barely been out of the top-20 all year, so I don't think he'll be too disappointed with the 71. 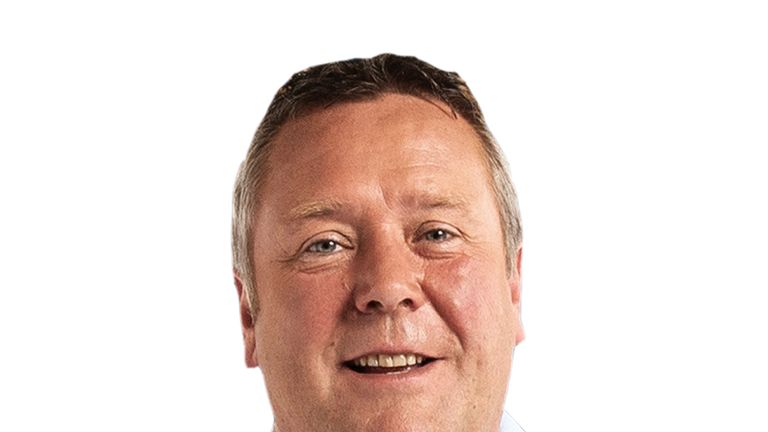 The Open is most definitely on his mind and I would have thought he won't be far way come the end of the final round at Royal Troon.

He spoke after his round about changing grip, which is so difficult because you make the slightest of changes and it feels absolutely horrendous.

You can do it on the range and think it's absolutely perfect, but the hard thing for McIlroy is to take it out on to the course. He'll be looking to build on that over the coming days.

The Open is most definitely on his mind at the moment and I would have thought he won't be far way come the end of the final round at Royal Troon.