Large crowds gathered at the opening tee to see England's Richard Bland get the contest off and running at 6.35am; Watch The Open throughout the week live on Sky Sports' dedicated channel - Sky Sports The Open 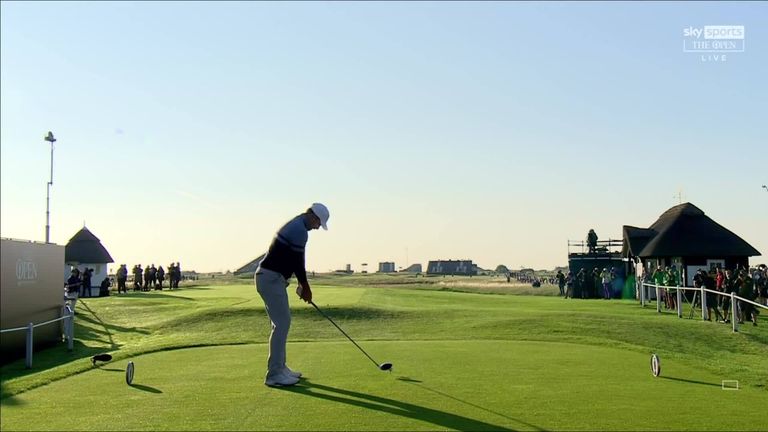 After a 725-day wait, The 149th Open is finally underway, with England’s Richard Bland hitting the opening shot at Royal St George’s.

The Englishman was given the honour by the R&A in recognition of his remarkable season on the European Tour, where he registered a long-awaited maiden victory - at the 478th time of asking - at the Betfred British Masters and since broken into the world's top 100.

Bland described the opportunity to get the final men's major of the year started as a "true honour" and something he would "remember for the rest of his life", with the 48-year-old following on from Darren Clarke, Sandy Lyle, Mark O'Meara and Colin Montgomerie in being given the first tee shot. 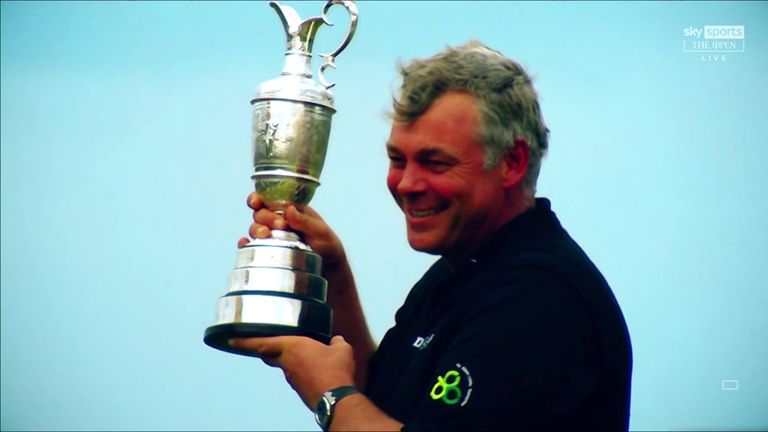 The world No 98 was part of an-all English threeball alongside Andy Sullivan and Marcus Armitage, with a sizeable gathered around the opening tee in sunny skies for the 6.35am start time.

A nervous-looking Bland lost his balance slightly as he struck his opening drive on the 445-yard first hole, although was relieved to see his opening effort cling on to the left side of the fairway.

Sullivan missed the fairway and finished in the second cut, with Armitage joining Bland on the short grass, before all three players found the putting surface with their second shots.

Armitage saw his birdie attempt stop alongside the edge of the cup and Bland narrowly missed the target from inside 12 feet, while Sullivan rolled in his effort to register the first birdie of the tournament.

Around 32,000 fans a day are expected to attend this week's event on the Kent coast, where 2019 champion Shane Lowry finally gets the opportunity to defend the Claret Jug after the contest was cancelled last year due to the Covid-19 pandemic.

Watch The 149th Open throughout the week live on Sky Sports' dedicated channel, Sky Sports The Open, with a host of bonus coverage available via the red button during all four rounds.