James Haskell received a welcome insight into the pressure environment awaiting him in May as he sat cage-side at Bellator Dublin on Saturday night.

The former England rugby star is due to make his Bellator MMA professional debut at London's SSE Arena on Saturday, May 16, with his opponent yet to be confirmed.

Haskell was accompanied by fellow new Bellator signing Ross Houston, who boasted an undefeated record on the European stage prior to being released by Cage Warriors earlier this month.

It is Houston's confident approach that Haskell pointed to as evidence of the switch in mentality in his transition from rugby to Bellator MMA. 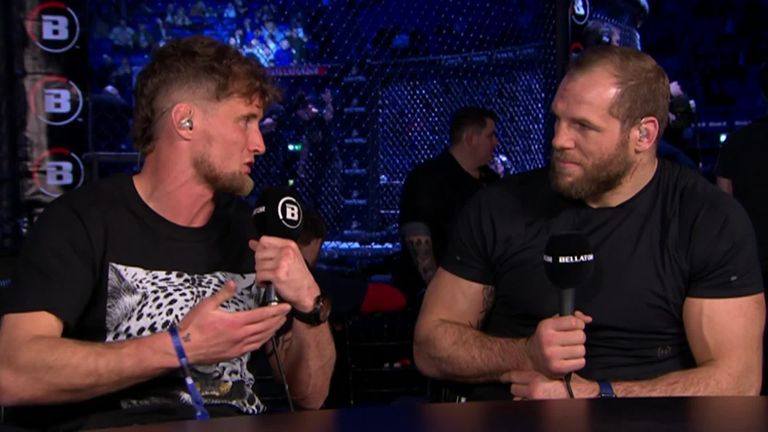 Speaking ahead of his debut, Haskell said: "I'll be very proud, listening to Ross I'm taking notes here on his plan.

"It's a very different mentality from rugby, we spent a lot of time talking ourselves down never talking ourselves up so when I was asked in the press earlier 'How am I going to do?', 'What's my expectations?' my natural thing was to go 'Well, actually I'm just going to try my best, we'll work hard, we'll have a good go'.

"But to be sitting next to somebody of his quality (Houston) is amazing. To come here again with this Irish crowd and see the intensity."

Leah McCourt claimed victory in the main event of Bellator Dublin on Saturday night, as she overcame Judith Ruis via unanimous decision. 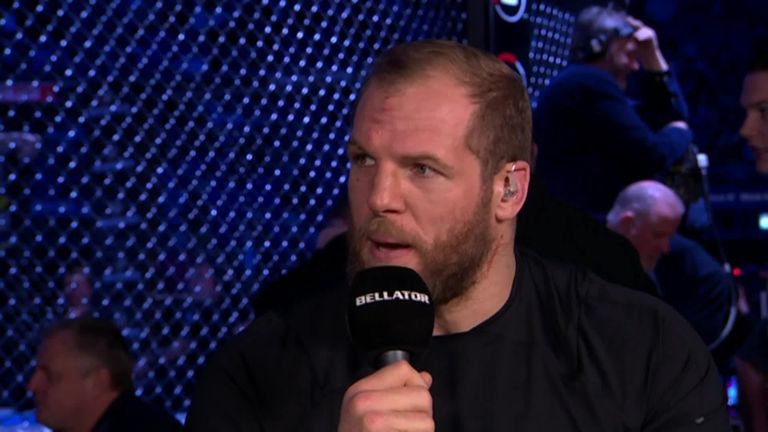 Haskell was in attendance to see Leah McCourt beat Judith Ruis via unanimous decision in the main event, while Aaron Chalmers suffered defeat to Austin Clem.

It won't be long before the 34-year-old finds himself competing, with training having intensified ahead of his maiden event.

"I had full sparring and I was a bit tired but actually to see the cage, to see people, how people fight and see the heart people show, to be amongst top, top fighters is very exciting. I'm very excited about my opportunity now." 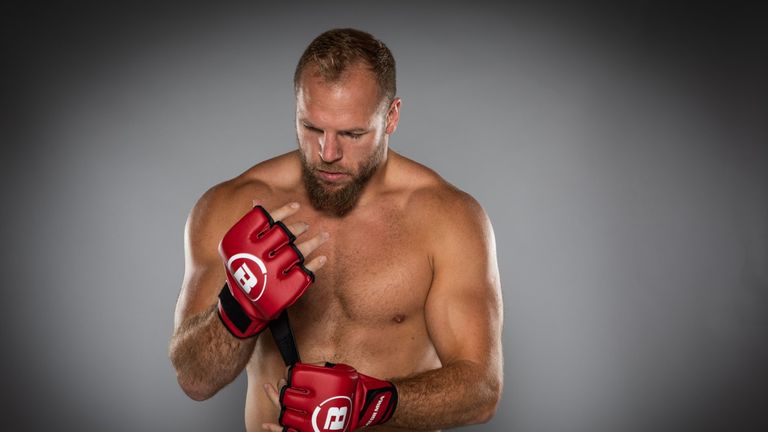 Houston underlined Haskell's experience on the international rugby stage as a key advantage in helping him deal with pressure and potential nerves.

"Obviously James is an international rugby player as well so he'll be used to the big crowds and handling the pressure and performing well," he explained.

"He's obviously had to perform very well throughout his career to get to that international level. The other thing is we've seen some great transitions from rugby players to MMA fighters, everyone knows it's a very physical sport.

"I've played two games of rugby in my life and I got more beaten up in them games than I did in my MMA fights."