Yoel Romero claims he was in talks to face Jake Paul in a boxing bout: "If you're at a restaurant and order filet mignon, you don't want an egg. I appear to be a filet mignon and the Paul brothers look like an egg!" 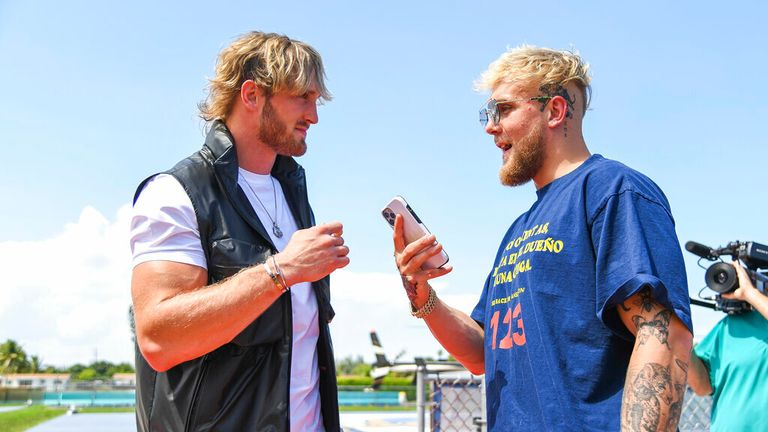 Bellator's Yoel Romero has revealed that he was in talks to face Jake Paul before Ben Askren and says that the YouTuber didn't want to fight him.

The 44-year-old claims that talks started after Romero left the UFC back in December 2020, but for some reason the fight never came to fruition. The Cuban would then go on to sign for Bellator in a major coup for the company.

Speaking via a translator, Romero said: "The first fight that they wanted to put together was going to be against me. When I finished my last fight against Stylebender (Israel Adesanya) at the UFC, one week later they reached out to me.

"My manager contacted Paul's managers. They got together, had dinner, and began to make plans about the fight. But in the end, they decided not to do it and that's when they went with Ben Askren. I don't think Jake Paul will want to fight with me." We speak to Yoel Romero ahead of his Bellator debut. The former UFC middleweight also reveals that he was close to fighting Jake Paul in a boxing match plus gives us his thoughts on when we could see Jon Jones back in the cage.

And when Sky Sports News presenter Ed Draper asked Romero why he thinks Jake Paul didn't fancy the showdown - the 'Soldier of God' lifted his fists to the camera to prove why….

"I like the real boxing," he added. "People who respect their work. If I'm going to go in the ring, I'm going to do true boxing. Because people are paying to see a good job be done in there.

The former UFC title contender hasn't ruled out a future in boxing. Known for his vicious striking in the MMA cage, Romero admits that he's always appreciated the art since an early age.

"That's my passion," he said. "As I child that's all I wanted to be was a boxer. I would love to do a boxing fight; all my trainers are advising me that I should and I'm looking forward to doing it one day."

But first Romero will step into the Bellator cage in his debut for the company this Saturday when he faces Phil Davis in a light-heavyweight contest.

Despite signing back in December, it's been a bumpy road for Romero. Initially entered into the Bellator light-heavyweight grand prix where he was pitted against Anthony 'Rumble' Johnson in a mouth-watering fight, Romero had to withdraw because of injury.

But it's not just the pressure of fighting for a new company, the Cuban will also be moving up in weight. Usually fighting at 185-pounds, this will be the first time Romero has fought at 205-pounds since 2011. Plus, he hasn't been in a cage since that defeat to Adesanya in March 2020, almost 18 months ago. Is he feeling the pressure?

"I feel great," he said. "I say thank you god for everyday and that I can fight for this big company. I'm not nervous, no. Happy. I'm not anxious, just excited.

"Phil is a fantastic fighter. I know him a long time when we were in the same company (UFC) and I always saw him as one of the greater fighters in the light-heavyweight division. When I was going to be in the Bellator tournament, I know eventually I would have to face him if we had won our matches.

"He's a great fighter, he's a very complete athlete. But it's something I must do and it's part of my job. Not personal, just professional.

And when asked for his prediction, all we got was a simple, but impactful: "Yoel wins…."