Michael 'Venon' Page agrees with Jake Paul that MMA fighters are underpaid and believes it's why the likes of Tyron Woodley have "jumped ship" to face Paul; MVP looking for redemption against Doulas Lima at Wembley Arena. 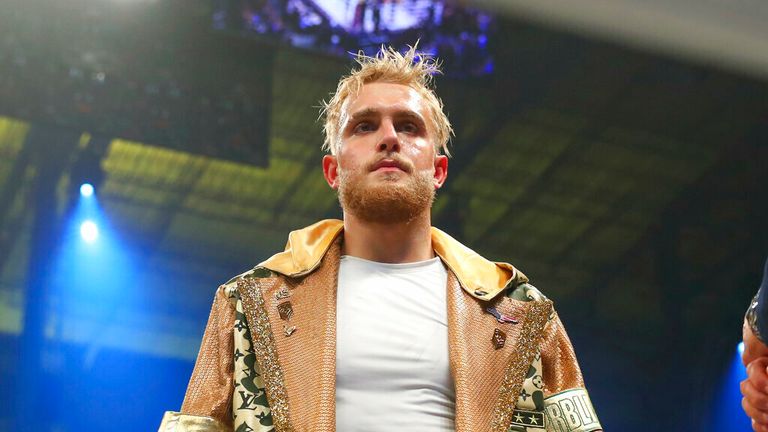 Bellator contender Michael 'Venon' Page is not a fan of Youtuber-turned-boxer Jake Paul or Paul's bouts with MMA fighters, but agrees with Paul that MMA fighters are underpaid.

As MVP prepares for his rematch with Douglas Lima in London on October 1, he is 100 per cent in agreement with Paul's observation that MMA fighters are underpaid - and he reckons that's why UFC alumni Tyron Woodley and Ben Askren were tempted into their contests with Paul.

"Yeah, I'm a massive supporter of what he's doing there, and I completely agree with him on that side. Why is it that fighters are so eager to then jump ship? It's because we're not being paid what we should be paid in our thing," Page told Sky Sports.

"This is why he's completely right. Nobody would entertain these kind of fights, if we were being treated the way we should be treated." 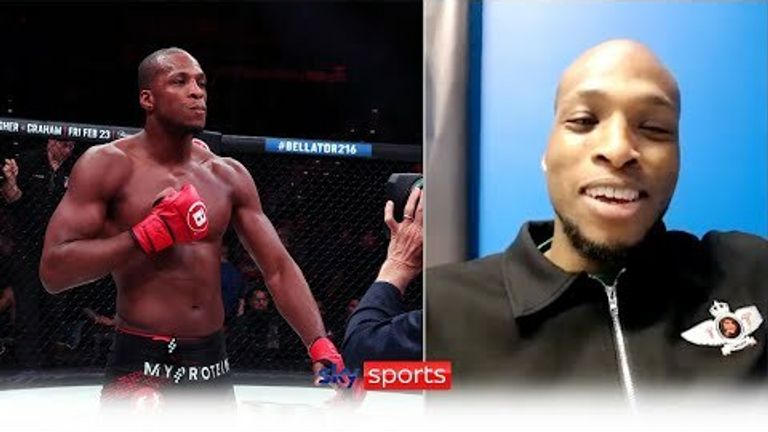 MVP joins Ed Draper as they look head to his upcoming bout with Douglas Lima at Wembley Arena. They discuss what MVP has learnt from their first encounter, fighter pay plus Cristiano Ronaldo's return to Old Trafford

That said, Page, who has boxed professionally, would be motivated to box and beat Paul, not only for the pay packet, but also to restore the reputation of long-standing professional fighters.

"These kind of stuff is it's annoying, I get why it's happening. Obviously, business-wise, a lot of money that's drawn in, but, I thought Tyron Woodley was going to correct this whole crazy world that we're living in right now.

"Just to correct the world, I would definitely jump in and just knock him out, shake his hand afterwards and say 'continue doing what you're doing.' Yeah, I just need to prove to everyone that this is nonsense."

Page has another highly anticipated contest closer at hand. He takes on Douglas Lima (32-9) at Wembley Arena, looking to avenge his loss to the Brazilian in May 2019. It remains Page's only loss in 20 pro MMA contests. But MVP says he won't be making major adjustments to his tactics because the game-plan, up until the second round stoppage, were working well.

"It's weird the tactics were completely on point. I think I was doing everything right every step of the way of the fight, even though we went to the ground, he had nothing he could do. Nullified completely. My strikes were landing to the point where I rocked him," Page recalled. But the Londoner says one lesson he will take into the showdown is to take his time when an opening to end the fight presents itself.

"I saw the finish line and I got eager to cross it. So after I saw his legs go a little bit, I was like, 'OK, now I'm going to apply a bit more pressure'. But he was still there. They say the wounded tiger is still dangerous. I ended up closing a bit too much and was a bit more reckless in my distance, which was my first overeager mistake.

"And then after I got swept, I was trying to again, in that process of seeing that finish line and let me get back up and keep the pressure on him. I got back up like an idiot and obviously didn't remember that the rest of that moment, until I came back to, but up until that point, I genuinely believe that tactics were completely on point. We had him read and I just needed to continue in a more patient way."

Lima has won and lost the Bellator welterweight title since the pair's first meeting and comes to England on a two-fight losing streak. And after three fights overseas, MVP says it's the perfect scenario for him to level the score in London.

"It's been two years, so I'm definitely excited I think it's amazing that it's actually happening, I've got it in the hometown. I feel a lot of my supporters were with me on this journey, When I lost that fight, it hurt them just as much. And now they have the ability to come and witness the redemption," Page said.

And Page, who is renowned for kickboxing and karate skills, is promising an explosive performance come fight night.

"I'm going to be very, very direct, shall I say. And I'm very dangerous when direct, I'm going to take him out in the first round or he's going to try to nullify me by holding onto me or grappling and then it will be the second round that he gets put down."