The Kenyan, who became the youngest winner in London earlier this year, has now won three marathons after victory in Chicago in 2018 and was congratulated by Radcliffe at the finish.

Former world record holder @paulajradcliffe poses with Brigid Kosgei at the finish after Kosgei broke the record this morning at the 2019 @BankofAmerica #ChicagoMarathon 🏆 pic.twitter.com/niyGYZJ5Tp

Meanwhile, Britain's Mo Farah finished eighth in the men's marathon as the defending champion finished more than four minutes behind Lawrence Cherono, who made it a double success for Kenya.

Farah ran his worst marathon run in six attempts since switching to road racing in 2017 as he finished in a time of two hours, nine minutes and 58 seconds.

It has been an incredible weekend of marathon running for Kenya after Eliud Kipchoge became the first person to break the two-hour barrier on Saturday in Vienna. 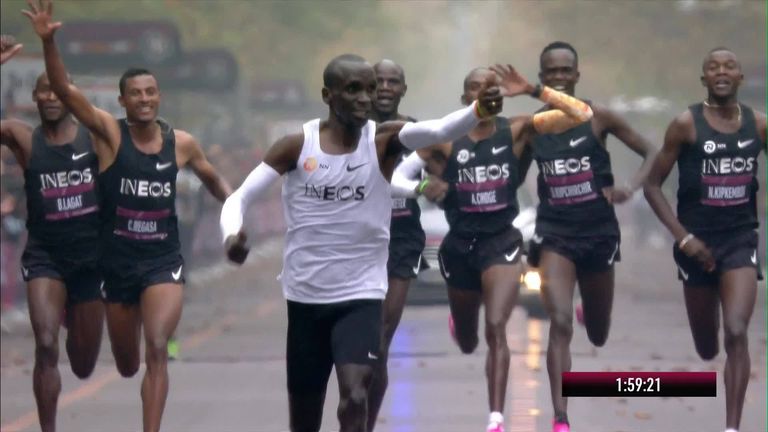 Kipchoge's time does not count as an official world record as it was not under race conditions, with the 34-year-old four-time London Marathon winner assisted by 41 pacesetters who dropped in and out of the race.