Semenya: "Excluding female athletes or endangering our health solely because of our natural abilities puts World Athletics on the wrong side of history."

Double Olympic 800 metres champion Caster Semenya has lost her appeal to the Swiss Federal Tribunal to set aside a 2019 Court of Arbitration (CAS) ruling that female athletes with a high natural level of testosterone must take medication to reduce it.

South Africa's Semenya approached the tribunal in May last year after CAS, sport's highest court, ruled that World Athletics regulations were necessary for athletes with differences in sexual development (DSDs) in races ranging from 400 metres to a mile, to ensure fair competition.

The tribunal found the requirement of subjecting certain female athletes to drug or surgical interventions as a precondition to compete does not amount to a violation of Swiss public policy, Semenya's lawyers said in a statement on Tuesday.

Testosterone increases muscle mass, strength and haemoglobin, which affects endurance. Some competitors have said women with higher levels of the hormone have an unfair advantage.

"I am very disappointed by this ruling, but refuse to let World Athletics drug me or stop me from being who I am," Semenya said referring to the sport's governing body. 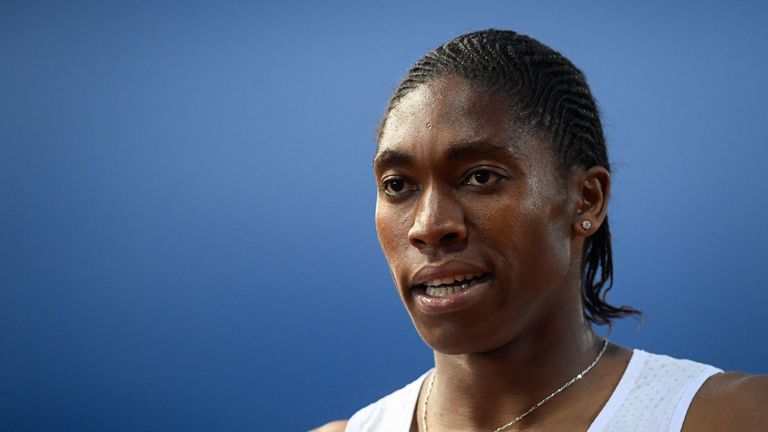 I know what is right and will do all I can to protect basic human rights, for young girls everywhere.

"Excluding female athletes or endangering our health solely because of our natural abilities puts World Athletics on the wrong side of history.

"I will continue to fight for the human rights of female athletes, both on the track and off the track, until we can all run free the way we were born.

"I know what is right and will do all I can to protect basic human rights, for young girls everywhere."

Semenya has already indicated that she would focus on the shorter 200-metres sprint event, which falls outside of the regulations, at the Tokyo Olympic Games that were postponed to next year due to the COVID-19 pandemic.

'Not about challenging an individual's gender identity'

World Athletics welcomed the decision, adding that the DSD Regulations are "not about challenging an individual's gender identity, but rather about protecting fair competition for all female athletes".

A statement from the organisation read: "For the last five years World Athletics (formerly IAAF) has fought for and defended equal rights and opportunities for all women and girls in our sport today and in the future.

"We therefore welcome today's decision by the Swiss Federal Tribunal (SFT) to uphold our DSD Regulations as a legitimate and proportionate means of protecting the right of all female athletes to participate in our sport on fair and meaningful terms.

"We are committed to the full participation of women in the sport of athletics, be that as elite female athletes in fair and meaningful competition, as young girls developing life and sport skills, or as administrators or officials. While there is a lot of work to be done, we are at the forefront of this work, not just for our own sport but for all sport.

"World Athletics fully respects each individual's personal dignity and supports the social movement to have people accepted in society based on their chosen legal sex and/or gender identity.

"As the SFT specifically recognised, however, the DSD Regulations are not about challenging an individual's gender identity, but rather about protecting fair competition for all female athletes.

"The Swiss Federal Tribunal acknowledged that innate characteristics can distort the fairness of competitions, noted that in sport several categories (such as weight categories) have been created based on biometric data, and confirmed that 'It is above all up to the sports federations to determine to what extent a particular physical advantage is likely to distort competition and, if necessary, to introduce legally admissible eligibility rules to remedy this state of affairs.'

"The Court of Arbitration for Sport (CAS) agreed with World Athletics in its 30 April 2019 award and now the SFT has also agreed that 'In some contexts, such as competitive sport, biological characteristics may, exceptionally and for the purposes of fairness and equal opportunity, trump a person's legal sex or gender identity'."

'The CAS decision cannot be challenged'

The Swiss Federal Tribunal concluded: "Based on these findings, the CAS decision cannot be challenged. Fairness in sport is a legitimate concern and forms a central principle of sporting competition. It is one of the pillars on which competition is based.

"The European Court of Human Rights also attaches particular importance to the aspect of fair competition. In addition to this significant public interest, the CAS rightly considered the other relevant interests, namely the private interests of the female athletes running in the 'women' category.

"Throughout this long battle, World Athletics has always maintained that its regulations are lawful and legitimate, and that they represent a fair, necessary and proportionate means of ensuring the rights of all female athletes to participate on fair and equal terms.

"World Athletics remains committed to applying the regulations carefully and sensitively to ensure that 46XY DSD athletes who wish to compete in the female category are able to do so safely and fairly."