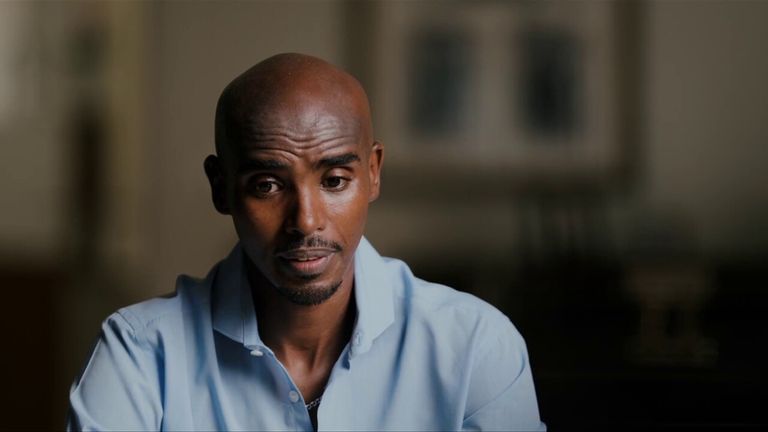 Sir Mo Farah has revealed he was "trafficked" into the UK illegally under the name of another child, saying he wants to tell his real story "whatever the cost".

The four-time Olympic champion told the BBC he was born Hussein Abdi Kahin, brought to the UK with a woman and her children under the name of another boy called Mohamed Farah.

Sky Sports can confirm that no action will be taken against Farah given that he was just nine years old when the trafficking took place, in accordance with Home Office rules that children are not complicit in illegal trafficking. 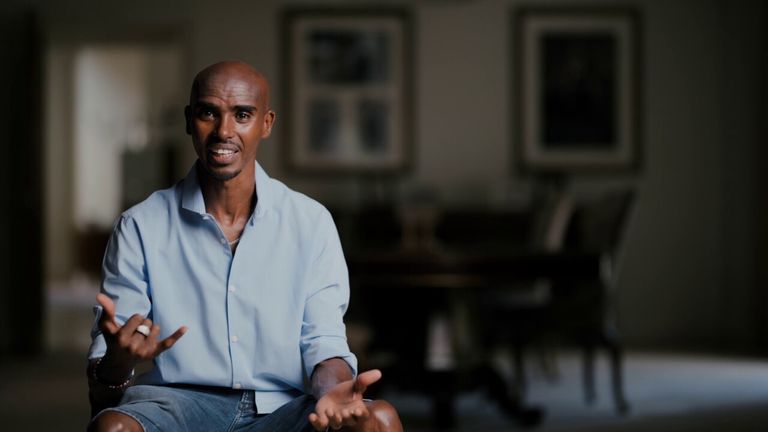 Sir Mo said "the truth is I'm not who you think I am", as he spoke of the traumatic events of his childhood after leaving war-torn Somaliland in west Africa.

He was warned by a barrister that although he was trafficked into the country as a small child and told authorities the truth, there is a "real risk" that his British nationality could be taken away.

However, it is understood the Home Office will not be taking any action against Sir Mo.

A statement provided to Sky Sports said: "No action whatsoever will be taken against Sir Mo and to suggest otherwise is wrong.

"A child is not complicit in gaining citizenship by deception. If a person was a child at the time of fraud, false representation or concealment of material fact was perpetrated that led to citizenship, the case will conclude [sic] that they were not complicit in any deception by their parent or guardians."

It's a tremendously brave story, because there were concerns they had about revealing this because he is a British citizen.

To get British citizenship, you have to reveal your name and how you came to the country. He didn't tell the truth.

I've spoken to the Home Office, no action whatsoever is going to be taken against Sir Mo Farah in relation to his British citizenship.

The rules are actually quite clear, because Sir Mo was trafficked here as a child, and a child cannot be complicit in that.

This is no special case for Sir Mo Farah, these are the rules. He travelled here illegally as a child, he was not complicit in that. So absolutely no action.

Speaking on the documentary The Real Mo Farah, the father-of-four, 39, said: "Most people know me as Mo Farah, but it's not my name, or it's not the reality.

"The real story is I was born in Somaliland, north of Somalia, as Hussein Abdi Kahin. Despite what I've said in the past, my parents never lived in the UK.

"When I was four, my dad was killed in the civil war, you know as a family we were torn apart.

"I was separated from my mother, and I was brought into the UK illegally under the name of another child called Mohamed Farah." 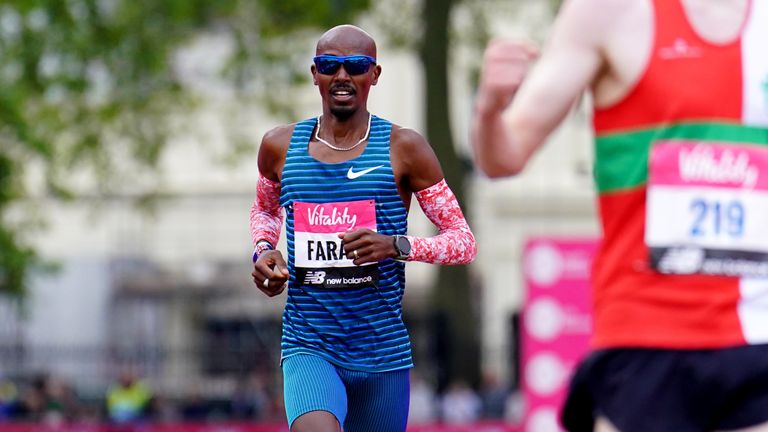 Sir Mo, who became the first British track and field athlete to win four Olympic gold medals, said his children have motivated him to be truthful about his past.

Sir Mo's wife Tania Farah said in the year leading up to their 2010 wedding she realised "there were lots of missing pieces to his story", but she eventually "wore him down with the questioning" and he told the truth.

'I knew I was in trouble'

During the documentary, Sir Mo said he thought he was going to Europe to live with relatives and recalled going through a UK passport check under the guise of Mohamed at the age of nine.

He said: "I had all the contact details for my relative and once we got to her house, the lady took it off me and right in front of me ripped them up and put it in the bin and at that moment I knew I was in trouble."

Sir Mo said he had "not great memories" of his childhood home in Hounslow, where he was told to work around the house if he wanted to eat. 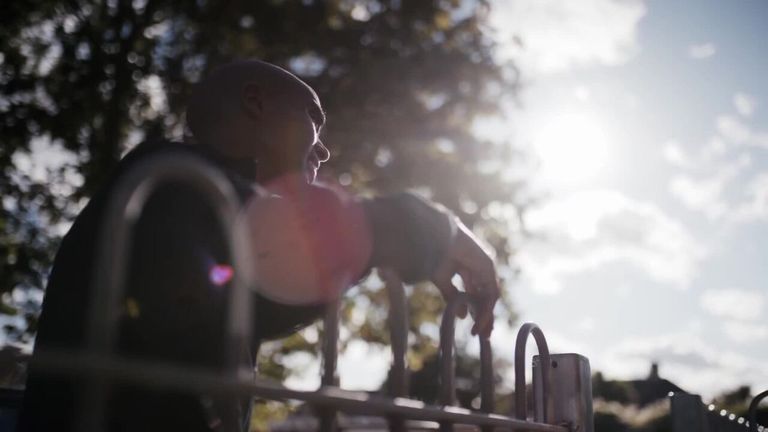 "If I wanted food in my mouth my job was to look after those kids, shower them, cook for them, clean for them, and she said, 'If you ever want to see your family again, don't say anything. If you say anything, they will take you away'."

Sir Mo eventually told his PE teacher Alan Watkinson the truth and moved to live with his friend's mum, Kinsi, who "really took great care" of him, and he ended up staying for seven years.

It was Mr Watkinson who applied for Sir Mo's British citizenship, which he described as a "long process", and on July 25 2000, Sir Mo was recognised as a British citizen.

Sir Mo, who named his son Hussein after his real identity, said: "I often think about the other Mohamed Farah, the boy whose place I took on that plane, and I really hope he's OK.

"Wherever he is, I carry his name, and that could cause problems now for me and my family."

'You're still my brother'

As it happens, the documentary ends with Sir Mo speaking to the real Mohamed Farah.

Speaking on the phone, Sir Mo said: "I can't believe that I'm speaking to you. I carry your name and for many, many years, I carry that with me, and I'm proud you know what I have achieved.

"But as a person I always wonder where's Mohamed, is he okay, what would life have been like for him?

"I think about it all the time and in person I just wanted to get in touch and to see how you're doing."

Mr Farah said he wasn't married or had any children just yet, but had seen Sir Mo running on the TV and like him was an Arsenal football fan.

Sir Mo added: "I just wanna say one thing to you, thank you so much, I use your name.

"I came here as a child and I just wanna say thank you, and it's been hard, difficult."

Mr Farah said: "It's okay, you're still my brother."

The Real Mo Farah will air from 6am on BBC iPlayer and 9pm on BBC One on July 13.