Sir Bradley Wiggins is "the greatest athlete of all time", his former coach Shane Sutton says.

Wiggins - Britain's most decorated Olympian in history with eight medals to his name - announced his retirement from cycling on Wednesday lunchtime after a glittering career spanning more than 15 years.

From Tour de France glory to the Hour Record and Olympic golds...

The 36-year-old won 28 major honours as a cyclist and his achievements include becoming the first Brit to win the Tour de France, becoming world time trial champion in 2014 and smashing the hour record last year.

Sutton told Sky Sports News HQ: "We talk about accolades and they will be coming thick and fast I'm sure, but when I look at this guy I don't just see the greatest cyclist of all time, I see probably the greatest athlete of all time. 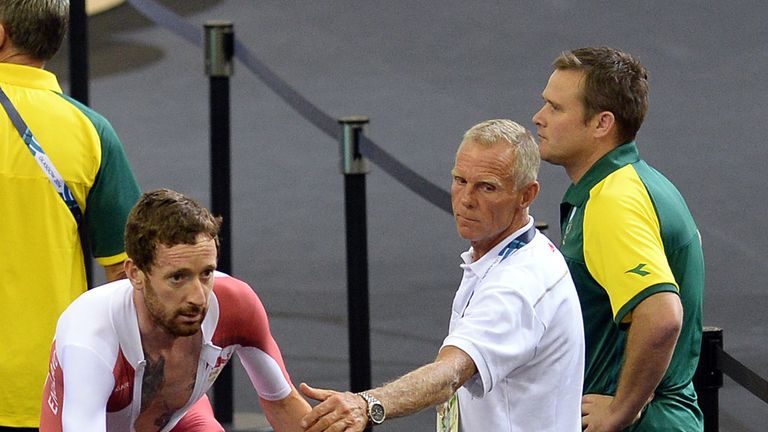 "You look at the Mayweathers and others who have won [boxing] world titles at different weights five or six times. He is up there with all of them, if not better than them.

"People need to put into perspective what he has achieved and the distances he has won it over. He has won everything from a 4000m track race to a three-week tour and in between, he's broken the hour record and he's been world time-trial champion.

Sutton added: "He had passion and desire and he was born to do this. He was born with this gift and he did it with so much ease.

"I think he could have gone right through to the next Games but he's done it all and there's nothing left for him to do. He's his own character, he's full of energy and he's a true professional. [My feeling is] one of sadness really, given what Brad has achieved over the last 12 months.

"He's shown himself to be the best team sprinter in the world but at the same time, I am pleased to see that he is going out on top."