Sir Dave Brailsford has described Team Sky's performances so far in 2015 as their "best ever" start to a season.

The British squad have won the Ruta del Sol with Chris Froome, the Volta ao Algarve with Geraint Thomas and the the one-day Belgian classic Omloop Het Nieuwsblad with Ian Stannard in recent weeks.

They have been the outstanding team in the sport this year and Brailsford believes their form has been better than the back-to-back glory seasons of 2012 and 2013.

He told Sky Sports News HQ: "It's been our best start to the season ever. We've had more victories at this point of the year than we've ever had so it's been a terrific start.

"Last year wasn't the year we had the previous couple of years so we worked very hard through the off-season winter to regroup and reset our goals. Everybody's coming out fighting and the results are starting to come from the right work."

One man who has yet to find his best form is Sir Bradley Wiggins, but Brailsford has tipped the 34-year-old to deliver one last wave of success before leaving the team after Paris-Roubaix on April 12.

He added: "Bradley has been an iconic figure for us in Team Sky and for British cycling. He'll start this weekend in the Paris-Nice stage race in his last stage race for Team Sky. He's won it before and he's ready for it. 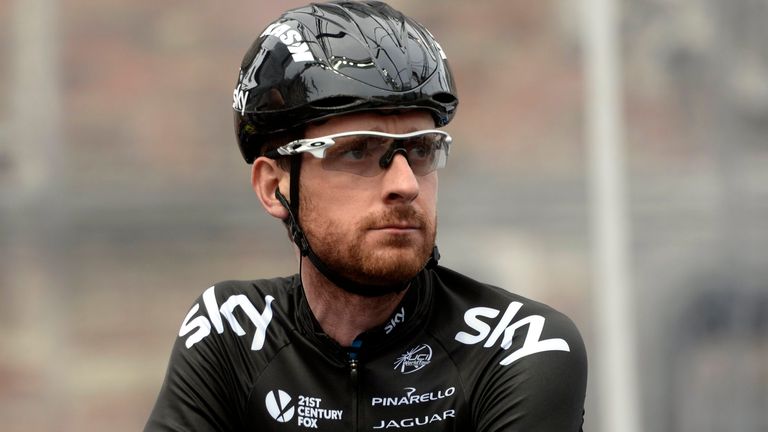 Bradley has been an iconic figure for us in Team Sky and for British cycling. He'll start this weekend in the Paris-Nice stage race in his last stage race for Team Sky. He's won it before and he's ready for it.

"Then we'll go on Paris-Roubaix which will be his last race for Sky - a big one-day classic and he's ready for that too. It'll be sad to see him go, that's for sure.

"There's no reason why he can't go out with a win. He's prepared well, he's focused well and when he does that, he's terrific with preparation. He needs a big stage to perform and Paris-Roubaix is certainly that."

Also on the horizon is the Tirreno-Adriatico, which sees a clash of the 'big four' expected to fight it out for the Tour de France - Team Sky's Chis Froome along with Vincenzo Nibali, Nairo Quintana and Albert Contador.

Brailsford said ahead of the race, which begins on March 11: "It's a big race because in general there are four outstanding candidates for the Tour de France. Chris and Contador have already locked horns and Chris managed to come out on top but now we've got Nibali and Quintana in the mix.

"It's a big battle with the first between the four and hopefully we can come out on top. The way to think about it is you want fierce competition. It brings the best out. We know we need a tough competition to bring the best out of ourselves."

On news that the International Cycling Union are considering stripping the Astana team for a breach of doping regulations, Brailsford added: "I welcome the fact we're all under scrutiny. I welcome the fact that the UCI have reacted in a strong way. There are criteria that must be met by all teams and we're fighting to put the sport back on the map in terms of credibility.

"I welcome the world govering body's stance but they've got the facts and the details and it's they who have to decide on the best course of action.

"It's a report into the best and what's happened in the past has been well documented. The governing body was obliged to conduct a full review of this.

"We can only manage what we do at Team Sky and it's important we recognise our role in helping the sport in good health going forward. We share how we do it and play our role. Some are looking to the past and we're looking to the future."