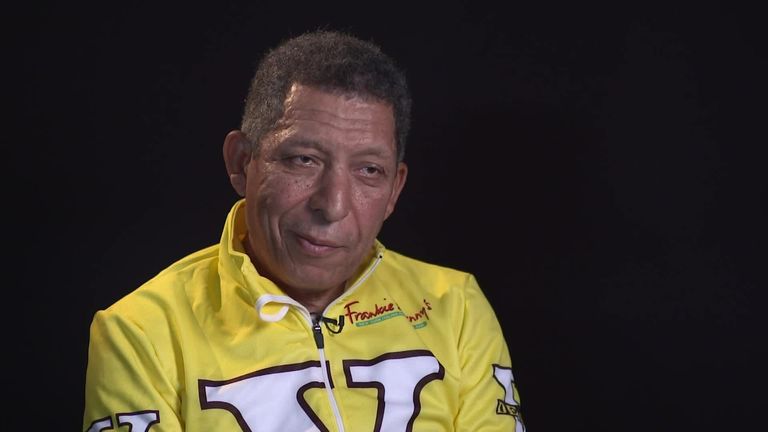 "From here, you can go all the way to the Olympic Games" - that's what Maurice Burton's coach told him when, as an eager young schoolboy, he made his first visit to south London's Herne Hill Velodrome.

In the following years, Burton did pretty much everything that could be asked of him to achieve the dream that, ultimately, would remain unfulfilled.

And 44 years after missing out on travelling to the Montreal Games in 1976, Burton, Britain's first black cycling champion, is convinced his omission had little to do with his ability on a bike.

"They looked at me and for some reason, which we probably, well, you know..." He hesitates. "Put it this way. In 1976, I'd won three British titles and wasn't on the squad."

He never did get the chance to put his name up alongside the likes of Sir Bradley Wiggins, Sir Chris Hoy or Jason Kenny in the long list of British cyclists who've triumphed in the Olympic arena. 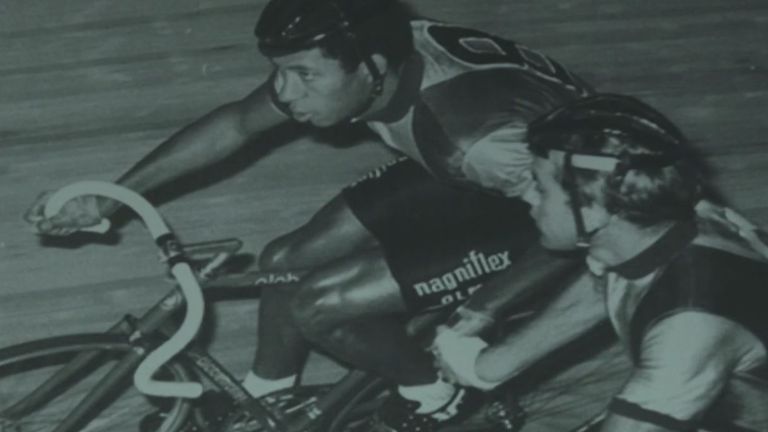 But that tale of Olympic disappointment perfectly sums up a life in cycling that was characterised by a struggle for acceptance, whether from his own father, spectators, or team selectors. His achievements are testament to his individual will and determination, which he first showed in getting his hands on his first bike.

"My dad's from Jamaica. He wanted me to be a lawyer or a doctor. He didn't see the point in me riding a bike," he says. So if his dad wouldn't buy him a bike, the resourceful 12-year-old found another way.

"One day we were coming home from school, we passed this house and I saw this bike in the front garden and so I knocked on the door later and asked the lady about this bike. Apparently the bike had been in an accident, it was a bit bashed up. I got this bike out of a front garden, fixed it up."

He did a good job. He soon found there weren't many who could beat him on a bike when he first took it to Herne Hill. "By the end of the first year in the club, I won pretty much everything. All the championships".

Further success followed. "Starting in 1971, by the time we come to the end of 1973, riding on the same bike, I got selection for the Commonwealth Games."

Burton also won the first of his national titles in 1973, taking first place in the junior sprint race. But it was also becoming clear that there were some in the sport who weren't so happy to see this young, mixed race kid from Catford on the winner's rostrum. 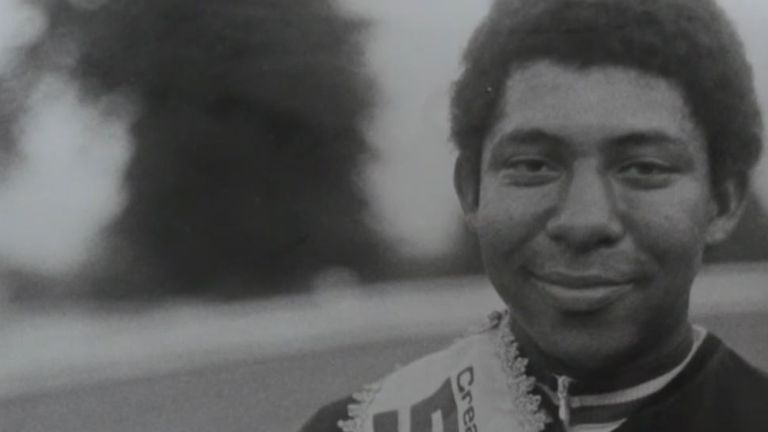 He recalls races where opponents threw their bikes to the floor in anger at losing to him, with one rider even quitting the sport altogether. But the saddest episode came when Burton won his second British title in 1974, this time in the 20km race.

"I beat the Commonwealth Games gold and silver medallists at that distance. I beat them, and didn't just beat them, I beat them by about four lengths in a sprint. I was only an 18-year-old boy and I held those flowers up and there were people booing! I think I had a little grin on my face really, and I thought, 'what do you want from me?'"

Burton was overlooked for that Olympic squad in 1976. His frustration led to him turning his back on the UK.

"I went through the motions in 1976. From my point of view, the reason I wanted to go to the Olympics was because I knew in the long term I wanted to be a professional rider, because I needed to earn. Part of what drove me was financial gain and I knew if I got a result in the Olympic Games that I could go into the pro-ranks at a higher level. I had that one chance and when I realised it wasn't going to work, that's when I left this country and went to Belgium."

He ended up living there for 10 years, becoming a respected rider on the European pro-circuit, competing on both track and road against the likes of Eddy Merckx and becoming friends with Gary Wiggins, Sir Bradley's father. He once even raced in a Belgian national jersey with the blessing of the Belgian federation, an interesting twist given he never got to wear the jersey of his home country. His racing career was eventually ended when he was badly injured in a crash at a six-day event in Argentina in 1984. But his love of cycling remains undiminished. He still rides daily and passed on his passion to his son Germain, who Maurice is pleased hasn't faced the same barriers he had to overcome. "He was a European champion and rode in the World Championships as a junior and they did give him opportunities".

Nonetheless, with just one black rider, Kadeena Cox, on top-level funding with British Cycling, Burton believes more can be done to encourage diversity in what remains a predominantly white sport.

"It's not that they're not accepting riders - they're not outwardly working to bring more diversity into the sport, which is what I think they need to do," he says.

For their part, British Cycling say Maurice's comments are "deeply concerning", with a spokesperson adding: "We are committed to learning from his and others' experiences to ensure that black and minority ethnic riders feel welcomed and supported in the sport today.

"We welcome Maurice's observation that there has been an improvement but we still recognise that a lack of diverse ethnic representation is a significant problem. This is a historical legacy that those of us who love cycling must tackle if we want to say with credibility that ours is a sport open to all."

A lack of representation isn't an accusation that could be aimed at the club Maurice runs from his successful south London cycling shop that he's owned since 1987. Members come from "across the board", he says. "White people, black people, Chinese people, women. To me, we've all got the one thing in common - which is the bike."