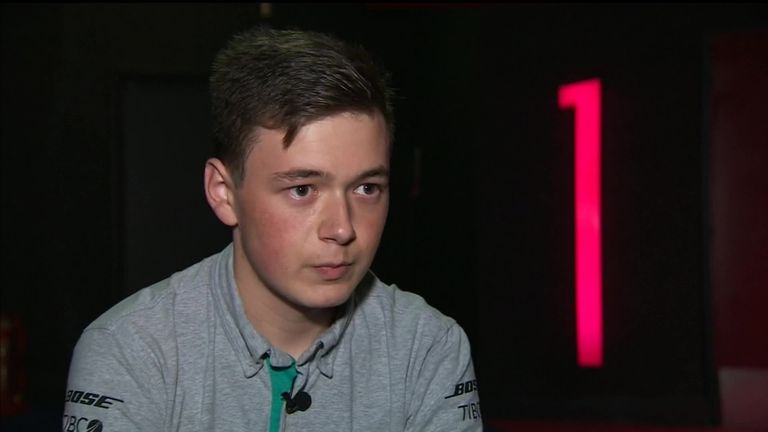 Mercedes' Esports champion, Brendon Leigh, revealed that he lost 20kg in preparation for his title defence ahead of tonight's launch.

The 19-year-old was crowned Formula One Esports Series World Champion in 2017 and said working with Mercedes has been an integral part of his losing weight.

The 2018 F1 Esports Pro Series gets underway at 7pm this evening, live on Sky Sports F1.

"Working with Mercedes in the background to build up to this series has made a huge difference to me because they've been able to help me so much physically," Leigh told Sky Sports News.

"I've lost over 20kg since last year, so it has been a huge programme for me to keep building on the success from last year."