Casey Traill was drafted in the fifth round by the NWHL's Buffalo Beauts; the 22-year-old previously spent four years icing in the NCAA with Vermont-based Castleton University and now hopes others will follow her path 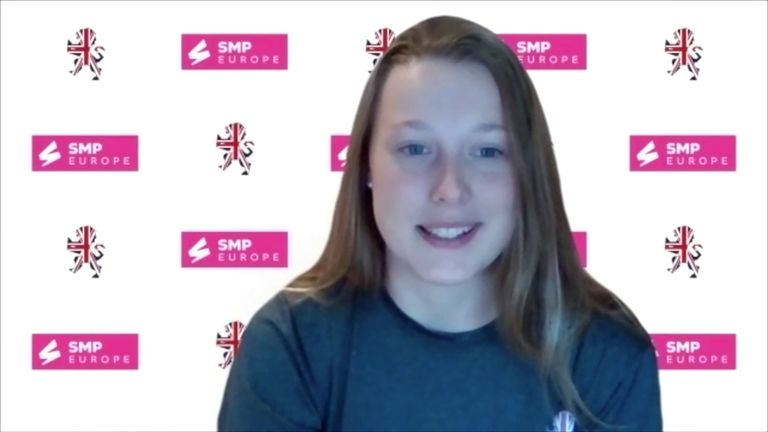 Great Britain's Casey Traill has expressed her pride after becoming the first British player to be drafted to the National Women's Hockey League (NWHL).

The 22-year-old was taken in the fifth round, 25th overall on Tuesday night by the Buffalo Beauts, and will now have the opportunity to continue her career in the equivalent to the men's National Hockey League (NHL).

Traill had spent the last four years in North America, playing close to 100 matches for Castleton University in the NCAA, and has 18 senior caps for Great Britain Women.

With our 5th-round pick, at 25th overall the #Beauts have selected from @CastletonWhky defender Casey Traill (@CaseyTraill) 🇬🇧

Casey is the first British player in @NWHL history to be drafted.

"Having the opportunity to be drafted to any team in the NWHL is an absolute honour," Traill said, who graduated from Castleton this summer.

"It has definitely been a long journey for me, but I could not be more proud to represent British hockey on such a big platform.

"I am extremely grateful to Buffalo for taking a chance on me and hope that I can deliver for them both on and off the ice in the future."

South Shields-born Traill spent the early part of her playing career with Newcastle, Whitley, Billingham and Kingston, before moving overseas to the Ontario Hockey Academy in 2015.

She now hopes to inspire others to follow in her footsteps, in a similar way to Great Britain international Liam Kirk, who recently signed an entry-level contract with the NHL's Arizona Coyotes.

"I wouldn't be in the position that I am today without the love and continued support from my family, friends and coaches and I look forward to hopefully continuing to make them proud," Traill added.

Congratulations to Great Britain Women's Casey Traill @CaseyTraill, who has created history by becoming the first UK player to be drafted to the National Women's Hockey League (NWHL).

We are all so proud of you Casey.

"My goal is to inspire other British players to continue to play and push boundaries, even when they think nobody is looking our way because you never know when or how your chance will come.

"I may be the first British woman drafted but I know for a fact that I won't be the last. I'm excited to see what the future has in store, not only me, but for the other British players following as well."