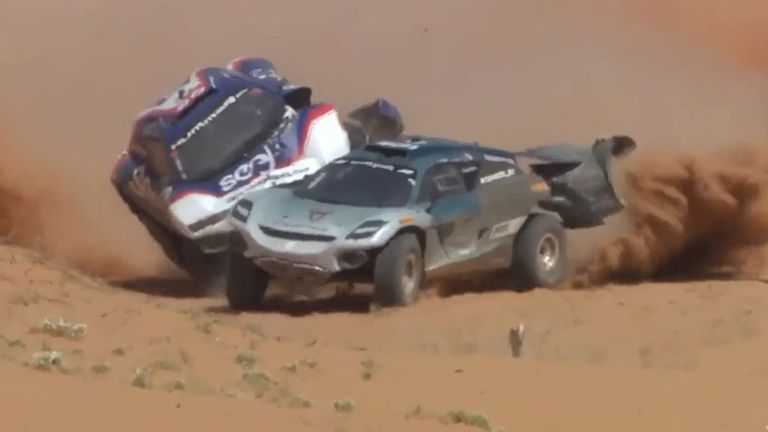 The new all-electric motorsport format focused on sustainability, which started with time trials on Saturday and then continued with semi-final heats on Sunday morning, saw the respective teams owned by former F1 rivals Rosberg and Lewis Hamilton joined by Andretti United in the grand final.

Amid the challenging desert conditions of sand and rock, Rosberg X Racing's Johan Kristoffersson, a three-time World Rallycross champion, claimed the lead with a switchback into Turn One from a fast-starting Andretti United car of Timmy Hansen.

After the mandatory driver switchover at the end of the first lap, team-mate Molly Taylor comfortably held the position through the second 9km tour to secure the maiden win for Rosberg and his team.

P1 victory!!! What an amazing drive from @JohanKMS88 and @molly_rally! The perfect end to a perfect race weekend. https://t.co/VXdHbyiuR8

"It's insane," said 2016 F1 champion, Sky Sports pundit and now Extreme E team owner Rosberg, who has been in attendance in Saudi Arabia. 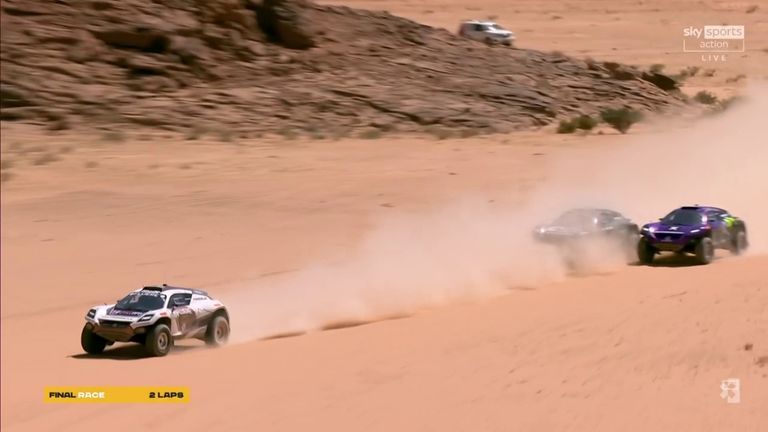 "Just so thankful for the whole effort the team did this weekend. We have worked together so well and specifically Molly and Johan, what phenomenal driving they have done all weekend. It has been such tough conditions and they have not a foot wrong.

Rosberg's team earlier won the semi-final, the first time the Extreme E cars had gone wheel to wheel, and had also set the fastest aggregated time in qualifying only for a time penalty to drop them to third in that classification. 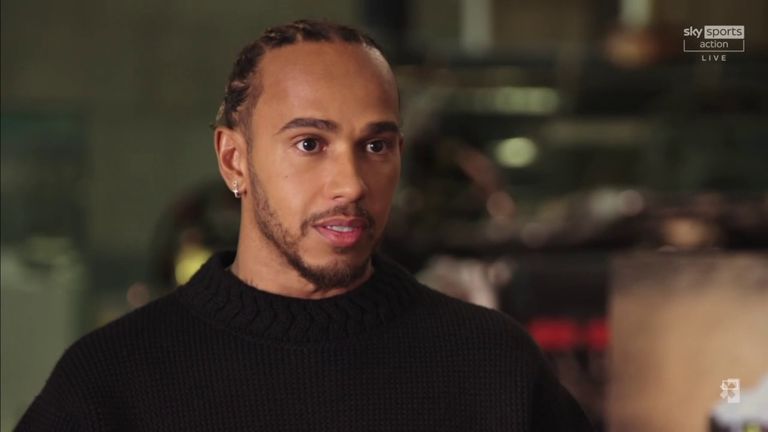 Sky F1's Jenson Button and his JBXE team had earlier finished in sixth place overall after taking third in the second semi-final, dubbed the 'Crazy Race', from which winners Andretti United qualified for the final.

Sunday morning also featured a 'Shootout' race featuring the slowest teams from qualifying, from which championship points were available but not qualification for the final.

That race produced the second day's big incident when the only two participants collided on the second and final lap. Chip Ganassi's Kyle Leduc had been unsighted in the dust as he fast-caught Claudia Hurgten's and slammed into the back of the ABT Cupra SUV.

On Saturday, Hurgten had had a huge accident when her SUV barrel-rolled twice. 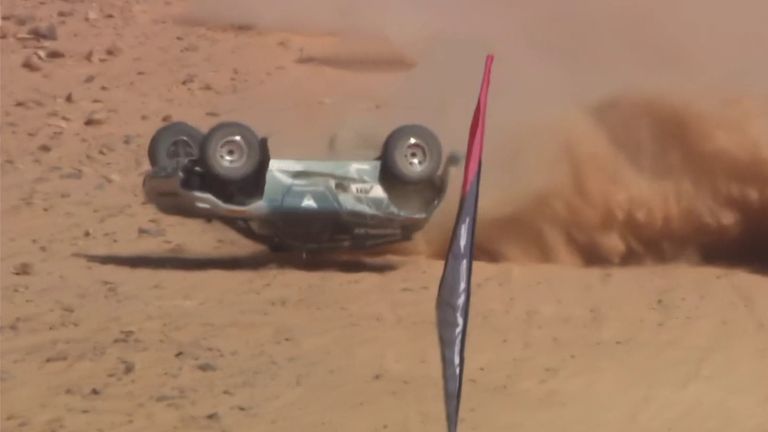 The Veloce team were forced to pull out mid-way through Saturday's running due to damage after Stephane Sarrazin crashed in first qualifying, meaning British team-mate Jamie Chadwick was unable to complete a competitive lap all weekend.

It's from the Saudi Arabian desert to the Lac Rose in Senegal for round two and Ocean X Prix, which takes place on May 29-30. Sand, salt beds, gravel, rocks and undulations, the event on the west coast of Africa will shed light on rising sea levels, marine ecosystem degradation and desertification.