In focus: Sportswoman of the Year

We profile the six contenders for the 2017 Sunday Times Sportswoman of the Year Award. Who will take the main prize?

On Thursday night, the sporting world will celebrate a memorable 2017 for British female sport at the 30th Sunday Times Sportswomen of the Year Awards in association with Vitality.

How to stay across all the build-up, and the big night itself on Thursday...

With voting now closed, there are seven categories for which the prizes will be handed out. As well as recognising the achievements on the field, the Awards celebrate the outstanding contribution to sport made by elite athletes, coaches, administrators, community volunteers and inspirational women.

Here, we run the rule over the six contenders for the Sunday Times Sportswoman of the Year...

Britain's star performer at the world track cycling championships in Hong Kong in April where she claimed three brilliant medals.

The 23-year-old, already a team pursuit Olympic champion, won gold in the 25km points race and silver medals in the Madison and Scratch race

Awarded the MBE for services to cycling in the 2017 New Year honours list.

In Focus: Vitality Team of the Year

A cornerstone of England's success at the Women's Cricket World Cup, Beaumont was voted Player of the Tournament having piled up 410 runs in her maiden tournament at an average of 45.55.

The 26-year-old wicketkeeper/opening batswoman played an instrumental role throughout, with a record-breaking 275-run partnership alongside Sarah Taylor against South Africa one of the highlights.

The pair set the highest partnership for any wicket in the history of the women's World Cup and in total, Beaumont scored an incredible 148 off 145 balls, with 22 fours and a six. And against New Zealand she was at it again, this time with Natalie Sciver, where she set the record fourth-wicket partnership in a 170-run stand.

She is also the fourth fastest Englishwoman to score 1,000 ODI runs.

In Focus: Young Sportswoman of the Year

Having won eight world championship medals before this year, but none of them gold, the Scot stormed through the year to sweep all before her at the World short track speed skating championships in Rotterdam in March.

As well as third and fourth place finishes she won the 1,000m and 1500m before claiming the overall title for a third gold medal of the week...

The Scot, who considered quitting after being disqualified from all three of her events at the 2014 Winter Olympics, became the first British woman to win a world title in the sport and her overall victory saw her break 23 years of Asian dominance when she was crowned the overall world champion.

Injury has ended an incredible season early for the British no 1 but it has been a memorable 2017 for the 26-year-old, who is currently the world No 10.

Having begun the year with titles in Sydney and Miami, the high point for Konta came at Wimbledon where she became the first British woman to reach a Wimbledon singles semi-final in 39 years, beating Simona Halep on the way and rising to a career-high No 4 in the world.

Ultimately she was beaten by Venus Williams in the last four but she can look back on another landmark season that saw her on the brink of a place at the prestigious end of season WTA Finals.

In Focus: Disability Sportswoman of the Year

The first Englishwoman to receive the Golden Shoe Award after top-scoring at the Euro 2017 finals.

The 31-year-old Arsenal Ladies striker scored five goals in four appearances as the team enjoyed a memorable run to the last four when they were eventually beaten by hosts Holland.

Walkden took bronze at the Rio Olympics in 2016 and admitted that failure in Brazil drove her on as she retained the title she won brilliantly in Russia in 2015. 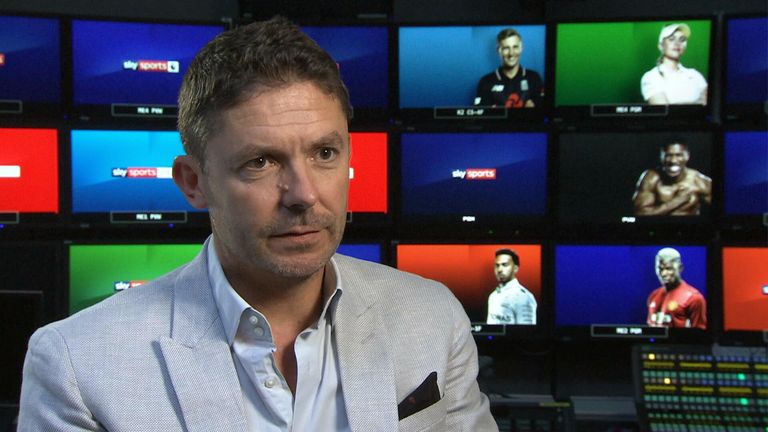 It has been a game-changing year for women's sport and throughout 2017, Sky has been covering fantastic team and individual successes across our channels. Our support of women's sport has never been stronger and we are looking forward to broadcasting SWOTY and celebrating the achievements of this year's sporting stars.

You can watch coverage of the Sunday Times Sportswomen of the Year Awards in association with Vitality on Thursday from 8pm with live coverage underway on Sky Sports Mix, Sky Sports Arena and Sky Sports Main Event