Simone Biles, McKayla Maroney, Maggie Nichols and Aly Raisman appeared before the Senate Judiciary Committee as part of a hearing on the FBI's mishandling of the investigation into Larry Nassar 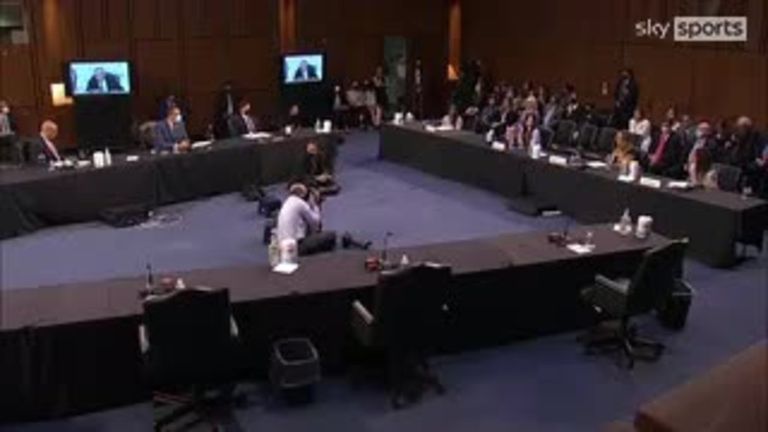 Biles, along with former team-mates Aly Raisman and McKayla Maroney, testified before the Senate Judiciary Committee, who are examining shortcomings in the FBI's investigation into Nassar.

He is serving up to 175 years in prison for sexually abusing athletes in his care.

"I blame Larry Nassar, and I also blame an entire system that enabled and perpetrated his abuse," said Biles, the most decorated Olympic gymnast of all time.

"If you allow a predator to harm children, the consequences will be swift and severe. Enough is enough," she added.

An internal investigation by the Justice Department released in July said that the FBI made fundamental errors in the probe into Nassar.

Maroney, another gold medal-winning gymnast, recalled how in 2015 she spent three hours on the phone telling the FBI the details of her story that her own mother had not even heard.

"I think for so long all of us questioned, just because someone else wasn't fully validating us, that we doubted what happened to us," Maroney said. "And I think that makes the healing process take longer." 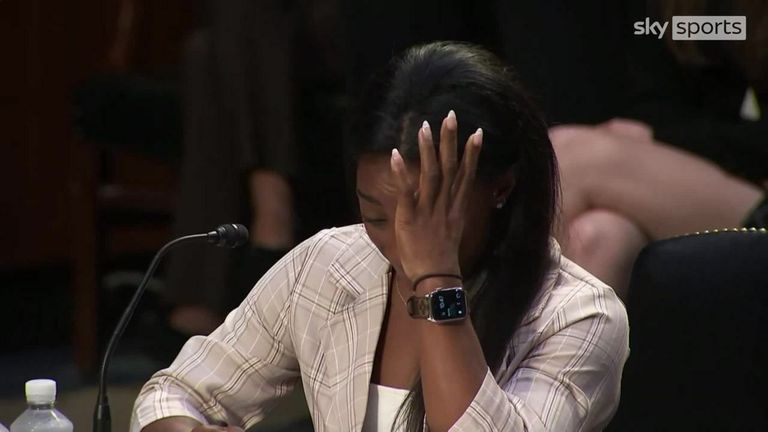 Maroney added: "Not only did the FBI not report my abuse, but when they eventually documented my report 17 months later, they made entirely false claims about what I said."

In total, Nassar was accused of sexual abuse by more than 330 women and girls at USA Gymnastics and Michigan State University.

Several of the gymnasts said they were furious that the FBI failed to immediately interview them about the abuse after they had reported it.

"I remember sitting with the FBI agent and him trying to convince me that it wasn't that bad," Raisman said.

"It's taken me years of therapy to realise that my abuse was bad, that it does matter."

FBI Director Christopher Wray told the Senate panel that the actions of the agents who botched the investigation are inexcusable, and he announced that one of the agents "no longer works for the bureau in any capacity".