"It was supposed to be a huge year for sports, with the long-awaited Tokyo Olympics. It was also going to be a year that really mattered in my own career.

"Climbing was to make its debut in Tokyo and I was ready to give my all to be there. Instead it was Zoom 'pub quizzes' and virtual birthdays!"

The words of climber Molly Thompson-Smith who describes 2020 as a year that's been "incredibly eventful and uneventful at the same time".

The Sky Sports Scholar opens up on a crazy year and how time has enabled her to reflect proudly on her efforts at the European Championships despite agonisingly missing out on the Olympics...

"My last qualification chance was set for March at the European Championships. Like many others, when Coronavirus first appeared on Europe's radar, I wasn't too worried. I was sure it would be a passing illness.

How wrong. When I heard that the Europeans had been postponed, I had secret joy. The finger I had surgery on a few years ago had given me great trouble during winter training and I had rushed back to a 'good' level of fitness for this event. 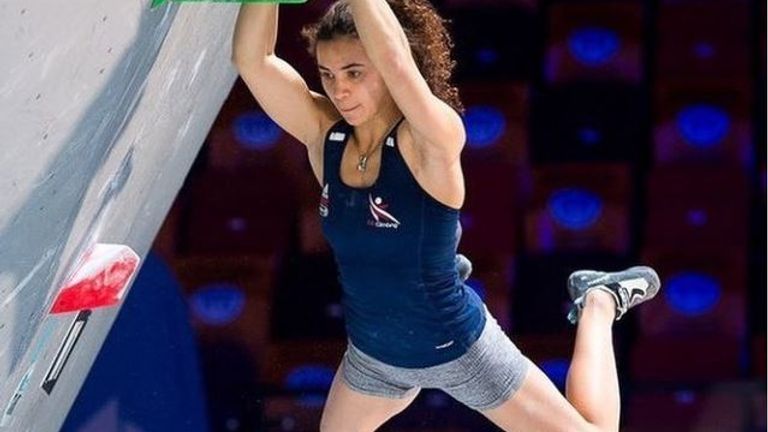 This postponement meant more preparation. I was motivated rather than disappointed. Finally I was healthy rather than nursing an injury - feeling positive rather than deflated.

I can say this year was a good one on the whole but more difficult than I had imagined it to be when I received the postponement news.

Athletes have this super skill of being incredibly focused and determined for periods of time when they have to be. Off-season is also where we can really take relaxing to a new level and completely 'switch off'.

Personally, one of the hardest parts of this year was the lack of a clear switch on and off period. I spent the first half of the year optimistically training, ready for the championship on the new date, and then its next new date etc.

And then the situation in Europe really deteriorated and the idea of having any season at all this year was more of a dream than a reality. I turned to the rocks where motivation was easier to hold on to, and I could show myself the hard work I was putting in the gym wasn't going anywhere.

It did wonders for my head, for my mental health and improving my decision-making and staying calm under pressure. It gave me some direction in a pretty directionless year.

Then news came that the European Championships would be in November, or not at all.

That was a hard pill to swallow. Looking at Europe, and in particular in Russia, it felt almost stupid to believe the event would go ahead. All my aspirations for Olympic qualification could be gone without me even having a chance to fight for it.

I stayed positive and trained hard, hoping my efforts and positivity would somehow be rewarded. I left my partner in Germany and headed to a 'locked down' Sheffield to train in the last month before the event with my team-mate Will Bosi who would also be the only other Brit in Moscow.

I really enjoyed the build-up and found the lockdown gave me a focus I hadn't had before - I really had nothing else to do, other than commit to this dream. No distractions at all.

It still didn't feel real until my first day in the arena.

It took me a few rounds to re-find my comp head again - it had been over a year since my last proper international outing. And despite each day bringing more pressure and consequence to that one big goal, I found myself enjoying it more and more. This is what I'd been waiting all year for.

Eventually the championship events finished, and I was delighted with a bronze medal in my preferred discipline (lead). But my focus was still on the combined.

I battled my way through the combined qualifiers and made the final day. I was battered - skin bleeding, muscles sore and mind fatigued. But it was one more day and I wanted to give it my all.

Unfortunately, I just didn't have it on that final day. And a few weeks later, I'm now just about OK with that. I tried hard and gave it my best and it wasn't enough.

After my few days of disappointment, I've been able to sit down and think about what happened and here's the summary….

This year we had a pandemic that was pretty crazy. I still spent the year training with limited facilities for an event that miraculously went ahead. I flew to Russia and competed, giving it my all on every single day.

I came home with a bronze medal and got pretty close to the Olympic qualification I'd been dreaming of.

So was the year perfect, or in any way how I'd expected it to go? No, not at all. Am I proud of myself and hopeful for the future? Totally.