Watch the second episode of Rise With Us On Demand; listen to the podcast, look out for bespoke videos on the Sky Sports YouTube channel, and take part in a workout, in partnership with Fiit, using the Fitness App on Sky Q 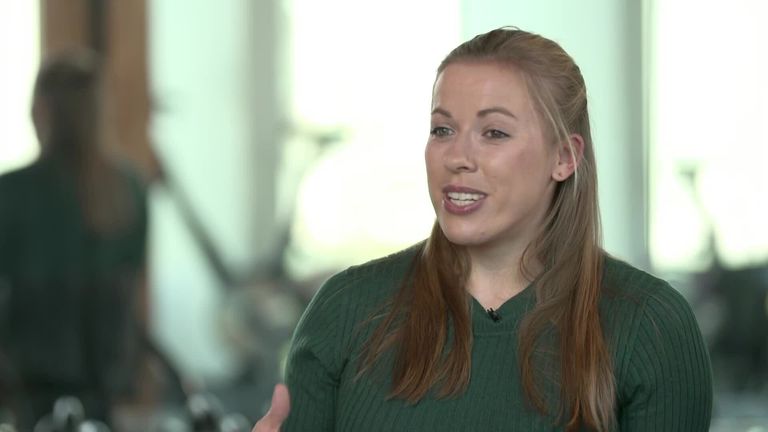 Hannah Cockroft openly admits that she "really struggled" with the postponement of the Paralympic Games and that she worked to restore her motivation in the aftermath of the news.

Cockroft was speaking to Hannah Wilkes on the second episode of the new show, Rise With Us, which is available to watch On Demand, stream on the Sky Sports YouTube channel, and can be listened to in podcast form.

The series features top athletes and fitness experts talking about what makes them tick and keeps them motivated.

During each episode, Wilkes gains insights into their mindsets and also looks at their little everyday wins to get ideas and tips to help us all rise up to our day-to-day challenges.

With a CV of that calibre, it doesn't need to be said that Cockroft was looking at the Tokyo 2020 Paralympic Games with gold medals in mind.

In an interview with the organisers back in January last year, prior to any indication of the games being postponed, Cockroft clearly laid down her ambitions.

"I want to win gold medals. I don't think you should ever come to a championship and wanting anything less than the best," she said. "I'm not going to lie, I love winning."

What a journey its been 😱
10 years ago today I pulled on my first ever @BritAthletics vest, at my first ever international event & climbed onto my first ever podium 🥇
What a 10 years it has been! 5x Paralympic champ, 12x world champ & so many memories.
Here’s to the next 10 😉 pic.twitter.com/lmBR0dG8wl

At that point in January 2020, few could have predicted what was about to happen in the world.

Just a couple of months later, once the extent of the global pandemic became clear, the ICO and the Tokyo Organising Committee officially announced that the 2020 Summer Olympics and 2020 Summer Paralympics would be postponed by a year.

The postponement is the first in the Olympics' 124-year history, having only ever previously been cancelled in wartime, and Cockroft remembers the day that the news broke well.

"The postponement of the games was really tough; I was the one in the house who cried. I really struggled with it," said Cockroft, who lives with boyfriend and fellow Paralympic athlete Nathan Maguire.

"I just felt like I was there, and I was ready to go. I was training really well, and I knew that it was going to be a good year.

"When you've been aiming for something for so long, when that gets taken away it's heart-breaking.

"My motivation dipped a lot. Training last year, it was like nothing I've ever done before. We had to be very creative; obviously tracks and gyms were shut, so I found a lot of new roads to go and train on in my local area. We built a gym in our garage; we changed our spare bedroom into a roller room.

"The roller for a race chair is a bit like a treadmill that you put the race chair on; so you can push but not move anywhere. I did a lot more training on that than I would normally like to do.

"I spent a lot more money on gym [equipment] than I would normally like to do but I just wanted to get to Paralympic year and have no excuses. I wanted to know that I was all set.

"I think just having it [training] there in the house, my boyfriend and I just kept on saying to each other that we had no excuses. We had the equipment and we had nothing else to do, so we just trained.

"Every day, we got up and trained, that was our routine. It was something to get out of bed for and it meant that, at the end of the day, we'd done our job. We'd done absolutely everything that we could do because we didn't want to get to 2021 and think, I wish I'd done that session."

One practice that plays a key part in any athlete's life, particularly in the build-up to major competitions, is setting and striving to achieve goals. It's something that's at the heart of elite sport.

For Cockroft, her goals centre around the road to winning gold medals, but she knows that the process can work outside of elite sport, and she shared her advice to others setting fitness goals in their day-to-day lives.

"Don't be too hard on yourself," she said.

"You've got to set manageable goals too. It's fine, me saying that I wanted to be Paralympic champion when I was a kid, but you need to think about how you get there and break it down. 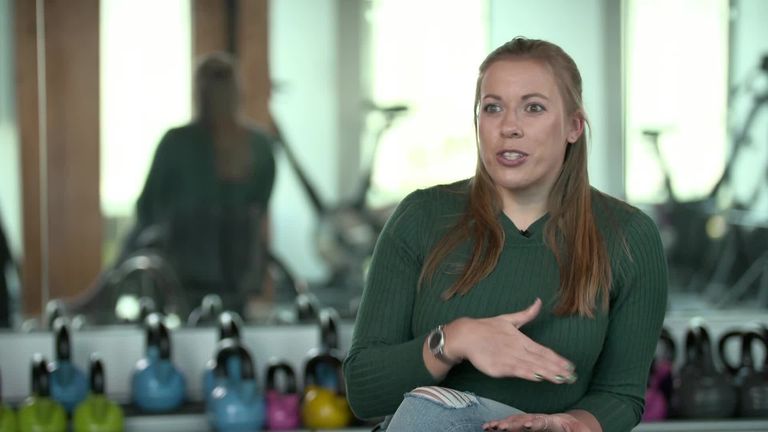 "I would say, think about what is it that you're going to do," she added. "Make it manageable, because if you set yourself this huge goal which takes hours out of your day, you're much less likely to do it.

"One really important thing, is to be proud of what you do," Cockroft stressed.

"Don't beat yourself up over missed sessions or things that you don't manage. Instead, recognise the little things that you do manage to do, and then you'll feel so much better and actually realise your own progress.

"Give yourself a pat on the back and enjoy it because ultimately, fitness is not a punishment. It is supposed to be fun!"

Watch the third episode of Sky Sports' brand new series Rise With Us with Hannah Cockroft on YouTube, and On Demand.